Share
Scotland is a traveler’s paradise: a country impressively endowed with physical grandeur and rich culture. Scotland is world-famous for its raw scenery, from mountain heights to deep, shimmering lochs. The country is roughly divided into the Lowlands and the Highlands—the boundary between the more pastoral Lowlands (which nonetheless include the scenic and sometimes-isolated Southern Uplands) and loftier Highlands marked by a great fault—and also includes nearly 800 islands. 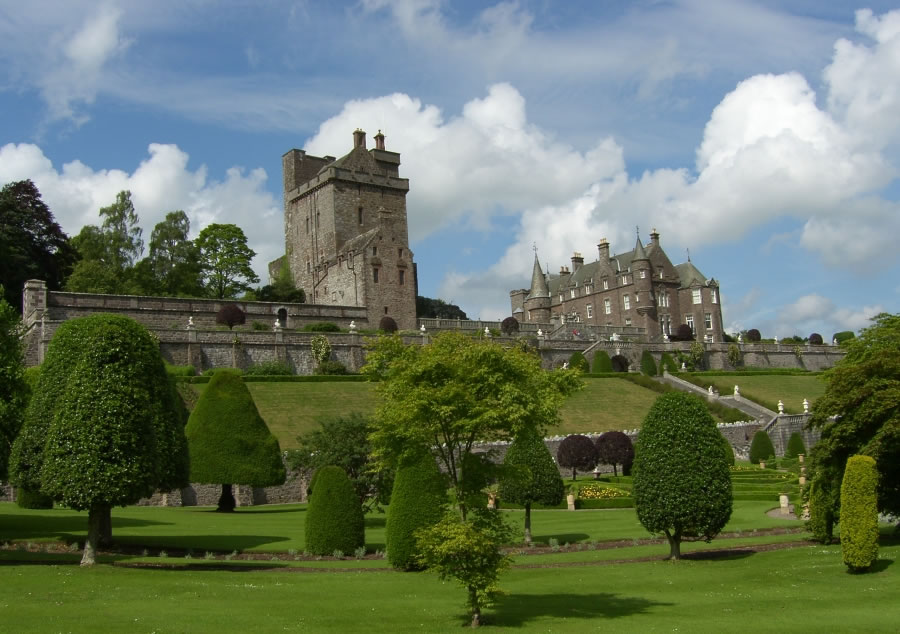 The majesty of Scotland’s physical landscape mirrors the complex depths of its human history. From Pleistocene hunter-gatherers to the now-vanished Picts, its cultural heritage stretches back thousands of years, and the open country preserves some physical evidence of that heritage. One of the country’s most famous landmarks is Hadrian’s Wall, an extensive stone fortification built by the Romans to mark their advance northward into Britannia. Much of the wall still stands, and long-distance walkers can trace it across miles of countryside and towns. 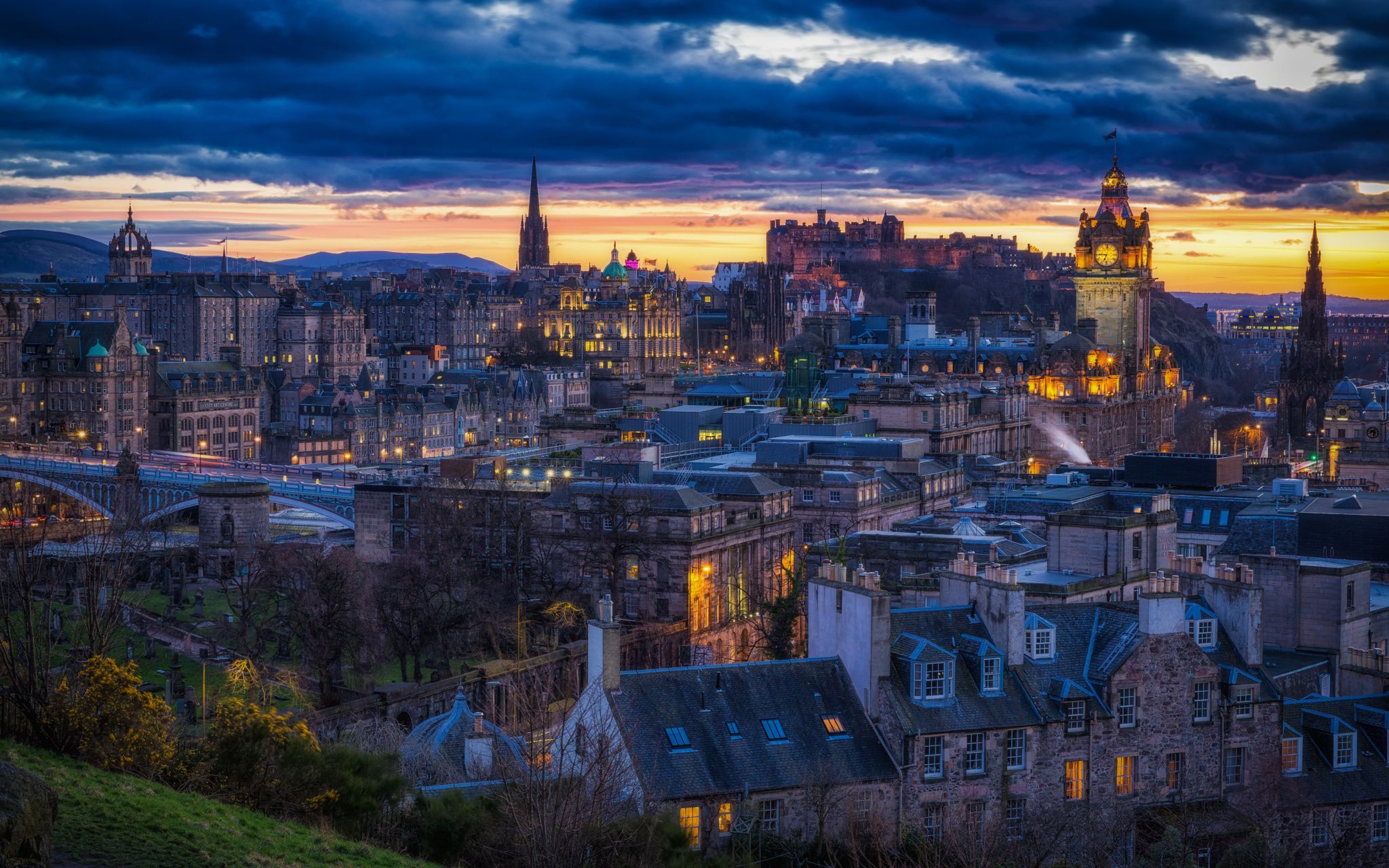 Scotland maintains a proud hold on its own distinct cultural heritage within Great Britain. There are, of course, the famous tartan-patterned kilts and keening bagpipes, long symbolic of the country. These go particularly well against a backdrop of the famous Highland games: large festivals of music and sport, well-known for the lively, lusty competitions of the caber toss and the stone put. There’s also the country’s love for the written word; few native sons are as celebrated as the poet Robert Burns, whose verse is still bandied about freely.

One aspect of the country is certainly old-style Gaelic and Celtic tradition and the wild, rustic beauty of its hinterlands, but Scotland is just as much about cosmopolitan vitality and economic bustle: The cities of Edinburgh (the capital) and Glasgow (the biggest) are rich in history, art, and architecture, not to mention hugely important centers for finance, trade, and tourism.

Scotland is, naturally, the source of Scotch whiskey, the smoky taste of which is indelibly associated with the brown crags, moors, and glens of the countryside.

Scotland ranks as one of the premier destinations for tourism and wilderness travel in Western Europe; the scale of its rugged terrain is unmatched anywhere else in Great Britain. The Scottish Lowlands host much of the country’s population, while the famous Highlands have many lonely, windswept reaches of jaw-dropping scenery. Scotland’s highest point—4,409-foot Ben Nevis in the Grampians-Cairngorms ranges—is also the loftiest peak in all of the British Isles. Ben Nevis serves as the endpoint for one of Europe’s great walking treks: the West Highland Way, a 95-mile hike amid some of the most striking landscapes Scotland has to offer. 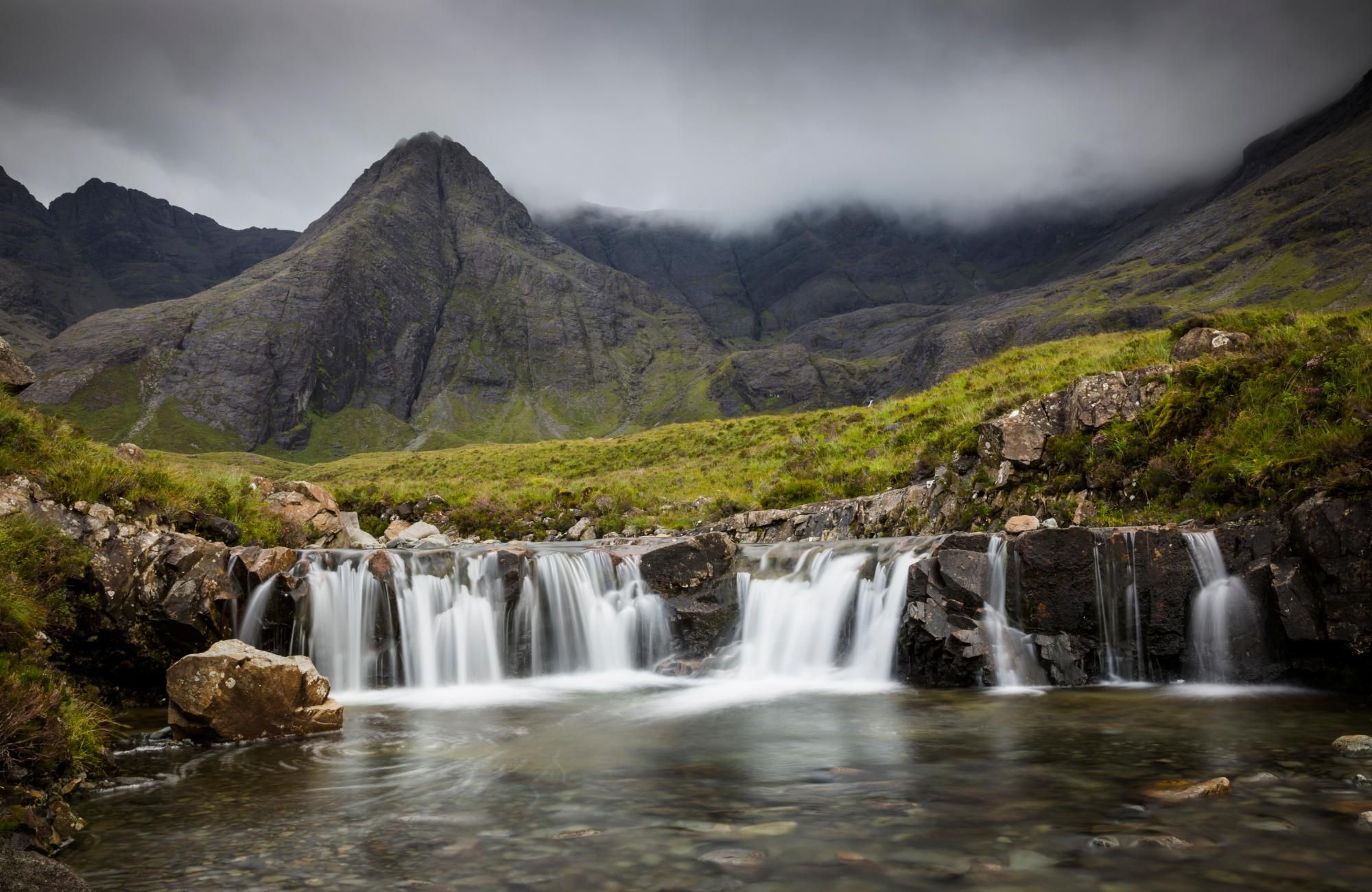 The barren face of much of Scotland is the result of anthropocentric timber-cutting and agriculture; only tiny remnants of the Caledonian forest, the pine woodlands that once cloaked the Highlands, as well as virgin oak woods in the Lowlands, remain. 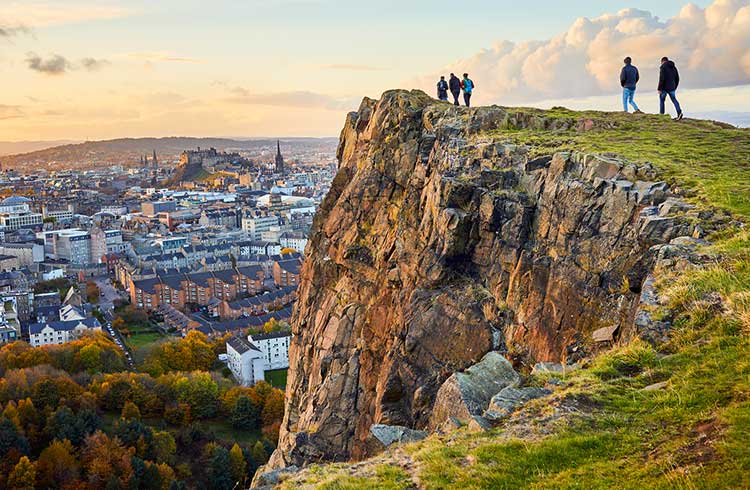 While many of Scotland’s large mammals have long since died out in the face of human progress and hunting, the country is still a fine place to see rare creatures like the golden eagle, the white-tailed sea eagle, the pine marten, and the capercaillie. Offshore, its rich, cold marine waters support beasts like the orca, the basking shark, and the grey seal. In the Highlands, you have a good chance of spotting one of the country’s iconic creatures, the red deer; the sight of a big-antlered snag on high moorland is unforgettable.

Scotland is notorious for its tempestuous weather, and it’s true that driving rain, frigid damp, and, depending on the location, blowing snow define the atmospheric conditions much of the year. However, the country is actually notably milder than its latitude would otherwise suggest; partly courtesy of the North Atlantic Current, which transfers warm waters of the Gulf Stream to the vicinity of the British Isles and Scandinavia, Scotland is balmier than, say, northeastern Canada, across the pond. 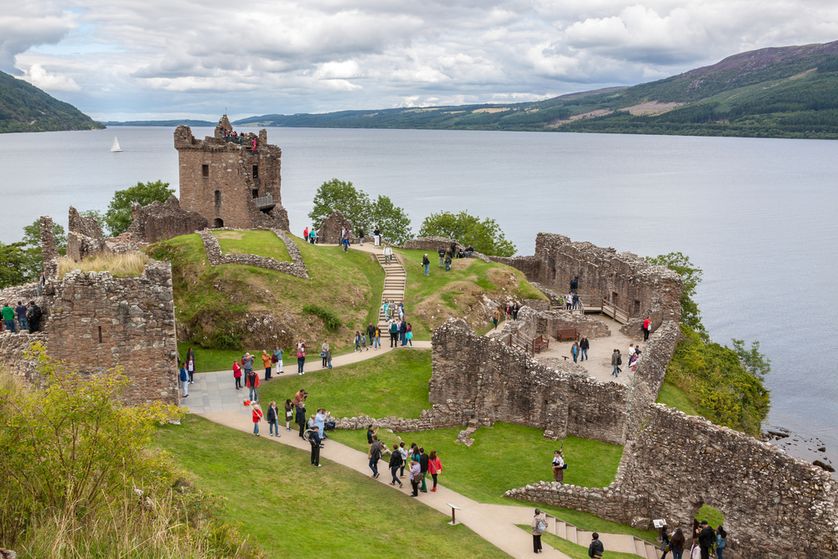 Nonetheless, travelers should be prepared for rain nearly anytime in many corners of the country. Anyone trekking into the Highlands should carry extra warm clothing and know how to find their way in mist and rain; winter hikers scaling high-country summits often tote an ice ax.
Favorite Places 2012-03-23
+Jugoslav Spasevski
Share
Previous Oslo, Norway
Next Neuschwanstein Castle