Share
Skopje is the capital city of the Republic of Macedonia. It is also the largest city in the country. Skopje is the country’s political, cultural, economic, and academic center. It is harbored in Skopje Valley along the upper course of the biggest river in Macedonia: the Vardar River. The river divides the city into a south and north part. The city is sheltered by several mountain ranges which include Skopska Gora to the north and Vodno and Jakupica to the south. Skopje is thousands of years old cities and has such a rich history. 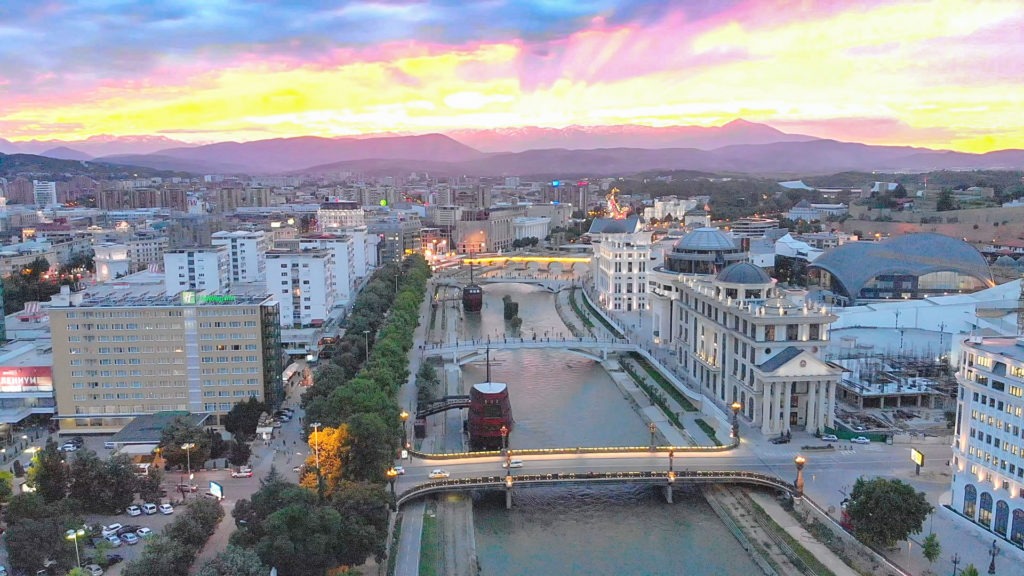 Skopje is a major Southeast European transportation hub. It lies on the intersection of two main European transport corridors; east-west and north-south. Its single international airport, Skopje Alexander the Great Airport, is located in Petrovec Municipality, roughly 22 kilometers east of the city center. This a major point of entry for international tourists. The E75 highway connects Skopje with several other European cities thus offering European tourists an alternative form of transport. 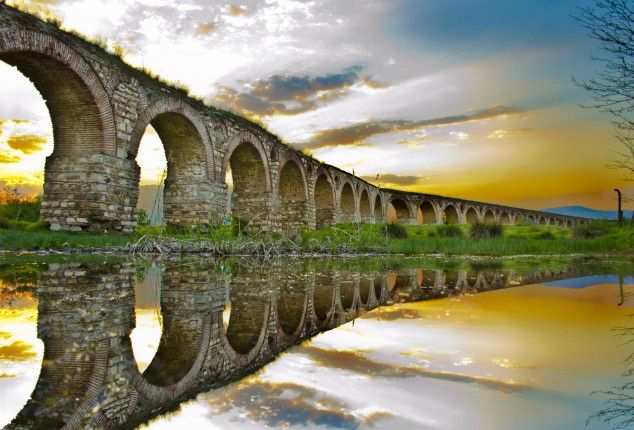 The following are some of the most significant landmarks in Skopje:
Kale Fortress is a fifteenth-century fortress that stands on the highest hill in the Skopje valley and provides excellent views over the city.
The Stone Bridge was built in the 6th century under the patronage of Sultan Mehmed 11. This bridge represents the connection between Skopje’s past and present and is featured in the Coat of arms of Skopje. The bridge also connects Skopje’s main square, the Macedonia Square to the city’s Old Bazaar. 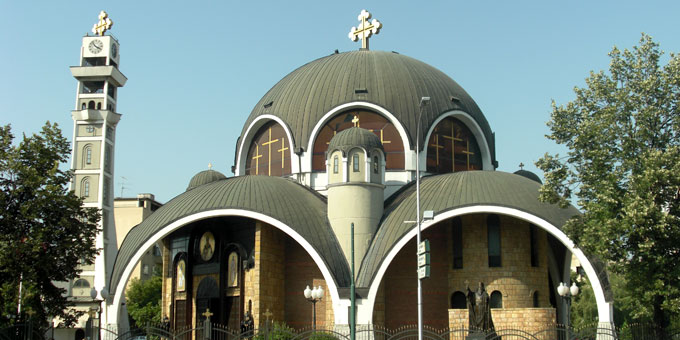 This was one of the biggest and most important oriental bazaars in the Balkans. set on the eastern bank of the Vardar River, it represents a mixture of Eastern and Western cultures. It houses mosques, inns, a clock tower, a beaten, Turkish baths, churches, and various shops.
Millennium Cross is found on the peak of the mountain Vodno and it is a significant tourist attraction. As its name may hint, it was built to celebrate 2000 years of the existence of Christianity. The cross was built on the highest point of Vodno Mountain. 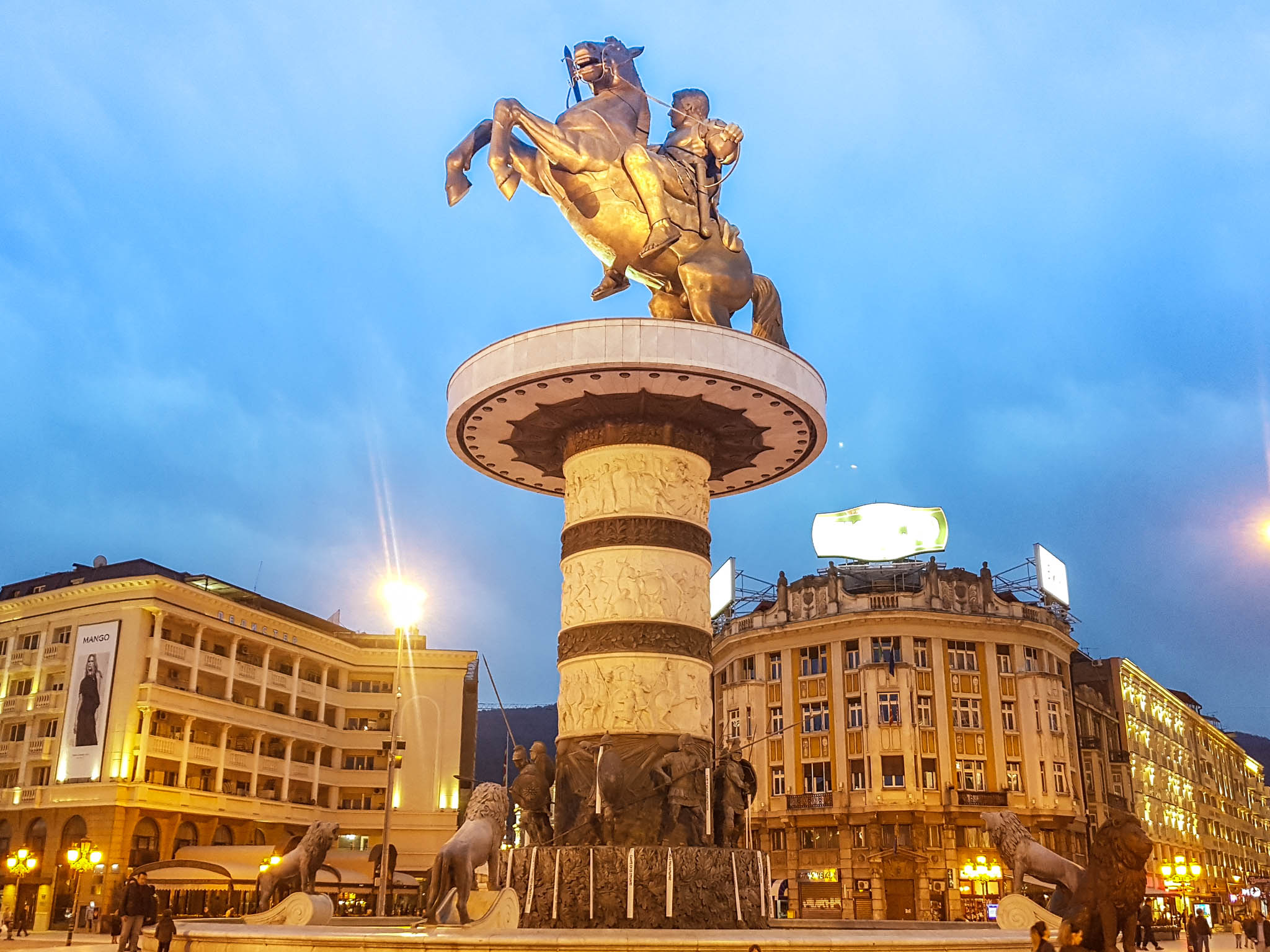 City Park is a large green area in the center of Skopje. It is one of the nicest places to go for recreation, as there are pathways around the small lakes, tennis courts, the children’s amusement park, cafes, restaurants, and other important facilities. Moreover the city Zoo and stadium are within the park which means you can easily move on when a need arise.
There are several important museums in Skopje which include the Museum of Contemporary Art. It has a collection of over 4,800 artworks, the museum of the Macedonian Struggle, which is a national museum of the Republic of Macedonia, located in the capital city of Skopje and Macedonian National Museum & Icon Gallery and it is divided into three departments: Archaeological, Historical, and Ethnological. 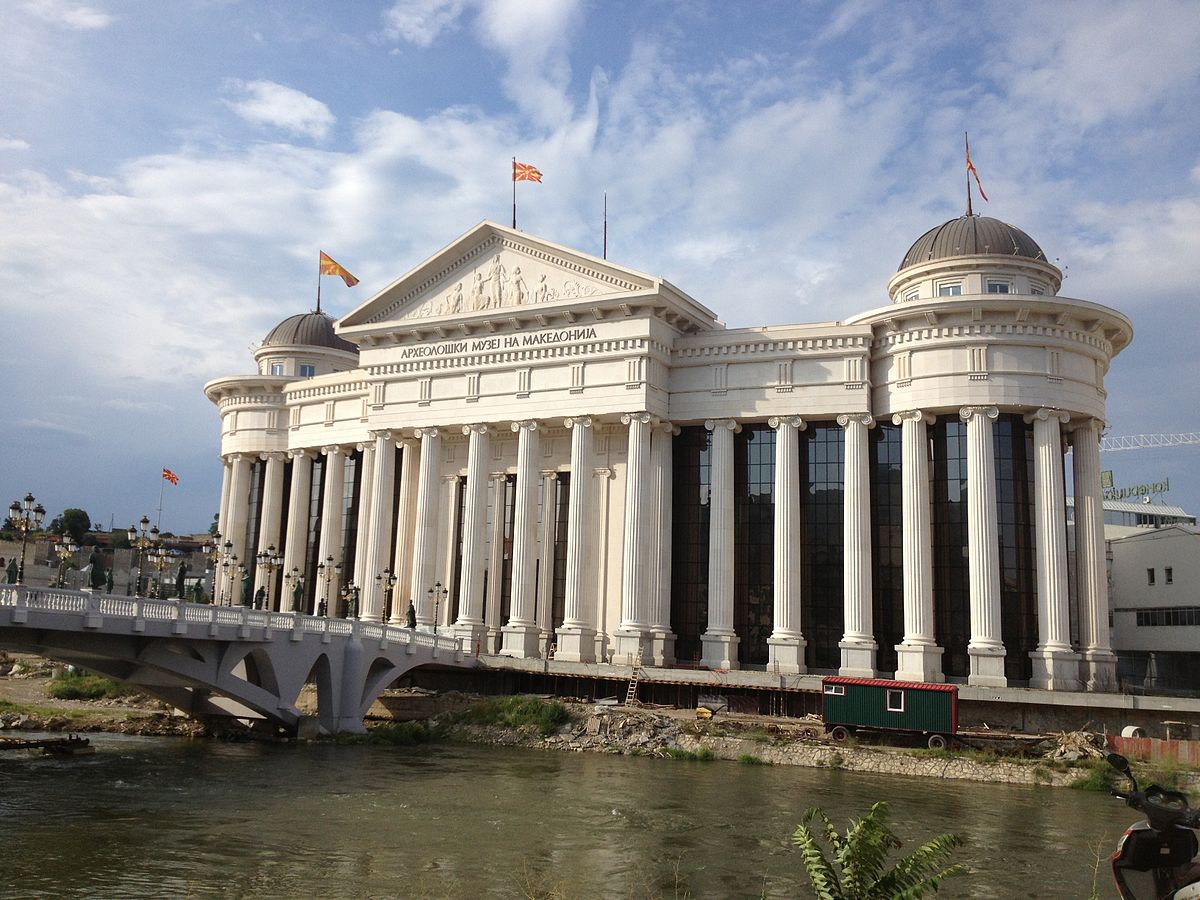 The Skopje cultural summer festival is the premier cultural event in Skopje. It is held every year during summer and it includes music concerts, operas, ballets, plays art and photographs. The Skopje Jazz Festival is another notable cultural event. It is normally held annually in October since its inception in 1981.
Casinos are the highlight of Skopje’s nightlife. Most casinos here are associated with hotels where visitors stay. Bars discos and nightclubs are also popular nightspots. Night concerts in local, regional, and global music are often held at the Philip II National Arena and Boris Trajkovski Sports Center.
Travel & Honeymoon 2011-07-11
+Jugoslav Spasevski
Share
Previous Bilbao, Spain
Next Los Cabos, Mexico