Share
Ocean Park Hong Kong, or simply Ocean Park, is an oceanarium, animal theme park, marine mammal park, and amusement park rolled into one. A prominent tourist attraction found in the Southern District of Hong Kong, Ocean Park, along with Hong Kong Disneyland, is one of the largest parks in the country. 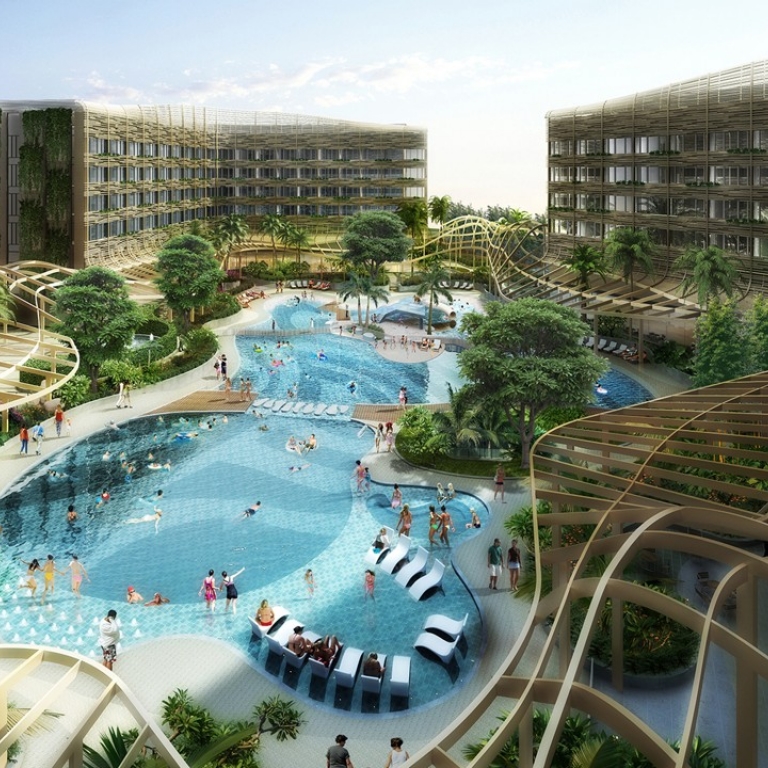 Ocean Park spans a size of almost 92 hectares that is divided into 2 areas: The Summit “Headland” and The Waterfront “Lowland.” These two portions are further divided into eight zones: Aqua City, Amazing Asian Animals, Adventure Land, Marine World, Polar Adventure, Rainforest, Thrill Mountain, and Whiskers Harbor. The Summit and the Waterfront can be reached by a Cable Car ride, allowing tourists to have a magnificent view of the Headland’s several hills and the rich landscape, and by the Ocean Express funicular train. The Ocean Park has the second-longest outdoor escalator that stretches 225 meters long, providing access from Tai Shue Wan to The Summit. 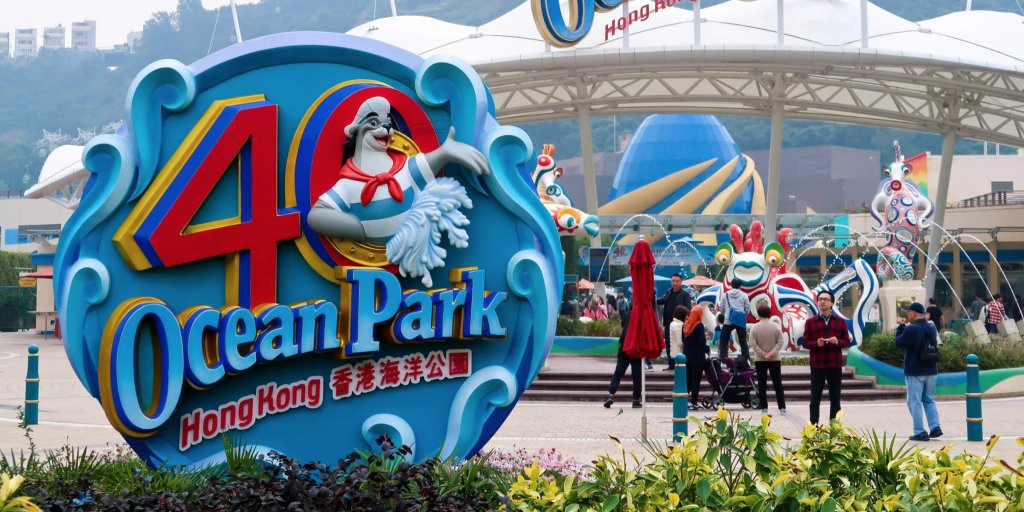 Ocean Park owns a wealth of interest geared towards the enjoyment of the family, most especially the young ones. Attractions include animal exhibits of various themes including giant panda habitat, jellyfish sanctuary, and the largest dome aquarium with almost 5,000 fish. It has a string of fascinating rides such as the 4 kinds of roller coasters, bump cars, the Flying Swing, Space wheel, and Raging River to name some. 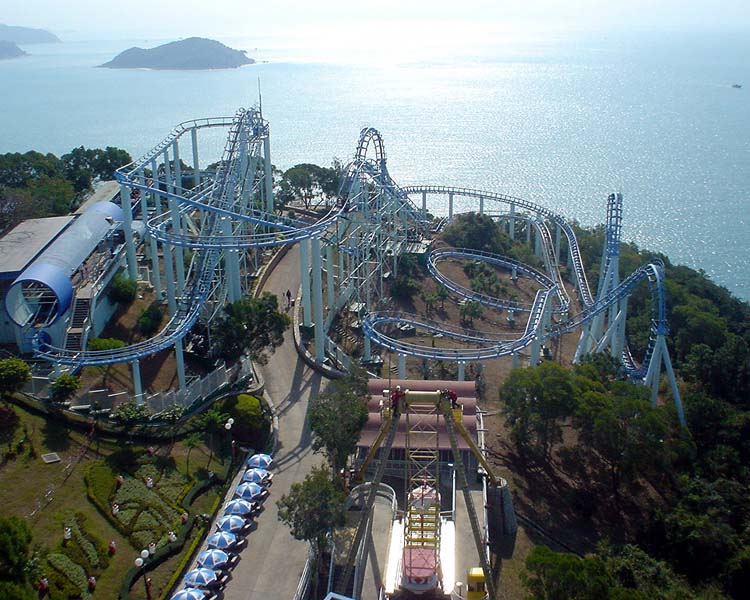 Entertainment through live shows is also a hit for all ages. Symbio! happens nightly and the show is about the relationship between nature and human featured through dragon illustrations. Symbio! is highlighted by fireworks, lighting, and sounds. The Whiskers Theater features sea lion shows, the Ocean Theater shows Sea Dreams! with the marine animals as its main stars, and the Bird Theater features Emperors of the sky, a show about birds of prey. Children look forward to the appearance of Whiskers, the official mascot of Ocean Park. Part of the mascot team are James Fin the shark, Swift the dolphin, Chief the parrot, Professor the turtle, Redd the red panda, Goldie the goldfish, Tux the penguin, Later Gator the alligator, and four giant pandas named An An, Jia Jia, Ying Ying and Le Le. 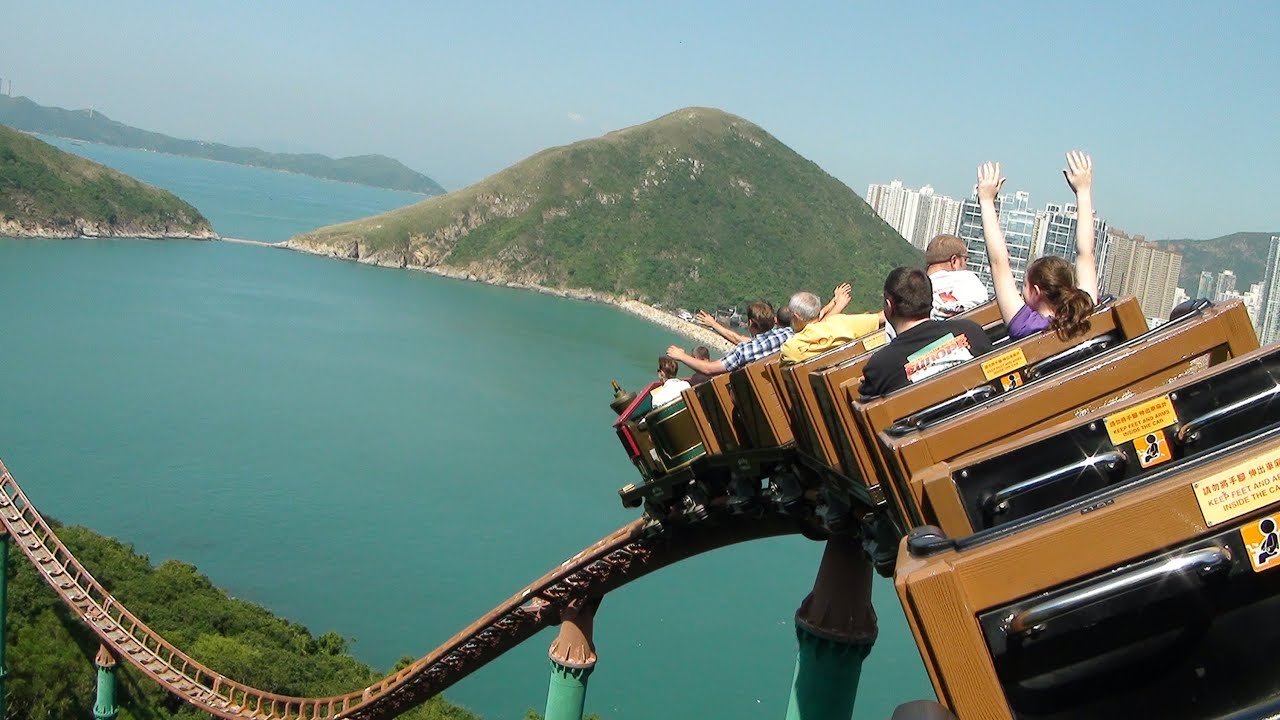 Here are few notes to consider when going to Ocean Park: the crowd becomes extremely heavy in the early afternoon, so coming early allows a roam to the park with less hassle; bring a thin raincoat as some rides involve splashing of water, like the Raging River ride; there is a storage locker at the entrance; the park has eight dining options, and the best bet is the Bayview Restaurant as the price is affordable, the dishes are great, finding a table is easy, and most importantly, there is a spectacular view in the background. 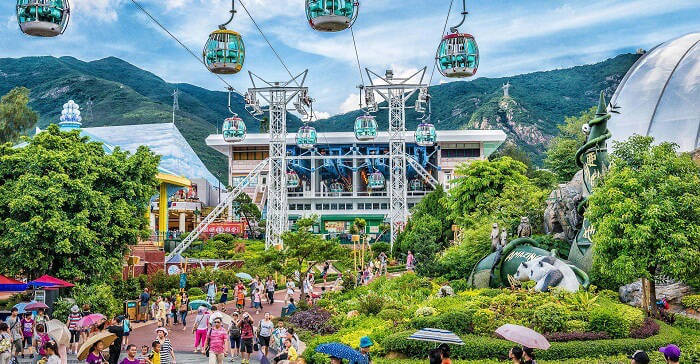 Hong Kong is one of the top destinations across the globe, and world-class attractions such as the Ocean Park makes it even worth a visit. May it be a family tour or an intimate getaway, touring the Ocean Park is eternally part of the Hong Kong holiday.
Best Spot for Tourism 2014-07-29
+Jugoslav Spasevski
Share
Previous Natural History Museum in London, England
Next Sea World California in San Diego, CA, USA