Church of Our Savior on Spilled Blood, St. Petersburg, Russia

Share
St. Petersburg, the second-largest city of Russia, is boasting with attractions, and Church of Our Savior on Spilled Blood is unarguably the leader of all the city’s tourist destinations. Also called The Church on Spilt Blood, the name depicts two things: the blood of the crucified Christ and the blood of the assassinated Alexander II. 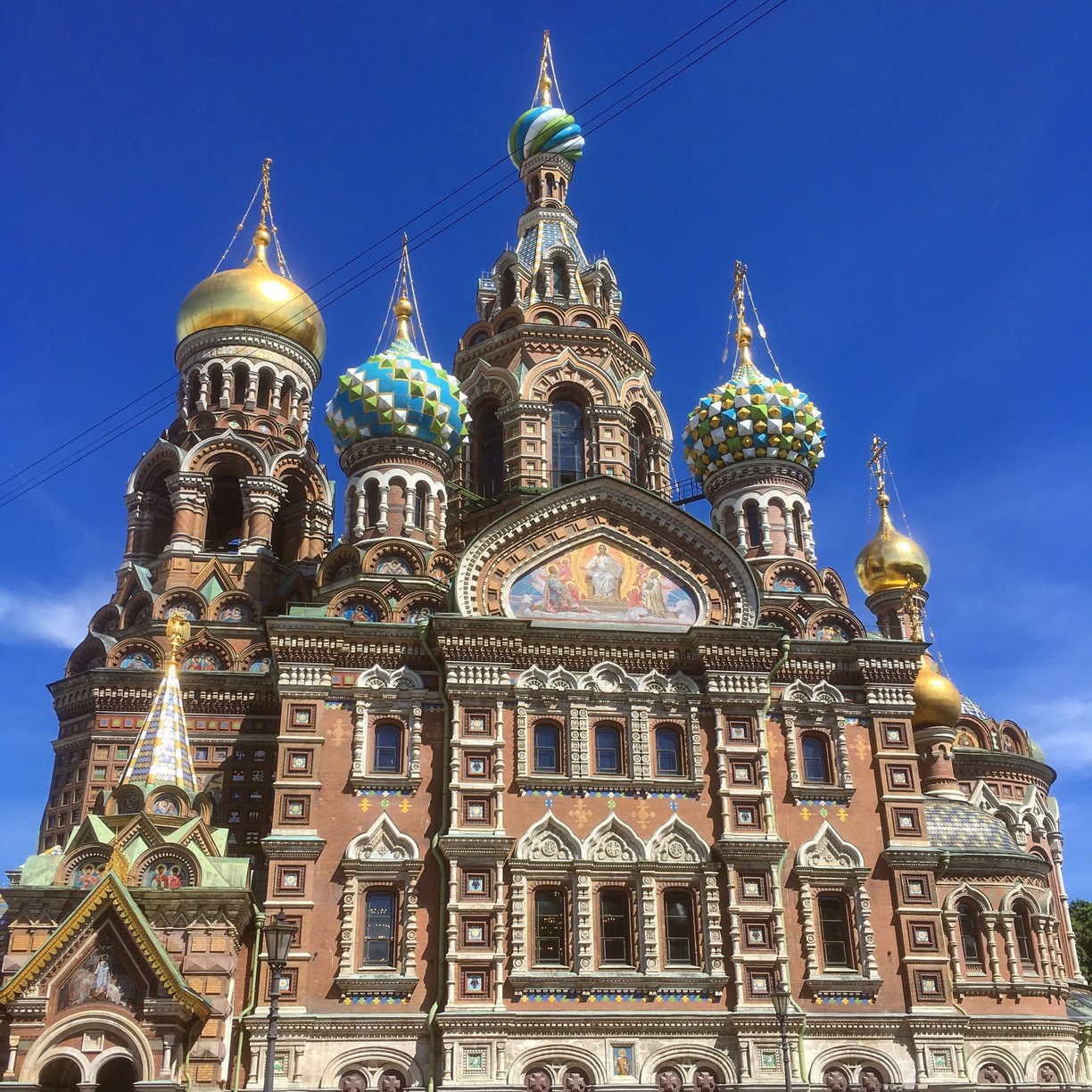 The marvelous Cathedral was built where Tsar Alexander II was assassinated by the revolutionaries in 1881. To build a Cathedral on the site where he was killed was urgently decided and the construction took place in 1883 under the ruling of Alexander III and ended in 1907 under Nicholas II. The Cathedral was heavily funded, thanks to the Royal family and thousands of private sponsors who poured out selfless donations. Because of such a huge, above-sufficient fund, the Cathedral emerged as one of the most stunning churches in the history of Russia and the world. From the exterior to the interior, the Cathedral was elaborately filled with intricately-designed mosaics—with the main images being scenes from the Bible—that wrap an entire 7500 square meters of the basilica’s area. The extremely breath-taking interior was made possible by only the best and the prominent Russian artists in that era– V.M. Vasnetsov, M.V. Nesterov, and M.A. Vrubel. Ironically, despite the Cathedral’s thick Russian aspect, it’s chief architect Alfred Alexandrovich Parland was not even a Russian national. 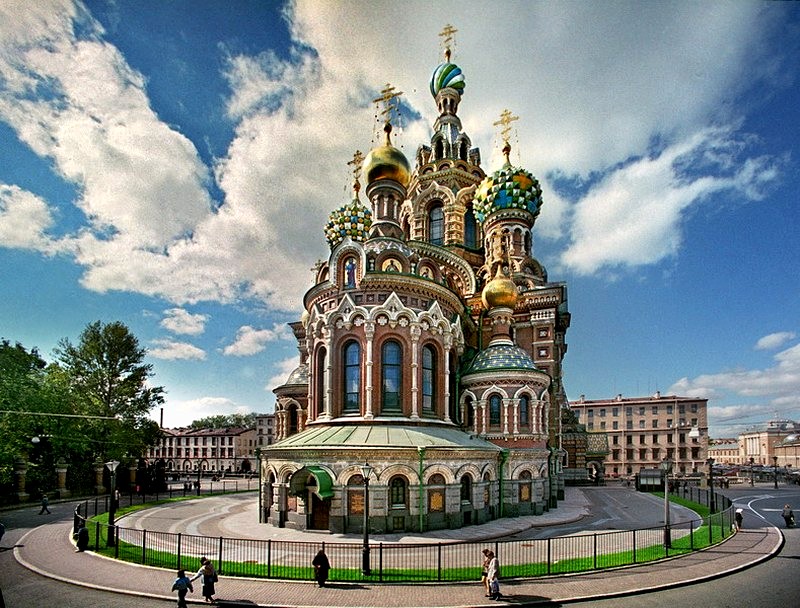 In St.Petersburg, most of the structures that line-up its streets reflect Baroque and Neoclassical architecture. This is where the Church of Our Savior on Spilled Blood stands-out. The Cathedral took inspiration from medieval Russian architecture in honor of Russian’s romantic nationalism. Hence, the resemblance between the Cathedral and the 17th-century Yaroslavl churches, as well as the equally popular St. Basil’s Cathedral in Moscow, is not just a coincidence. 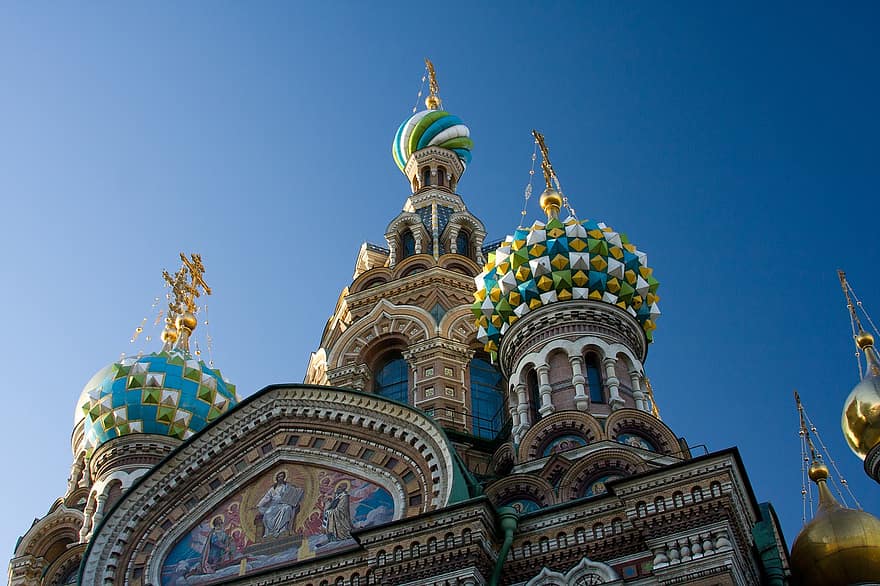 In 1930, the Cathedral received a closure order. It was the same time when the Bolsheviks, due to religious conflicts, destroyed the churches all over the country. In the ’70s, the management of the Cathedral was passed to Saint Isaac’s Cathedral where the Church of Our Savior on Spilled Blood functioned as a high-earning museum. Later, it ceased its operation to make way for its restoration. For a long 27 years, it opened its door again in August 1997, possessing the same astonishing beauty it once owned. Mainly functioning now as a sanctuary of artworks and masterpieces, the Cathedral has yet to be re-sanctified for it to be able to operate as a house for worship. From its re-opening up to the present, the Cathedral has been serving as one of St. Petersburg’s major tourist destinations. People from all over the world flock to the stunning sight of the Church of Our Savior on Spilled Blood, a basilica that does not just exude beauty and magnificence, but also reflects its country’s rich and significant past. 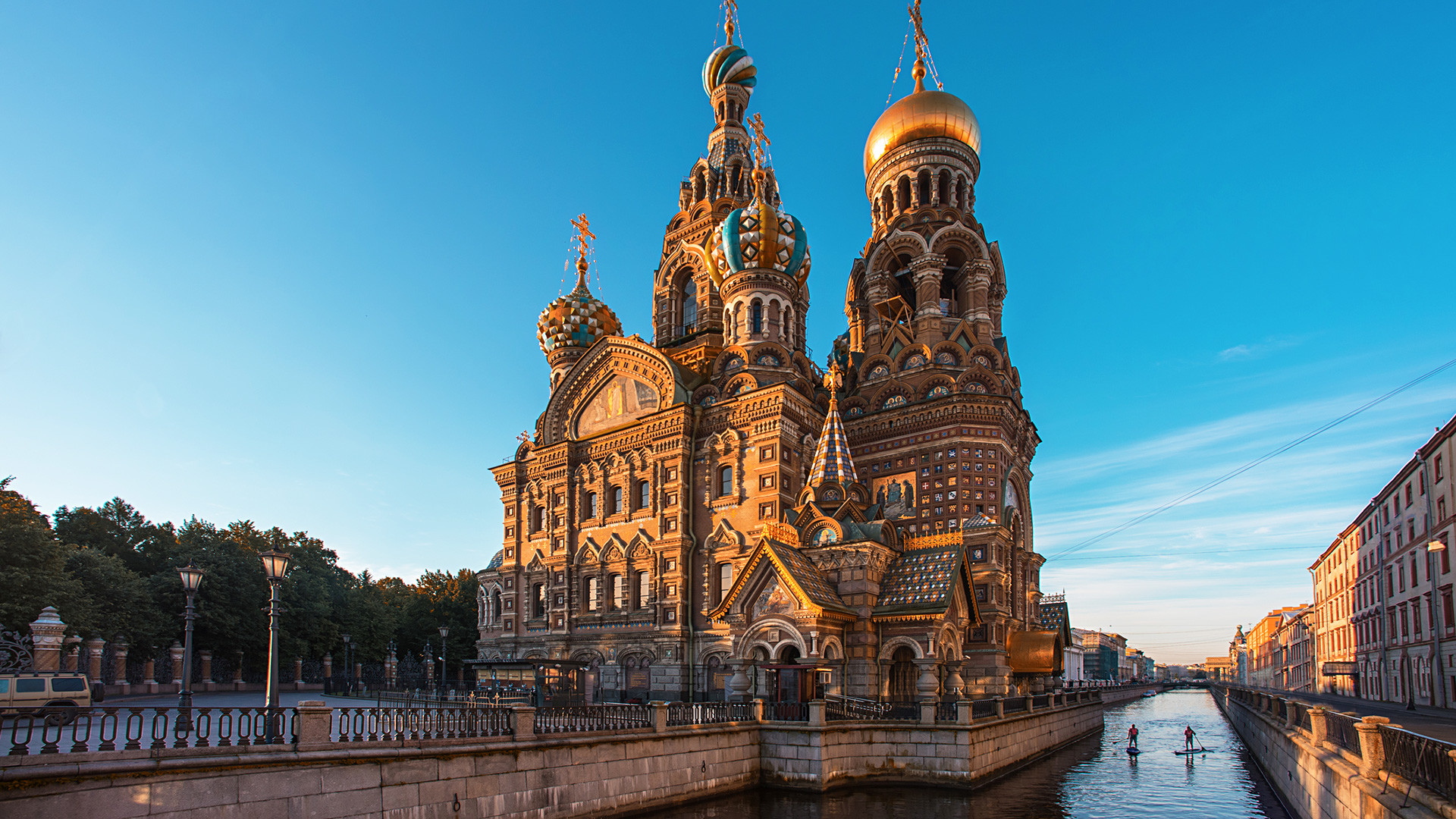