Share
Notre Dame de Paris, a French term to mean ‘Our Lady of Paris’ refers to the church in Paris that is dedicated to the mother of Jesus, Mary. In English, it is simply known as Notre Dame and it is a gothic cathedral found on Île de la Cité in Paris. Notre Dame stands at the site of the Saint Etienne basilica that was built at the site of a well known Gallo- Roman temple. Saint Etienne Basilica itself was founded in 528 by Childebert and would later become the main cathedral of Paris city in the 10th Century. 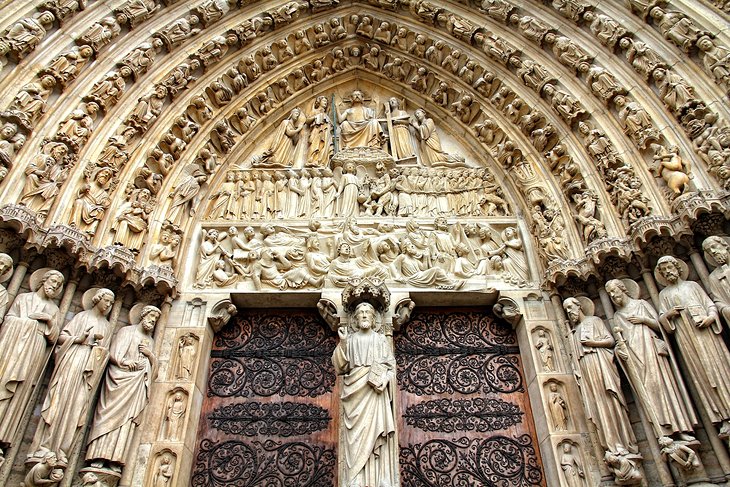 But after it becomes ‘parish church of the kings of Europe’ in 1160, Bishop Maurice de Sully regarded the building to be unworthy of it’s to be loft role thus consequently having it demolished. Construction of Notre Dame started in 1163 when Lois VII was the king. There is a varying opinion among people as to who laid the cathedral’s foundation stone with some saying it is Pope Alexander III while others saying it was done by Bishop Maurice de Sully. The construction of the west front together with its now distinctive towers began only in 1200 before completion of the now. During the period of construction, there were so many architects working on the site. This is well evidenced by the different styles of Notre Dame that exist at varying heights especially on the towers and west front. 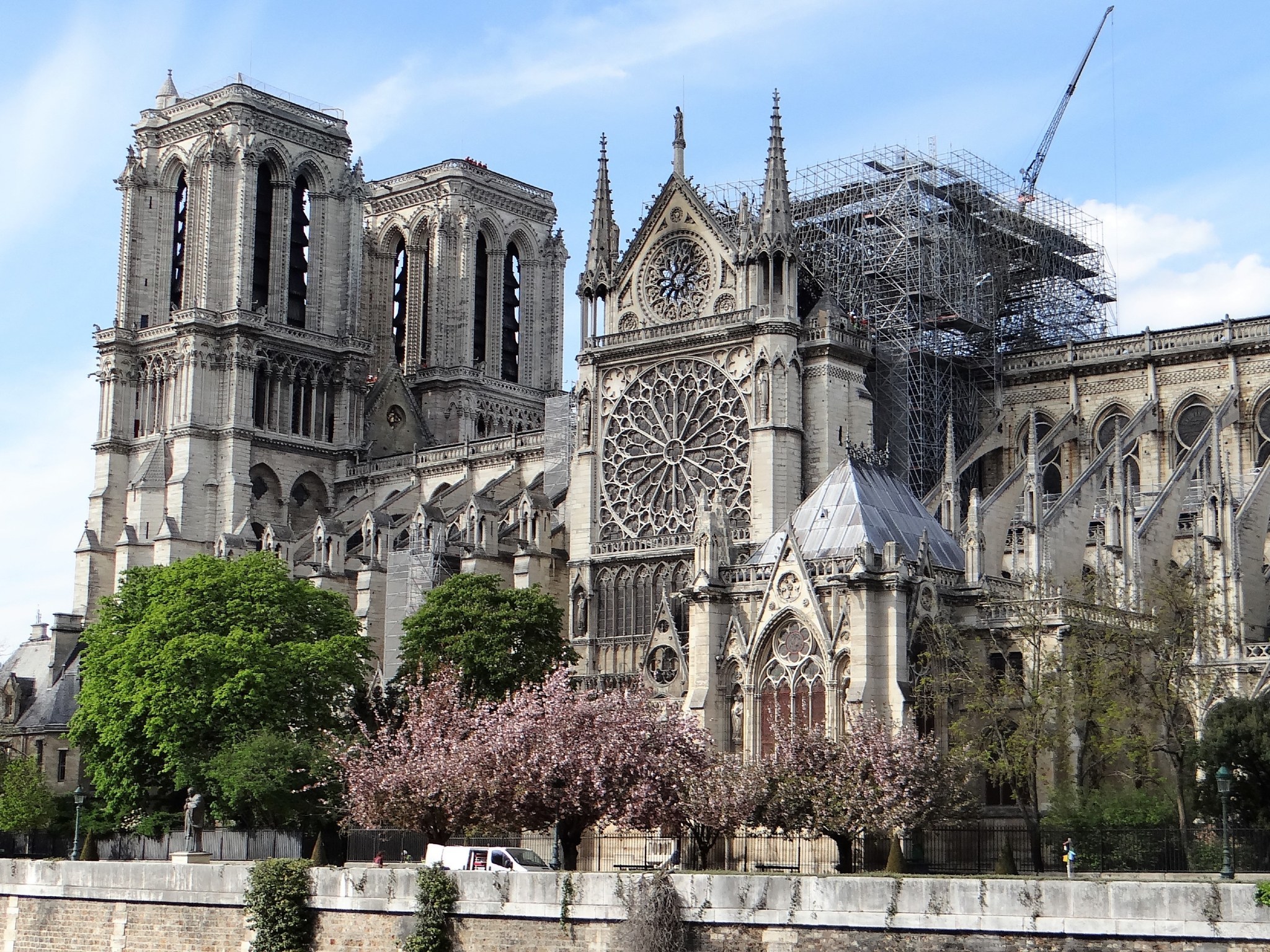 At the end of the 17th century during the reign of Louis XV and Louis XIV, major alterations were done on the cathedral with the stained glass windows and tombs being destroyed. At the end of the 18th Century during the period of the French Revolution, most of the treasures in the cathedral were stolen or destroyed. The great bells of the cathedral were able to avoid being melted down, however, the cathedral itself was used for storing food and acted as a warehouse. In 1845, a program to restore Notre Dame was initiated and some of the architects who oversaw the program included Eugene Viollet le Duc and Jean Baptiste. The restoration was done in 23 years which also included a spire being constructed at the Notre Dame as well. 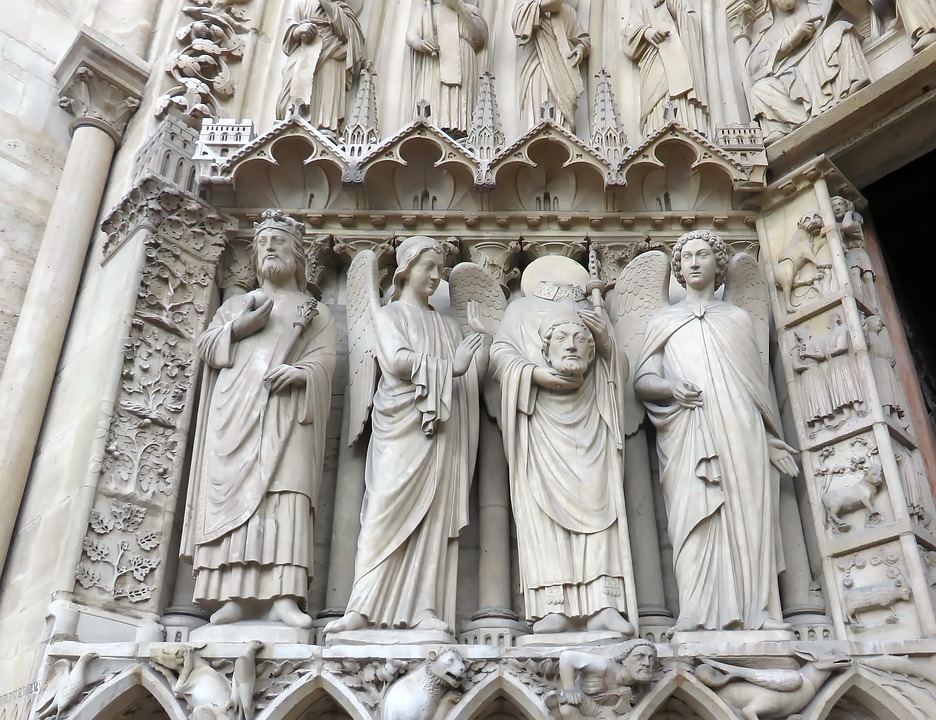 Over the years, the Notre Dame has been used for significant events and it has become one of the most iconic structures of the region. For instance, on May 28, 1804, Napoleon Bonaparte was crowned at Notre Dame as the empire. Also, the well known Te Deum Mass top place at the cathedral in celebration of Paris liberation back on 26 August 1944 and Notre Dame was the place where the Requiem Mass for General Charles de Gaulle was undertaken on 12 November 1970. The most notable and significant feature of the Notre Dame is the west front. The famous bell of the cathedral is housed at the South Tower and it was recast in 1631. The two towers of the Notre Dame are connected by the Grand Gallery or Galerie des Chimeres and you can find the legendary gargoyles of the cathedral here. 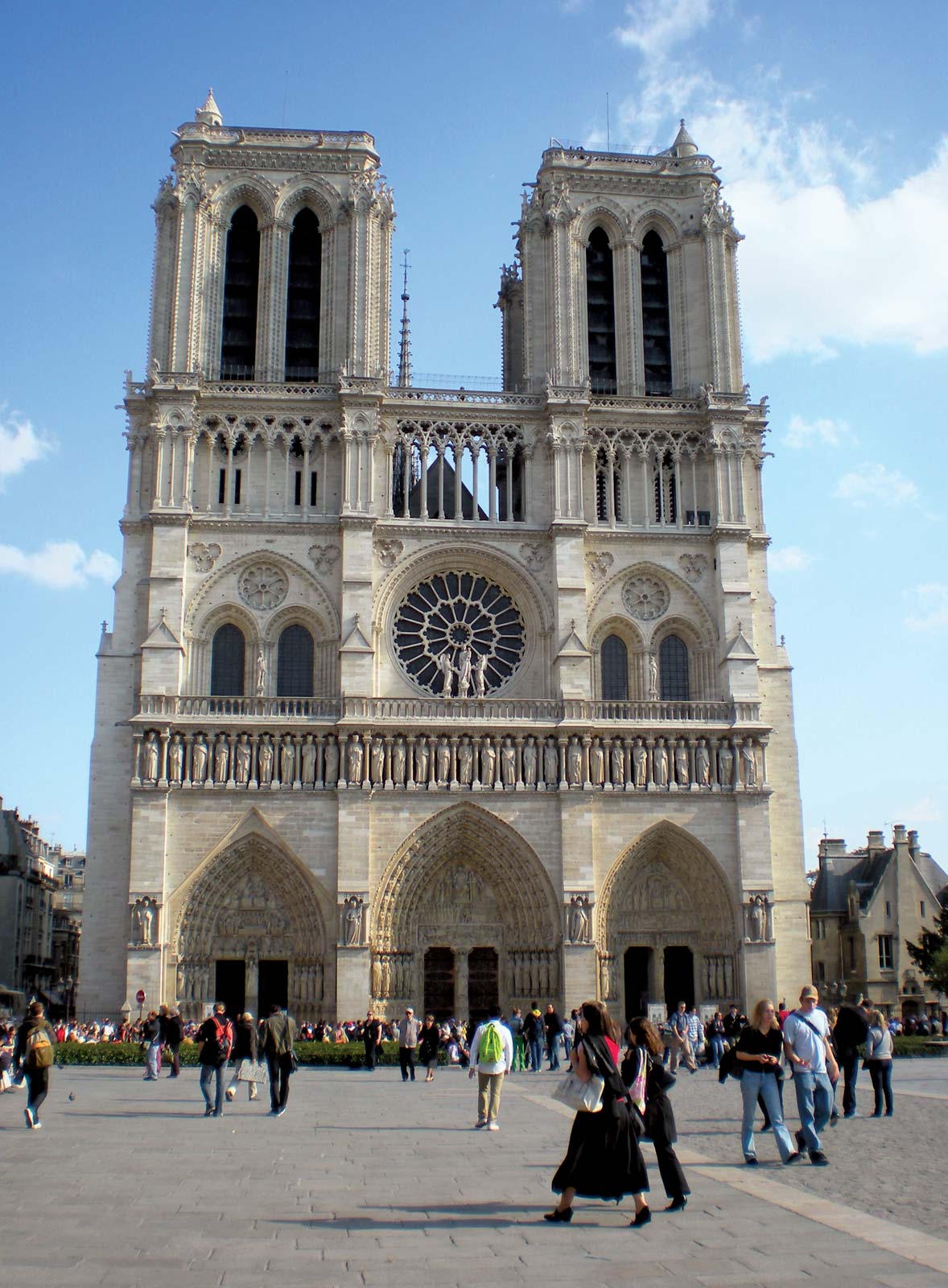