Share
Discovering a country that may be smaller than your hometown is especially exciting for a traveler. There is a certain romance to small states tucked away between other countries, waiting to be explored. And in the case of San Marino this is true. Being small allows San Marino to make the environment perfect for people that live there and to those who travel to this interesting destination. It is a great place to spend a vacation because of the large number of attractions and very warm and friendly local people. 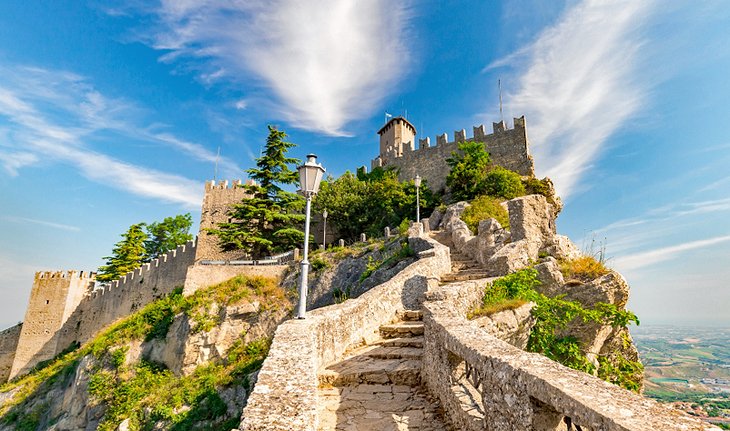 The Republic of San Marino, otherwise known as Serenissima Repubblica di San Marino, is located on the East side of the Apennine Mountains. Surrounded by Italy, it is very much influenced by Italian culture, but maintains a steadfast national pride. With a population of some 30,000, it’s a small country for sure, but it’s also one of the wealthiest in the world. Tourism flourishes and many a traveler has put San Marino on a list of top destinations to visit.

So what is there to San Marino? The republic’s landscape is dominated by a mountain range, which guarantees some breathtaking views and a lot of work for your camera. The local Mediterranean climate ensures warm and pleasant weather for most of the year, making San Marino a lovely getaway for the summer as well. It’s located on the border between the Emilia Romagna and Marche regions in Italy, making it very easy to get to by bus from Rimini, a town near the Adriatic Sea. The trip includes a journey up a narrow serpentine mountain road, so if you’re a bit queasy about heights, don’t look down. 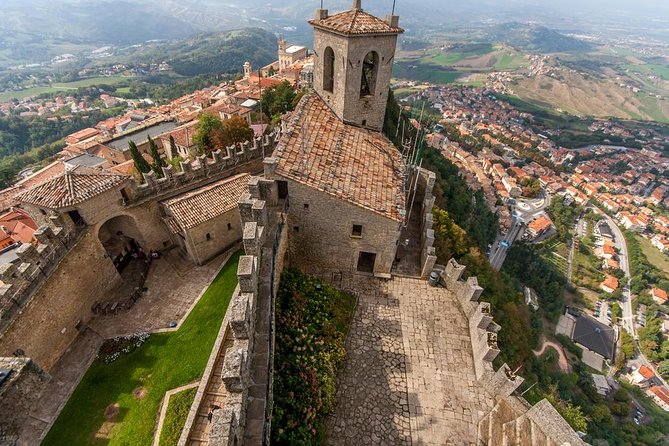 According to historians, people were living in San Marino since prehistoric times. The republic has mostly enjoyed a peaceful existence, as it was occupied by military forces only twice – once in the 16th and the second time in the 18th century. This tranquil atmosphere pervades the city and also contributes to an inspiring vacation. Still, Word War II didn’t pass San Marino by either – the republic offered shelter and asylum to those who were escaping Italy while it was being bombed by enemy forces.

San Marino is easy to get around on foot, though since there is no level ground, you might need to be prepared for climbing up and down a bit wherever you go. So bring good walking shoes with you! Almost all the streets have a gentle slope to them and from every corner you have a spectacular view of either the mountains or the valleys below.

Not far from the place where the bus parks is the main square in San Marino City with the Palazzo Pubblico – the town hall. The light-colored building, as with most of the city’s architecture, blends in perfectly with the surrounding landscape and flora, so that for a moment, it seems as if the whole republic grew straight out of the mountain. The local Guard of the Rock watches over the Palazzo Pubblico – they have a distinctive uniform with green jackets and red trousers. A front-line military unit, they are responsible for border patrol and also help local police to investigate the crime. Not that there is a lot of that going on in San Marino. Be sure to watch the ceremony of the change of the guard.
From the main square it’s only a few minutes walk up a few hilly streets until you see the San Marino Cathedral, with its tall columns and clean lines. Does it remind you of Roman architecture? That’s not surprising – the cathedral was built in the 19th century at the site of a Roman church. Useful to know: shoulders have to be covered before entering. 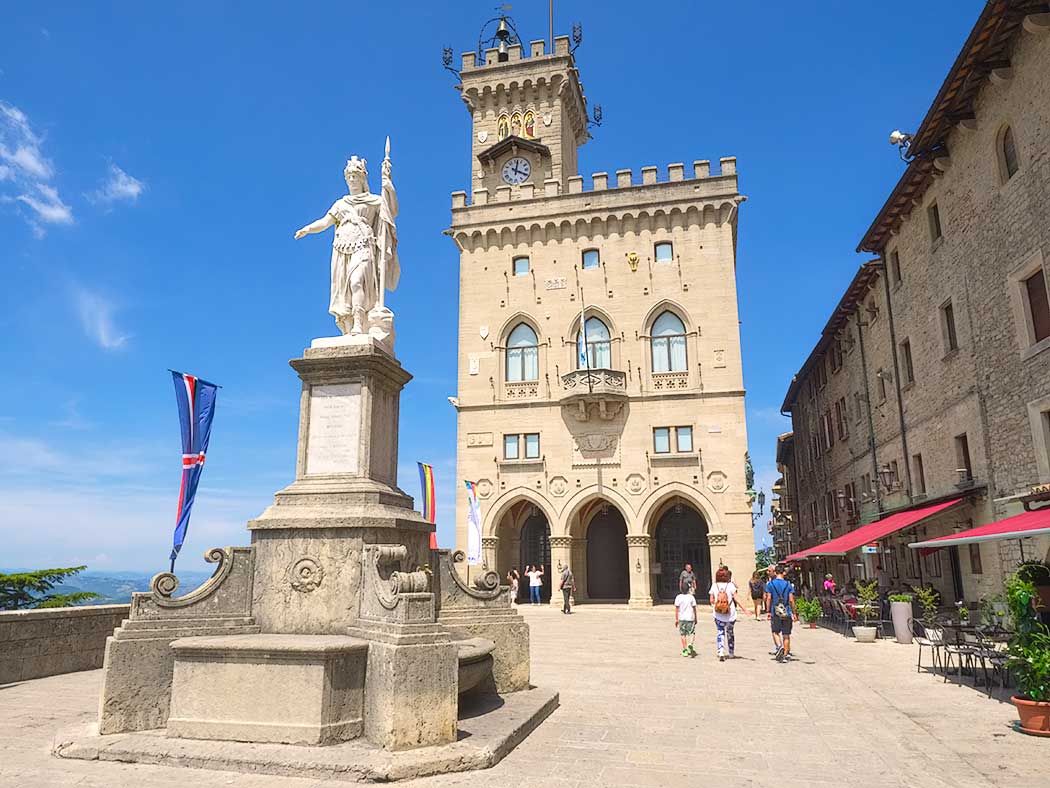 San Marino also has quite a few interesting museums. For example, the State Museum is located inside the Palazzo Pergami – your first stop if you want to learn more about the history of San Marino and the saint who inspired the republic’s name. Then there is the Curiosity Museum, which simply demands to be visited – feast your eyes on some of the quirkiest and funniest objects you have ever seen. And despite its small size, San Marino has an impressive torture museum. As the republic’s official site proudly says, “A unique and world-famous exhibition. More than 100 instruments for inflicting pain and death. An authentic anthology of the horrors of human cruelty.”
Whether or not you need a boost after visiting the Torture Museum, shopping in San Marino is another very pleasant experience. The old town center is full of easy-to-find small shops, both those selling typical souvenirs and local offers from the region. There are also three shopping centers to choose from, a food market every Thursday and every third Sunday of the month an antiques and second-hand market. 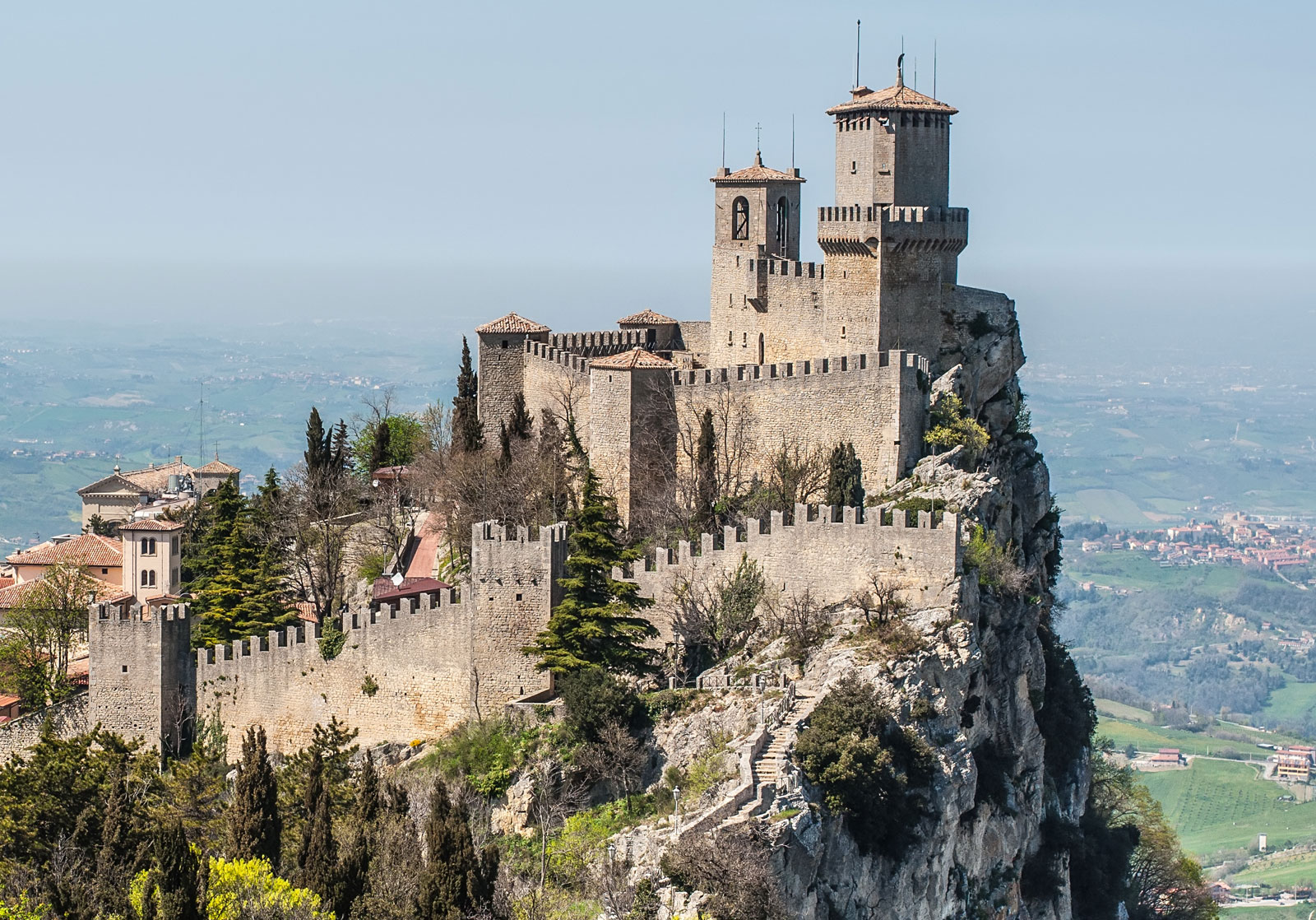 Here’s an interesting fact. Based on statistics about European Union member states, those born in San Marino in 2011 might just be citizens of a country with one of the highest average life expectancy in the world. The good forecasts are a result of the hard work the republic is doing now to ensure both its citizens and visitors enjoy themselves and feel well.
Finding a place to stay in San Marino shouldn’t be hard. There are quite a few hotels, ranging from one to four stars. You can also rent apartments. An exciting upcoming event in is the Aperol Grand Prix of San Marino and the Riviera of Rimini MotoGP World Championship in September. The Grand Prix is famous for its motor races, among other things, so if you happen to be there in the fall, you will surely see something.
For such a small state, San Marino has a lot to offer!
Explore The World Featured 2012-06-26
+Jugoslav Spasevski
Share
Previous Solomon Islands
Next Jordan