Share
The United States of America presents the cradle of some of the greatest urban tourist attractions in the world such as Los Angeles, Las Vegas, Chicago, Miami, Boston, and New York City – each an amazing metropolitan whose name alone combines a million different notions of tradition, culture, cuisine, fun, and entertainment. All of this combined with perfect accommodation offers, with hotels everywhere for a very affordable price, you should start planning your U.S. road trip. If you are visiting the states with an ESTA visa, make sure you complete the ESTA USA application.
America is a land of road trips and great open skies, it has over four million miles of highways, leading trough red-rock deserts, amazing mountain peaks, beautiful nature views, across fertile wheat fields that roll off toward the horizon. The unforgettable hillsides of the Great Plains, the perfect forests of the Pacific Northwest and the beautiful country lanes of New England are nice starting points for the great American tourist adventure. If you are planning to travel in May, check out our guide to the 20 best places to visit in the USA. 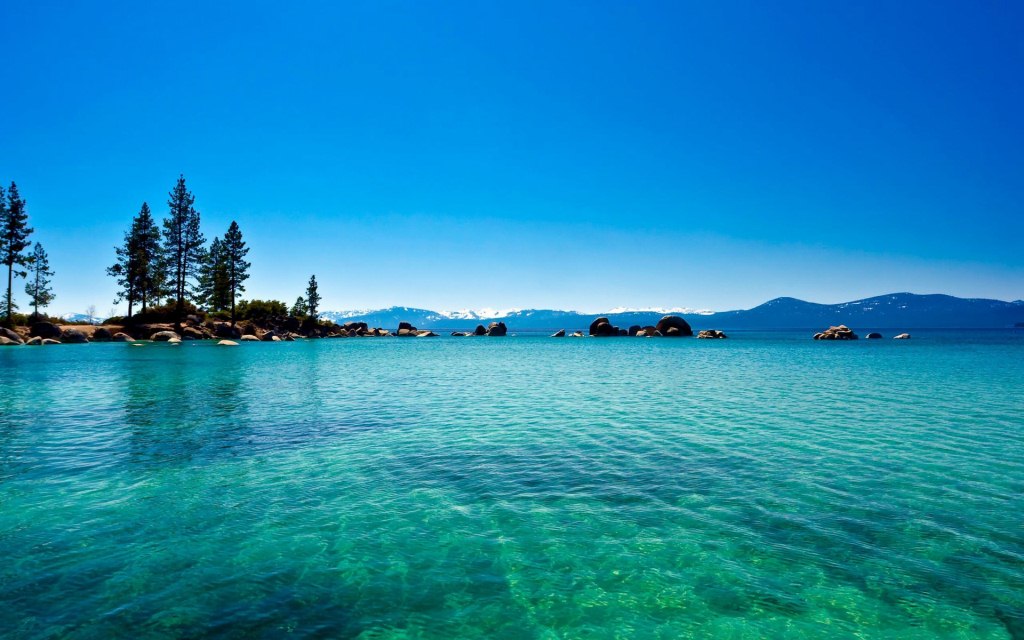 Top Travel Destination in the USA

Alabama is another travel destination in the United States that attracts many tourists and it really offers great attractions. It is a place where you will find so many things to do that you will wish to always come back. If you are prepared to get away, Alabama is the destination you should visit. Some of the best hotels and resorts are situated here, the hospitality is on an unmatched level and let’s not forget the delectable cuisine. So many cultural events and festivals are waiting to be seen. 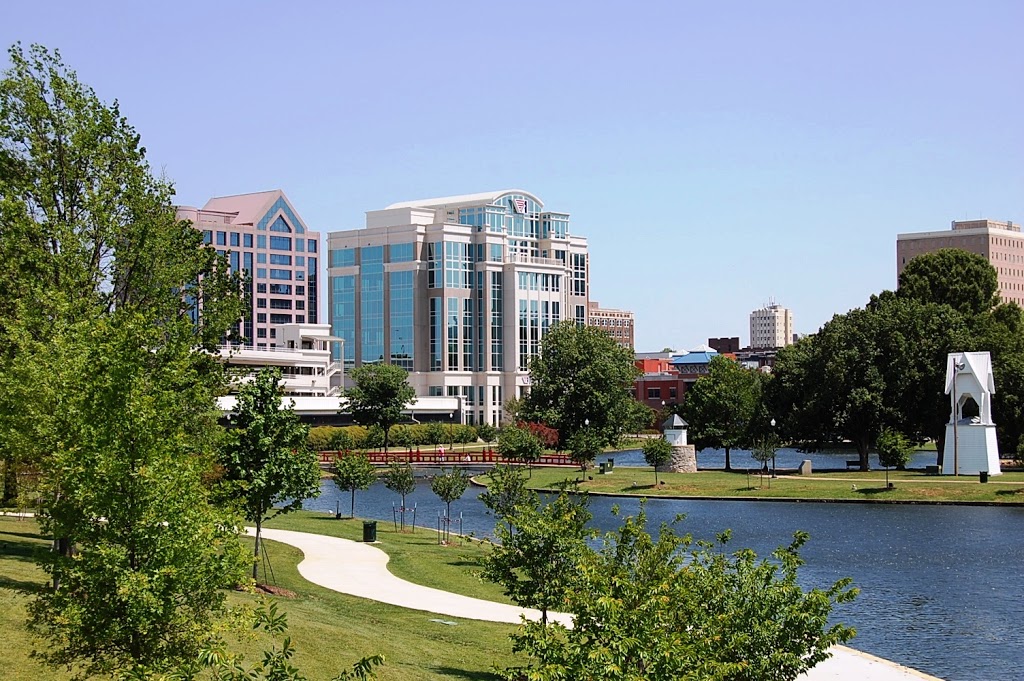 Alaska is the north most and largest state of the United States of America. Alaska frequently experiences snowfall and is widely known as a snow nation. Alaska has been a destination for skiing, sight-seeing its beautiful attractions and also many fun activities like fishing, hiking, and camping. Alaska houses the highest altitudes of the whole of the United States of America territory. It is a mountainous region thus creating favorable sceneries for snow games like skiing. Alaska is a modernized country with well-established facilities and available amenities and an organized administration of its affairs that is centralized in its capital city of Juneau. 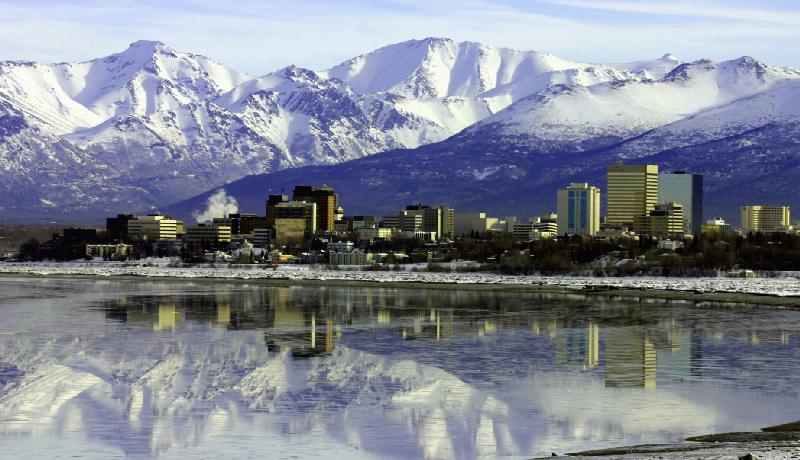 Arizona is the hottest but most beautiful place on Earth. Arizona became the 48th state in the USA. This country is very populated, it has over 5 million people that live in this versatile state that includes desert, canyons, pine forests, mountain ranges, lakes, and valleys. Arizona is a sports lover’s paradise, whether you’re a spectator, participant or a little of either you will enjoy hiking or mountain biking, downhill skiing or viewing the desert sky, there is an outdoor recreation activity for everyone who wants to visit this country. 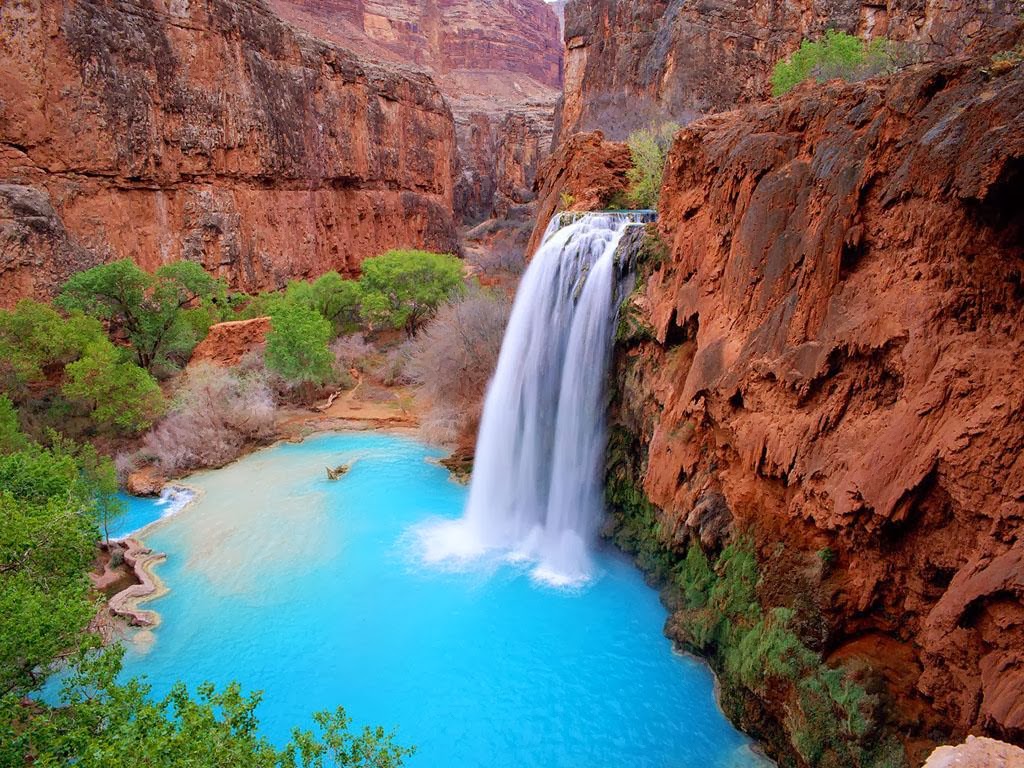 Arkansas is one of the most attractive tourist destinations in the United States for travelers that most attracted by the pure nature and all she offers. This state is also known as the Natural State. With the longer spring and fall season, it is probably the place that offers the best living conditions for people that don’t really like the hot summer and cold winter. Arkansas is known by the mild season and that is the reason for having the best natural places. This tourist destination is one of mid-America’s most beautiful travel destinations. It has 119 sunny days with a temperature that does not go over 80°F in July and less than 40-45°F in January. It is probably a great place to live in if you like nature and the perfect living condition. 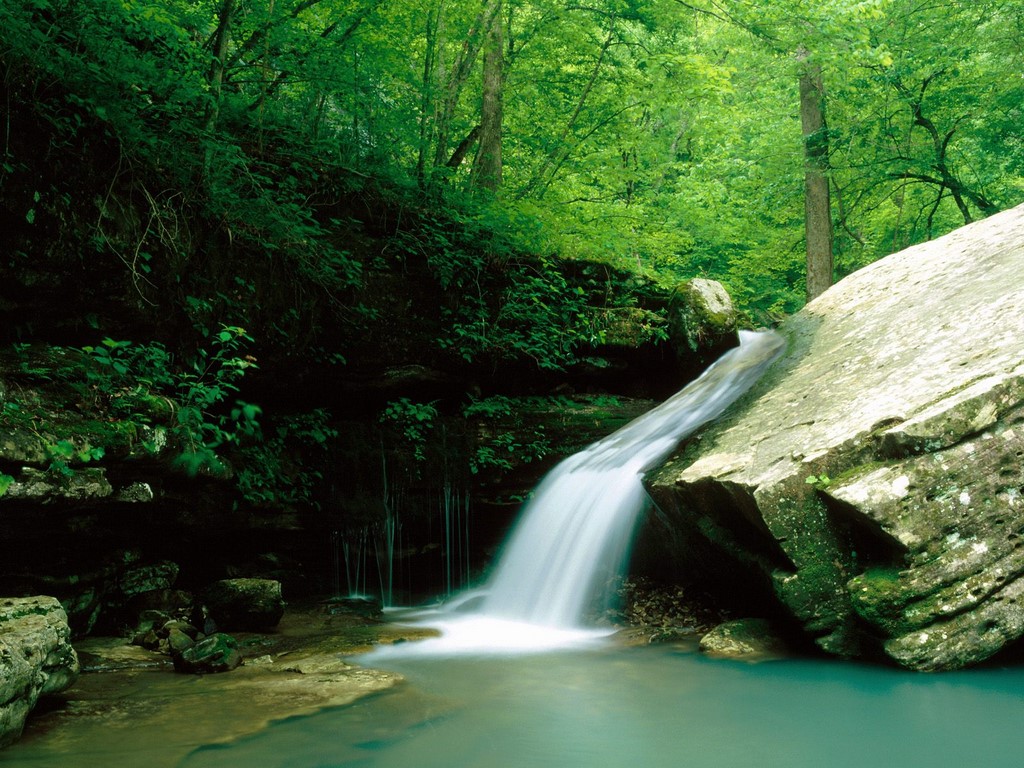 California is one of the greatest travel destinations in the United States of America. This is a place that offers unlimited ideas for vacationers, thousands of places for adventurists and everything that a traveler can wish for a perfect holiday. California offers something for everyone. The whole parts of the state offer various types of attractions. If you are located in the south of California, you will be able to visit lots of incredible amusement parks that offer different attractions, you can go to some of the amazing sunny beach located in that part. If you are going to the northern part of the state, you will witness many deserted beaches, lots of rugged cliffs. 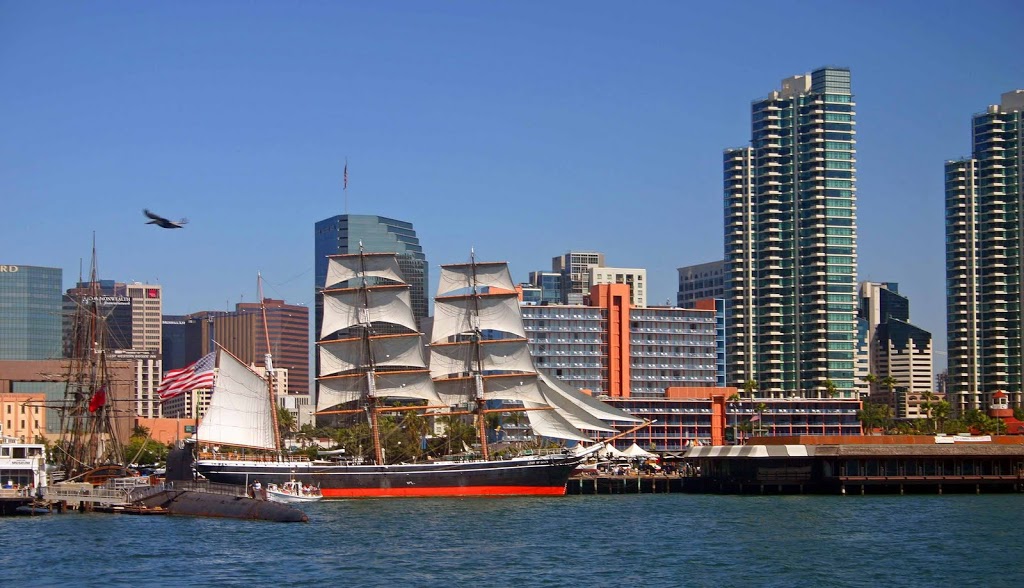 As one of the most popular United States travel destinations, feel free to mention the Colorado state destinations. This beautiful state is rich with many natural resources and rural environment, wildlife, artificial lakes, wonderful nightlife and many other attractions and activities that people love, so that is a good reason why there is so many tourists from around the world coming to visit all the different attractions in the state. 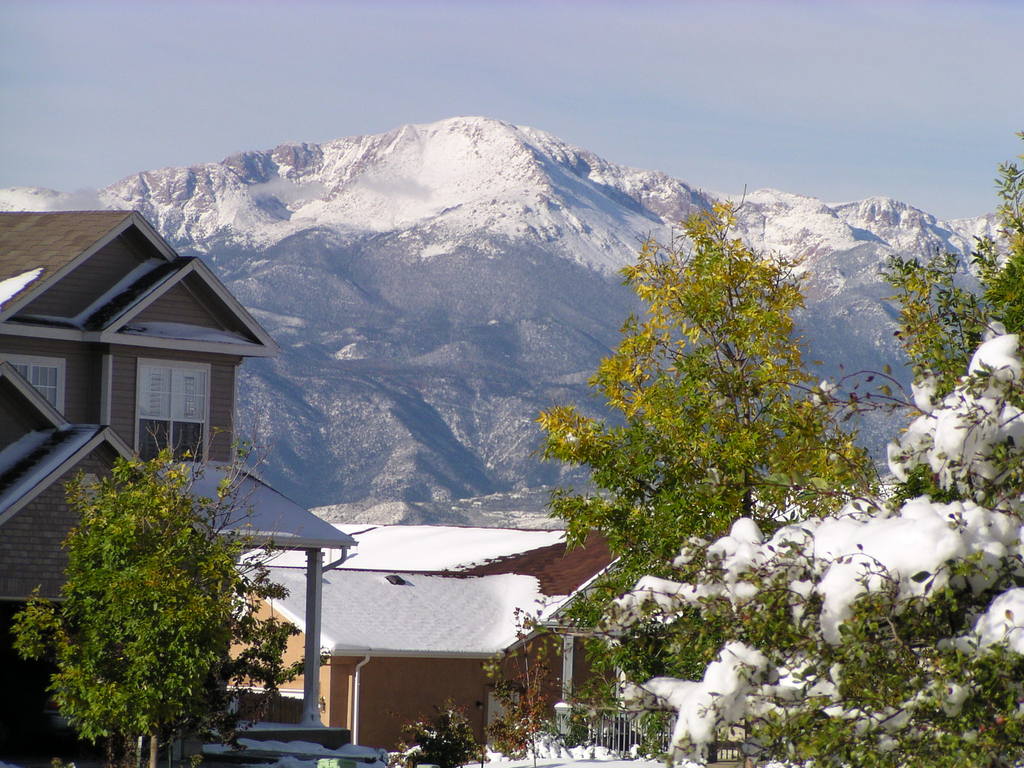 One of the richest United States travel destinations, Connecticut offers a wide choice of interesting places to see, and a huge choice of things that can be done when you are a tourist there. This destination promises visitors an unforgettable vacation. As its best advantages, we can count all types of tourist attractions, starting from the state’s numerous scenic beaches, beautiful themed parks, exciting places to visit such as beautiful nature trails, historical sites, splendid gardens, and farms. The antique stores are also well known by tourists, so you can choose something that will remind you of your time spent in this beautiful state.

Being one of the most beautiful states in the United States, Florida offers amazing beaches with golden sands, warm weather all year round and a perfect spot for a vacation. Even before Disneyland was opened, people came from all around the world to visit this amazing place. Nowadays, this place is flooded with tourists, some coming for the beaches, others for the weather and the younger ones for the animated characters in Disneyland. 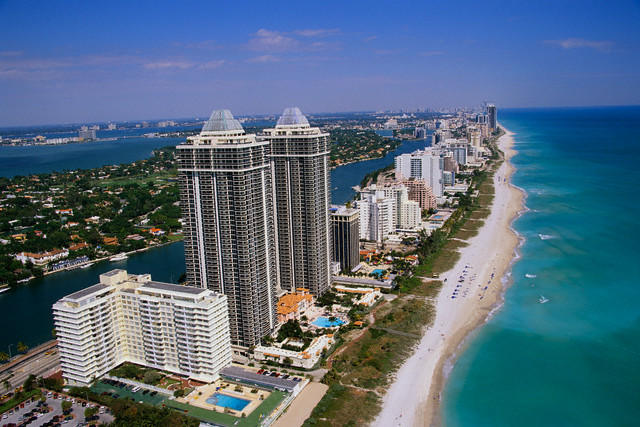 As a faraway destination owned by the United States of America, Hawaii has served as one of the best holiday destinations for most of the international tourists who are ready to adventure the world. Hawaii can be seen on the map as an archipelago of more than ten islands floating in the northern part of the Pacific Ocean. 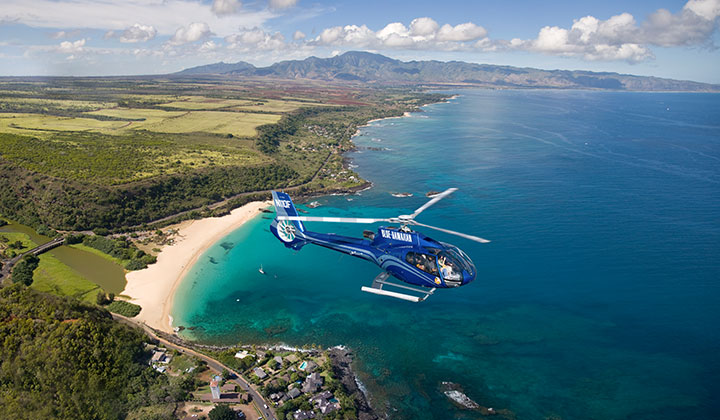 Mississippi is a travel destination in the United States and it is known as the most attractive cultural state in the southern part in the USA. Lots of cultures are gathered in one place there. The French and British culture mixed with the native American and African American culture together with the influence of the Spanish culture make this place a real cultural rainbow. This is one of the reasons why Mississippi is a state which is visited by such a big number of tourists from all around the USA and the world. 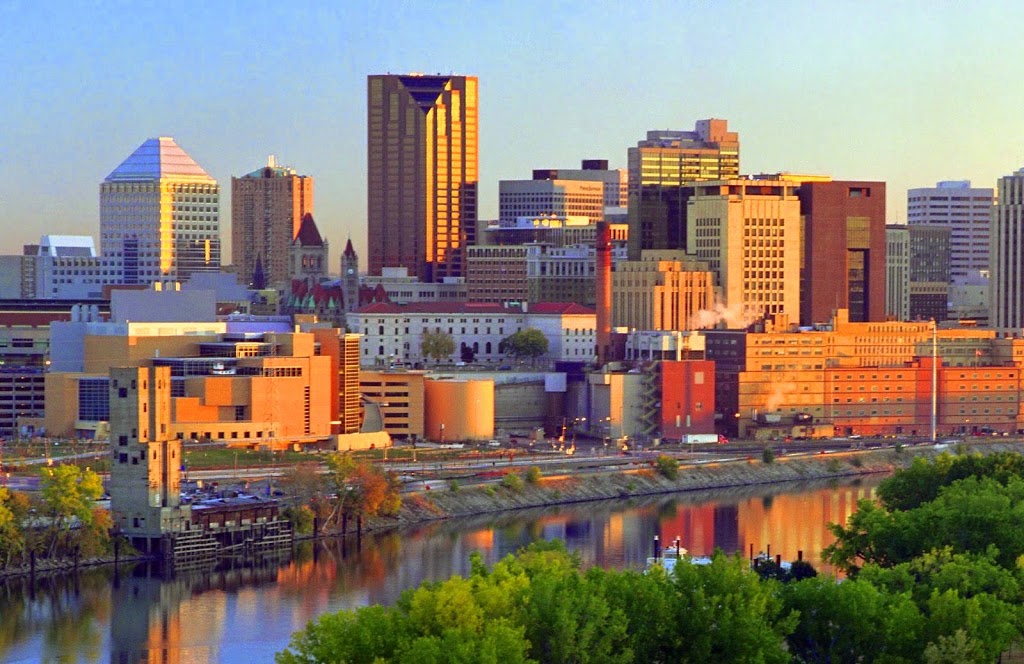 Nevada is one of the fifty United States, located to the western, mountain west and southwestern region. This state got the name Nevada from the closeby Sierra Nevada Mountains, which means ‘snow-capped mountain range’ in Spanish. Nevada is largely an arid and semiarid country. a large chunk of the northern region lies in the great basin, a mild desert that experiences hot temperatures in the summer and cold temperatures in the winter. In fact, Nevada is the driest state in the United States. 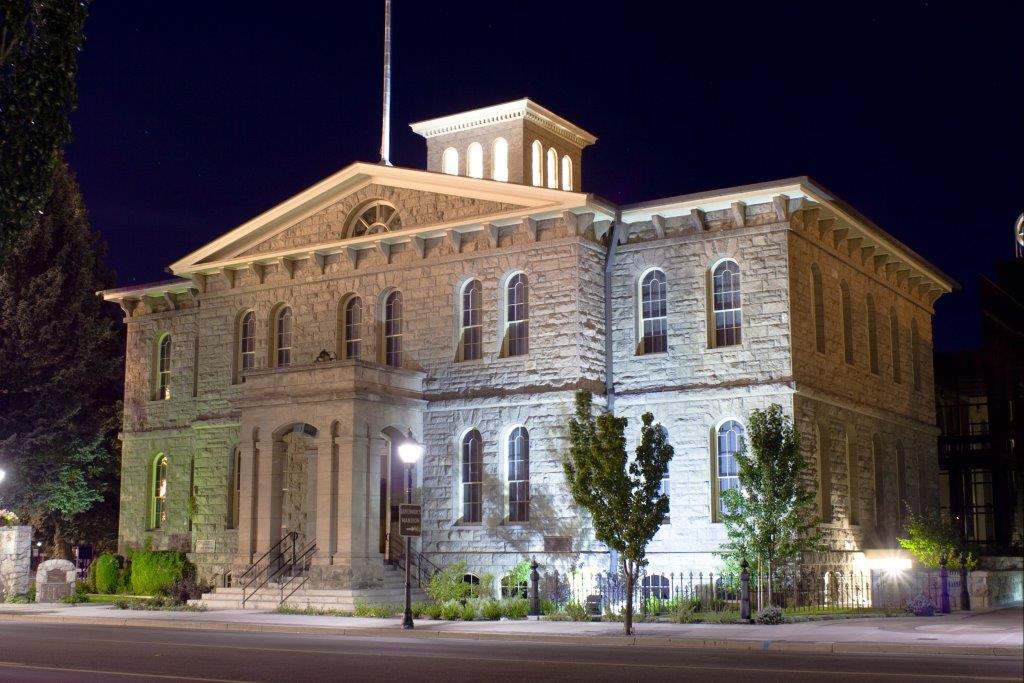 South Dakota is located in the Midwestern region and is bordered by the states of North Dakota, Minnesota, Iowa, Nebraska, Wyoming, and Montana. The state is named after the Lakota and Dakota Sioux American Indian tribes. Its capital is Pierre City. 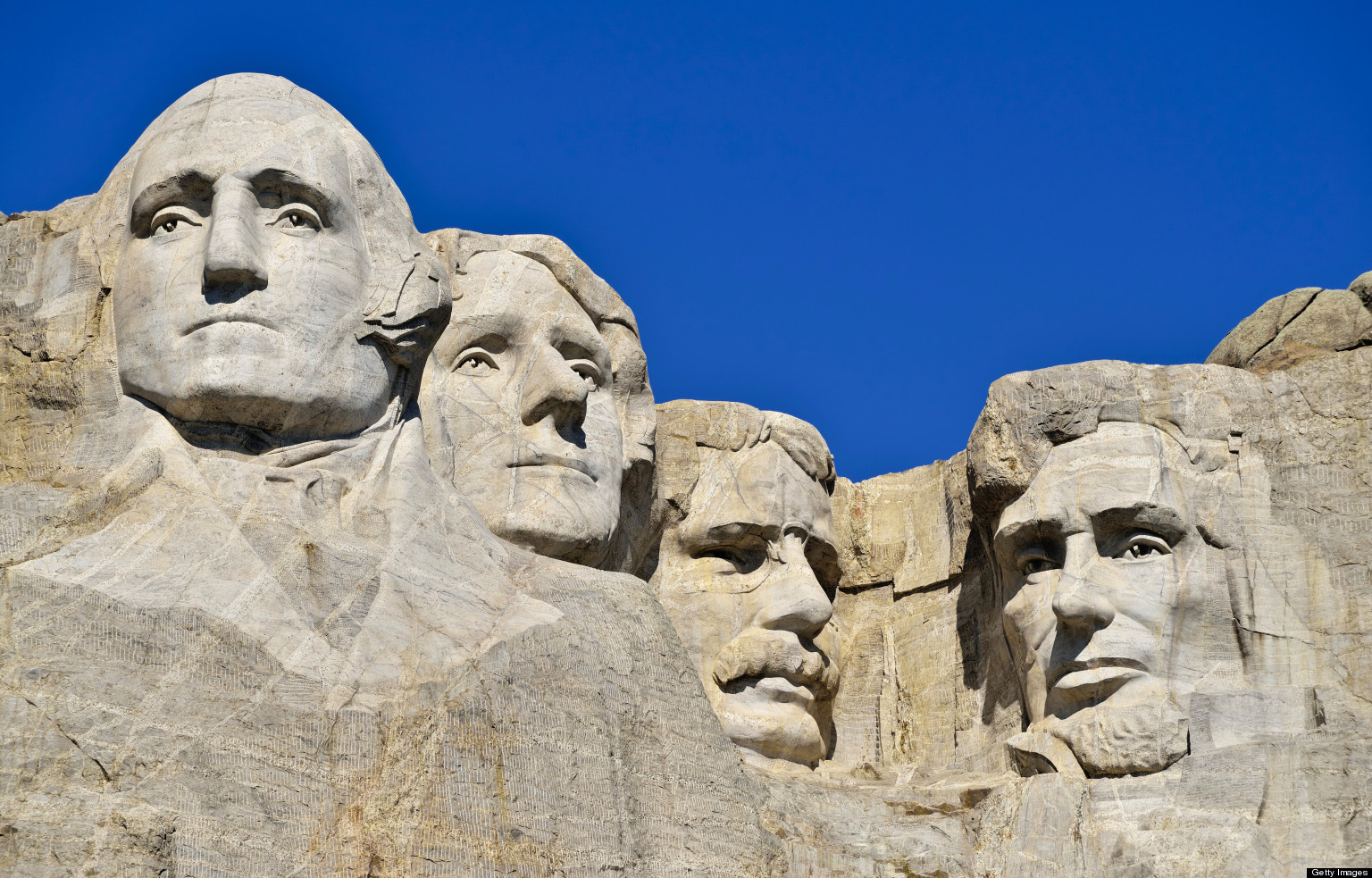 This is one of the 50 states that make up the United States of America. Utah is a renowned tourist destination in the Southwest of the United States. It is famous for its unbelievable beauty and the opportunity it offers for all year round outdoor activities including hiking, boating, snowboarding, horseback riding, camping, water skiing, skiing, and rock climbing. It is also home to a number of unique modern sits such as Temple Square, which is the headquarters for the Mormon Church. Salt Lake City is its capital. 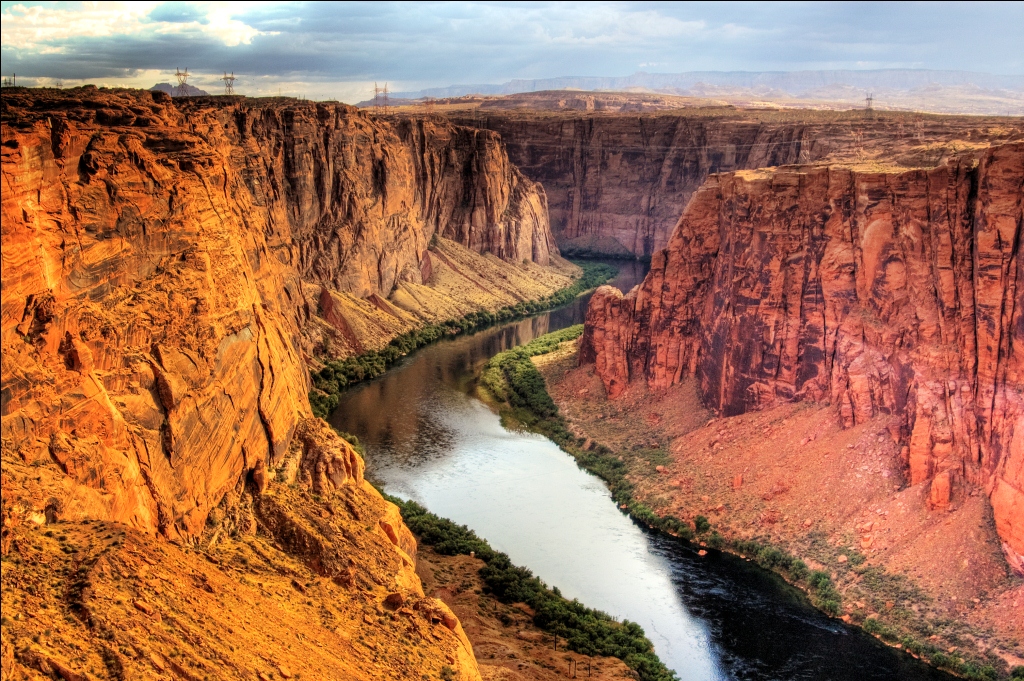 The big city of Chicago is located in the northeast of Illinois and lies on the southwestern shore of Lake Michigan, one of the Great Lakes. Two rivers flow through Chicago, entirely or partially. They are the Chicago River downtown and the Calumet River in the industrial far South Side. The Chicago Portage connects the watersheds of the Mississippi River and the Great Lakes, thus making Chicago part of a continental divide. The Chicago River is connected, by the Chicago Sanitary and Ship Canal, to the Des Plaines River, which flows to the west of the city. 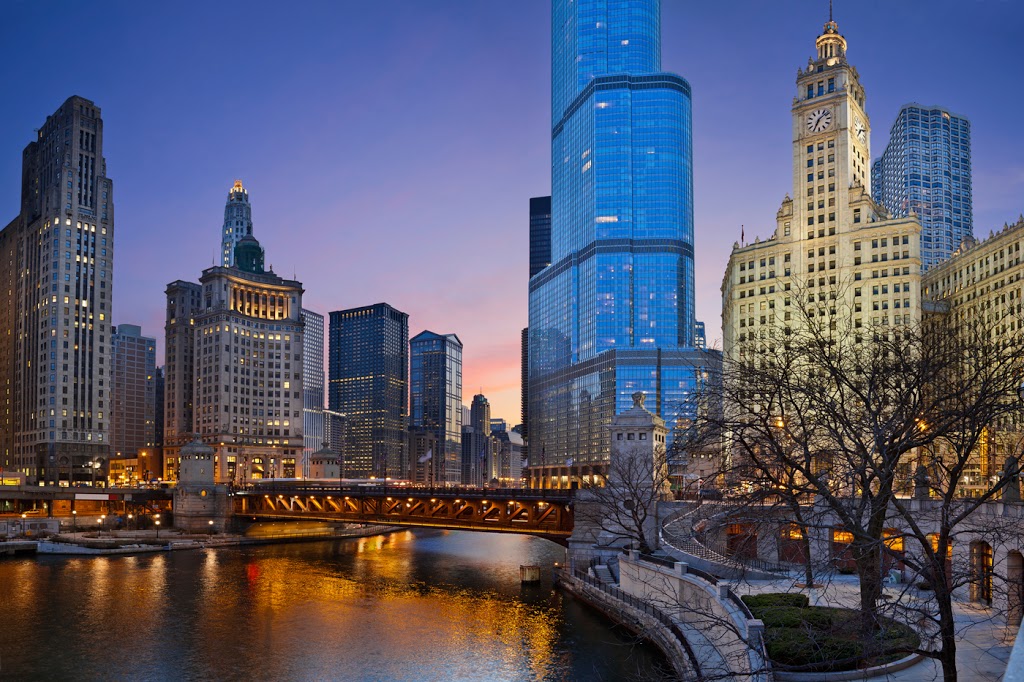 Touring Los Angeles is an amazing adventure for first-time visitors in this second-largest city in the United States of America. Los Angeles has well established infrastructural facilities, abundant transport, many educational facilities, scientific and technological facilities, fashion industries and the biggest base of global entertainment, Hollywood. Los Angeles is the location where the internet emerged and spread throughout the world in the twentieth century. Touring Los Angeles gives any visitor the most yearned chance of chatting face to face with a favorite celebrity that you have always seen acting in movies or singing famous songs. Los Angeles has a fantastic terrain that also acts as a tourist attraction. Hospitality and accommodation in Los Angeles are highly regarded. 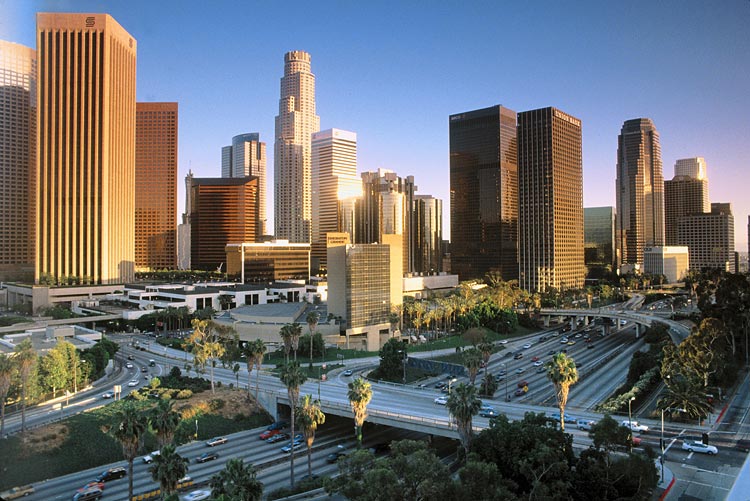 New York is a title referring to one of the states of the United States of America and one of the largest cities in America, New York City. New York has been a tourist destination for foreign tourists from all over the world and a dream destination for many teenagers and young adults. New York is famous for its significant history, its formation and many attractive sites within it. New York’s city population has been expanded over the years by foreigners who have been convinced by the beauty of the city that it is a nice place to dwell in. New York State has lots to offer in the tourism sector with sincerely, highly-regarded hospitality services. 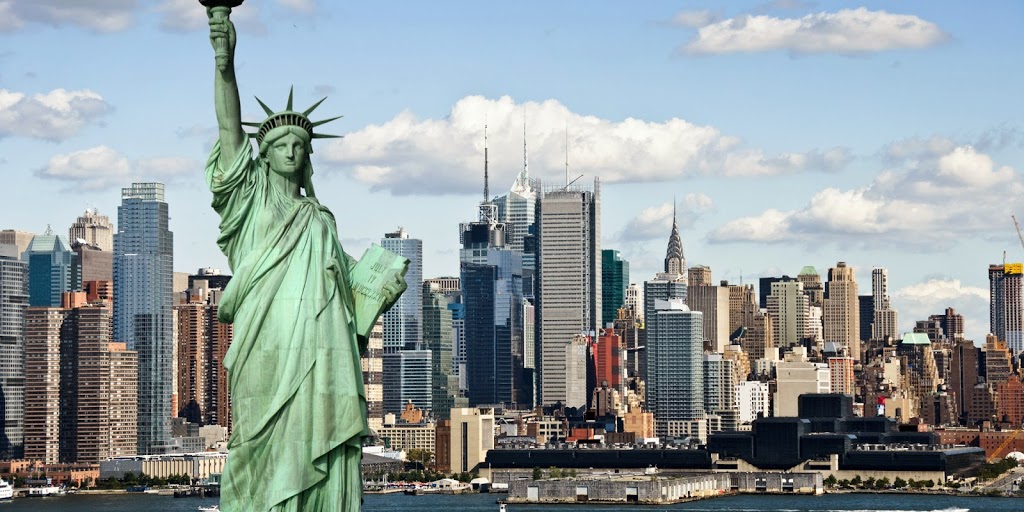 Washington D.C. is one of the largest cities in the United States of America. It is the center for all administrative, economic and political activities that involve the whole federation of all the American states in U.S. Washington D.C also plays a major role in the tourism sector of the USA. This enormous city has several historical sites, museums and diverse natural beauty. 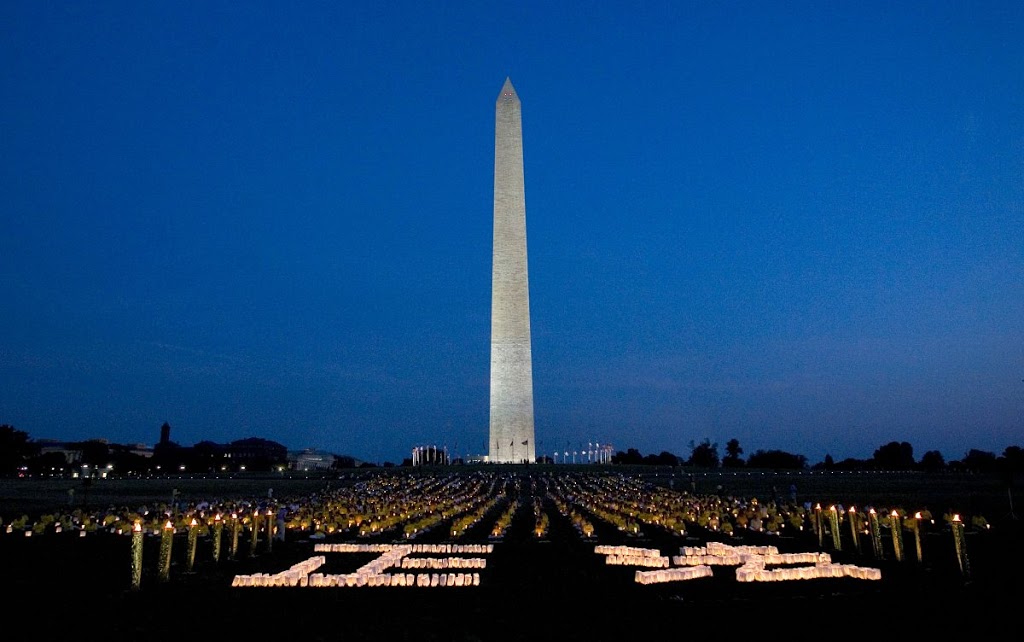 Denver is a beautiful city that enjoys about 300 days of sunshine annually and it is the capital and largest city in Colorado. This tourist destination has a lot to offer whether it be historical, cultural or just pure entertainment. Denver is definitely the best city around that is a mile above sea level. Visitors will enjoy the many different sites and events that only such an amazing city could offer, visiting this destination is a new experience that will be an impression and make your holiday memories that will last a lifetime. 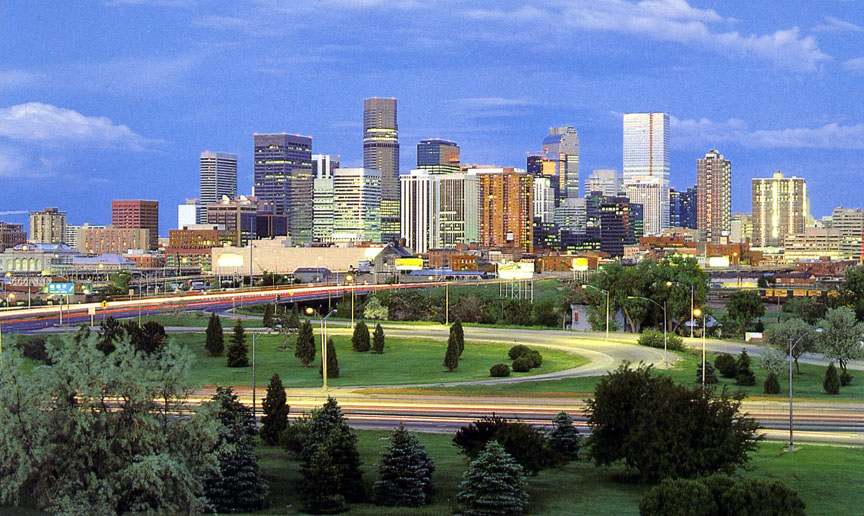