Share
The Arc de Triomphe in Paris is arguably one of the most popular monuments in Paris. The arc stands right at the center of Place Charles de Gaulle which was previously known as Place de l’Etoile near the Champs- Elysees in the western end. As a traveler, you mustn’t confuse the ark with the much small arch known as Arc de Triomphe du Carrousel that stands beautifully in the western part of the Louvre. Triumphal Arch or the Arc de Triomphe was built in honor of the people who fought and lost their lives during the French Revolutionary while fighting for France and also those who fought the Napoleonic wars. 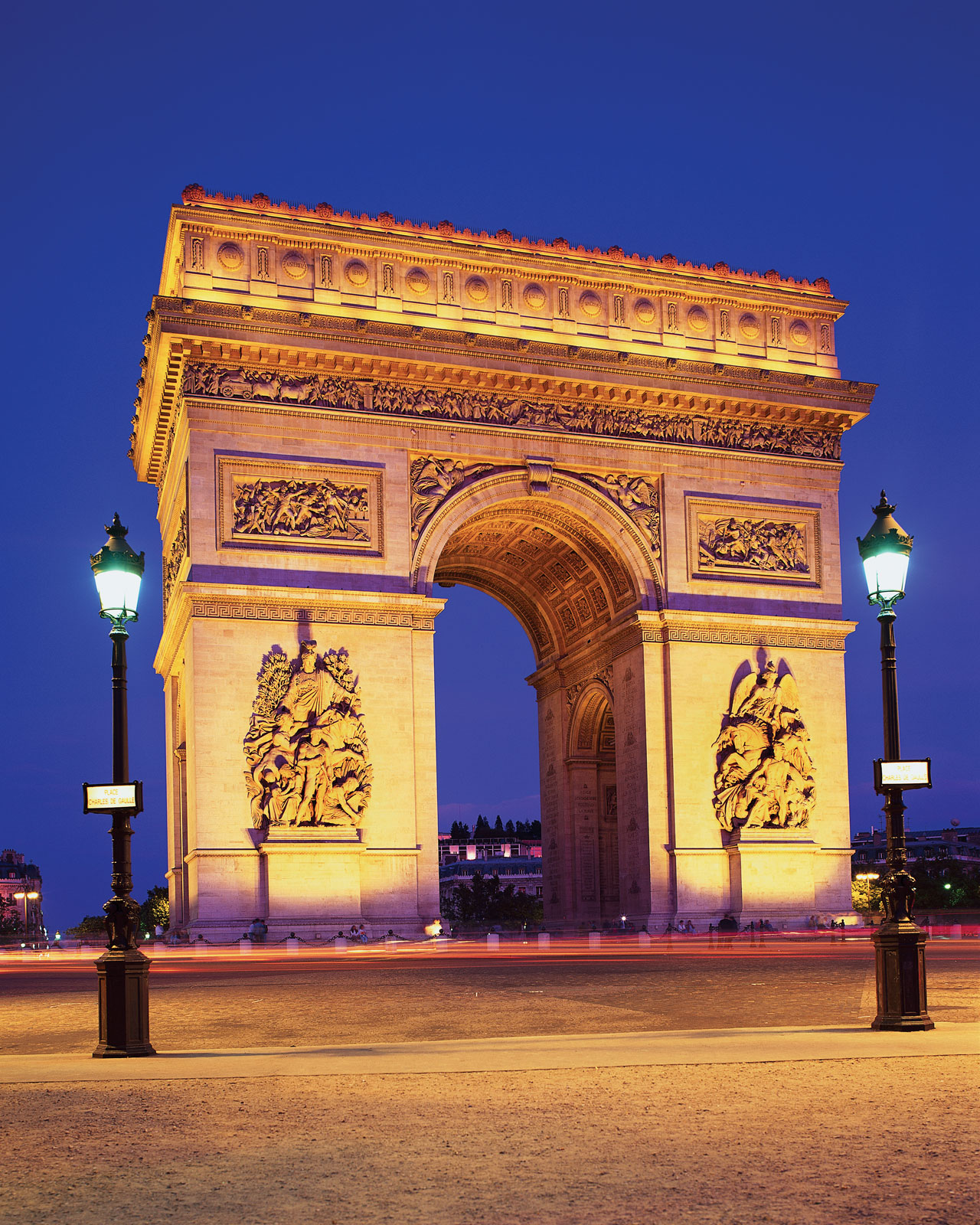 At the arch, all the names of French generals and victories have been inscribed on both the outer and inner surfaces. At the vault, there is a tomb of Unknown Soldier who was killed during World War 1. This monument is a linchpin of the historic axis which refers to a sequence of grand thoroughfares and monuments on a route going from Louvre courtyard to Grande Arch de la Defense. Jean Chalgrin was the architect who designed the monument back in 1806 and the arch’s iconographic program heroically pitted nude. The arch was the first to set a tone of public monuments in French bearing triumphant patriotic messages. 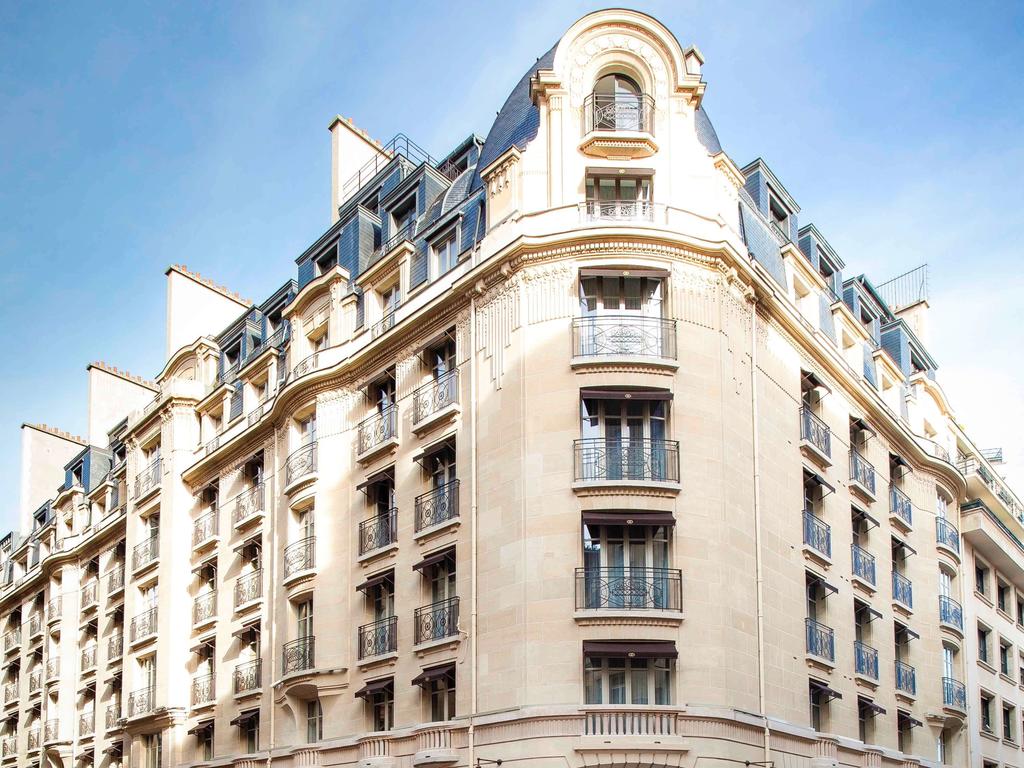 As far as its measurements are concerned, the Arc de Triomphe has a height of 50 meters, 22 m deep, and 45 m wide. It also has a large vault measuring 29.19 m in height and a width of 14.62 m. A much smaller vault at the monument stands at a height of 18.68 m and a width of 8.44 m. before the Arch of Triumph was constructed in 1982 in Pyongyang, the Arc de Triomphe had all along been the biggest triumphal arch that was in existence by then. Its unique design was an inspiration of the Arch of Titus found in Rome. History records that the Arc de Triomphe was built on such a massive large scale such that only three weeks after the 1919 Paris victory parade which marked an end to the World War 1 hostilities, Charles Godefroy iconic flew his well known Nieuport biplane right through the arch. This event was captured in a newsreel. 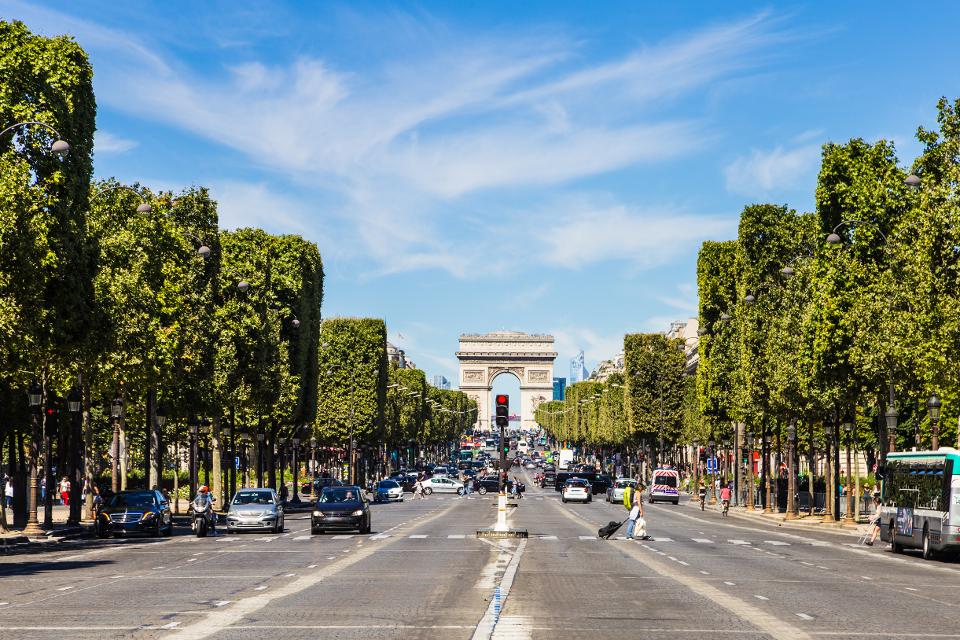 You can access the Arc de Triomphe by the Metro and RER with exit at Charles de Gaulle at Etoile station. Due to the heavy traffic that is found at the roundabout where the Arch stands at the center, pedestrians are highly advised to make use of one of two underpasses found at Avenue de la Grande Armee and the Champs Elysees. There is a lift at Arc de Triomphe that ferries visitors nearly to the top where there is a small museum containing large Arch models. This tells you lots of stories regarding the construction of the Arc de Triomphe. To reach the top, there are 46 more steps that you still need to climb and enjoy a good view of Paris. 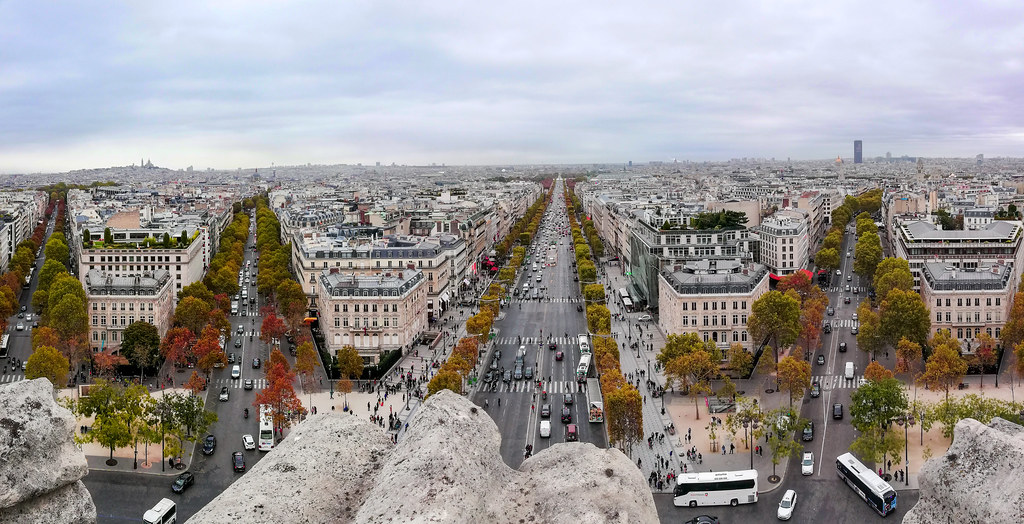