A guide to the holiday resorts of Tenerife

Share
From lively beach resorts and historic towns to hilltop hideaways and quaint fishing villages, there’s a place to suit everyone on their holidays to Tenerife in the Canary Islands. For a small island there is a huge amount of diversity between the resorts and towns as well as the landscape of mountains, national parks, and coast.
The resorts of south Tenerife
The south is where many of the larger and popular beach resorts can be found, yet there are quieter areas squeezed between the more established places. Don’t expect peaceful fishing villages or historic old towns, but think more along the lines of Playa de la Arena, a relatively quiet yet modern resort that’s growing in popularity. A highlight is Pancho Restaurant located next to the resort’s grey-sand beach where you can feast on freshly grilled fish served with spicy mojo sauce. If, however, you like your holidays lively and packed with activities then there are a couple of resorts on the south coast that might appeal more. 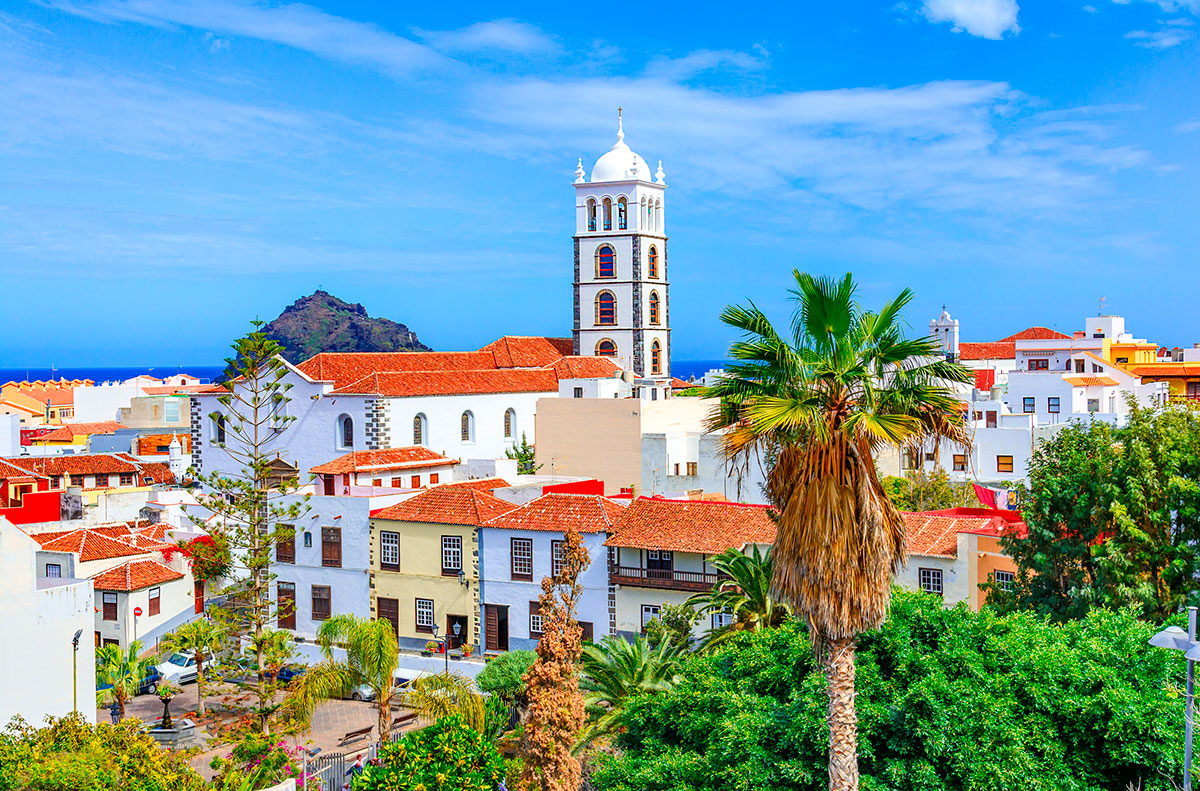 Playa de las Americas
The purpose-built resort of Playa de las Americas is undoubtedly the largest and liveliest on the island. If you’re after a beach holiday in Tenerife then this loud and brash resort has some of the best beaches in the south, and there are plenty of water sports available too. It boasts the best hotel, Bahia del Duque, and the most vibrant nightlife going with an infamous strip of bars and clubs as well as heaps of shops and restaurants.

Once a fishing village, Los Cristianos is now a busy seaside town with a bustling harbor and town center packed with shops and restaurants with menus featuring everything from local Canarian cuisine to the obligatory burger and chips. Los Cristianos has managed to retain its charm and is a good all-round resort to rival its Playa de las Americas neighbor. Holiday apartments cover the surrounding hills and its two sandy beaches offer relaxation as well as a whole host of water sports. 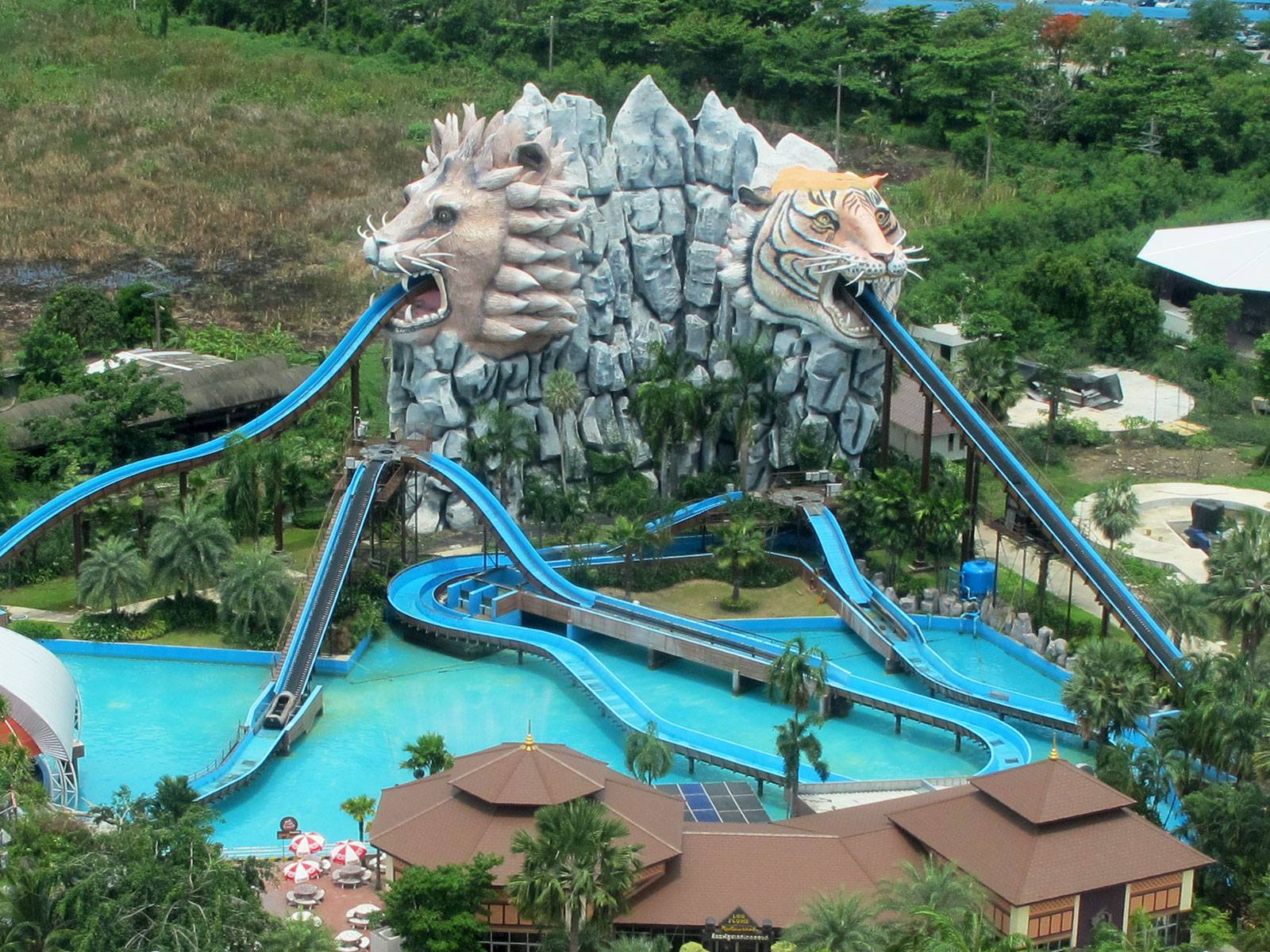 Costa Adeje
Just along the coast you’ll come across the ever-increasing resort of Costa Adeje. Made up of many sub-areas, but referred to as one, it’s the new place in the south to be seen. Find a wealth of swanky restaurants and bars, along with lots of places to spend your money; the area is home to some great shops to grab souvenirs and boutique type items. Costa Adeje is home to some of the newest and finest hotels on the island and it’s where you’ll find the most 5* resorts, such as the popular Costa Adeje Gran Hotel. 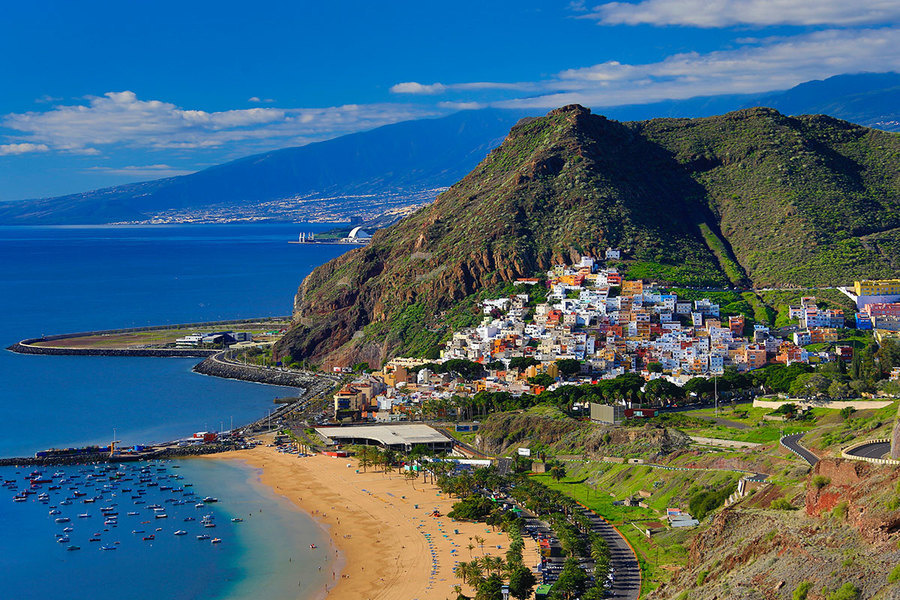 The capital of Tenerife is the bustling harbor town of Santa Cruz, a lively town filled with restaurants, bars, clubs, art galleries, and great shopping at the Plaza de España. Santa Cruz has arguably the best beach on the island, the unspoiled Playa de las Teresitas, a golden sand beach dotted with palm trees.

For colonial Spanish architecture travel inland to the beautiful Aguero Valley and the town of La Laguna with its traditional houses and stunning religious buildings, while Guimar and Candelaria in the southeast of Tenerife are worth a visit too.

The scenery of the Mount Teide National Park is sensational and it’s not hard to see why it’s the most visited national park in the whole of Spain. Or get completely off the beaten track and go hiking in the remote and beautiful Anaga Mountains, northeast of Santa Cruz.

Less touristy than the south, north Tenerife holidays promise stunning architecture, beautiful scenery, charming towns and villages as well as beaches to rival the best on the island. 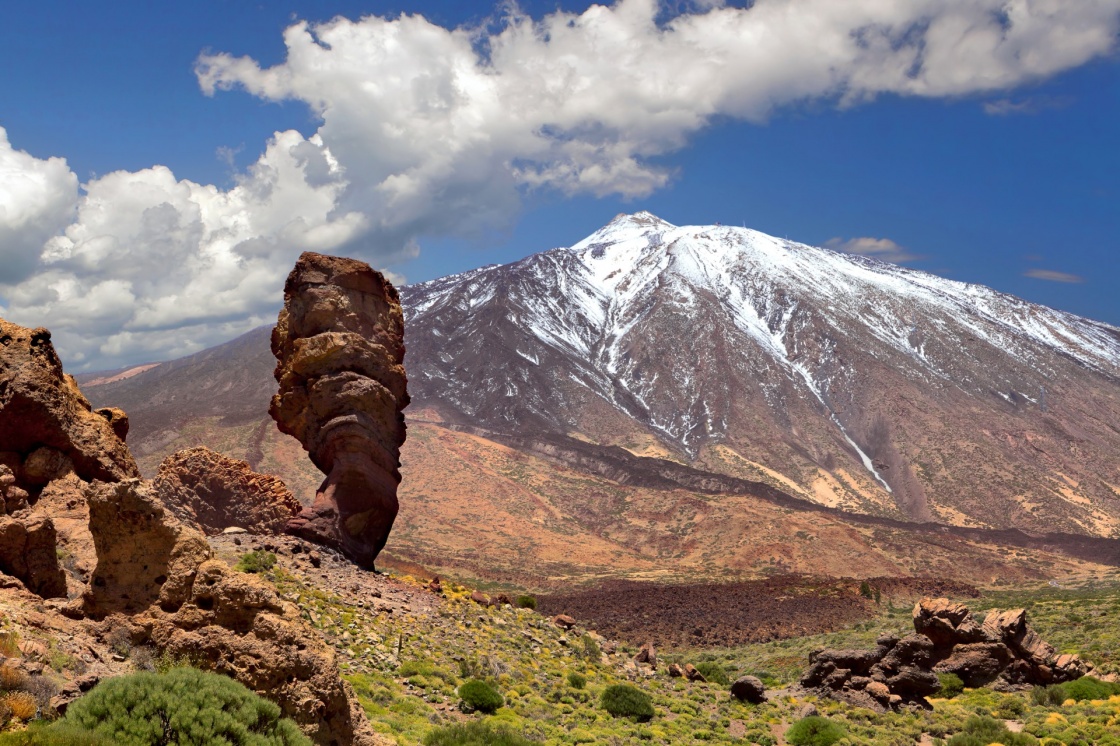 Puerto de la Cruz
The oldest resort on the north coast has in recent years been reinvigorated with cars being banned from a section of Puerto de la Cruz leaving a wide pedestrian promenade. The 17th-century church of Nuestra Senora de la Pena de Francia and other old buildings give the town charm and individuality, while nearby volcanic Mount Teide ensures Puerto de la Cruz has spectacular views. The town is also home to the hugely popular Loro Parque wildlife center.

The attractive coastal town of Garachico features volcanic rock pools of differing depths that were formed in 1706 by lava that swamped the town. An open-air saltwater swimming pool can be found next to the rock pools, while the seafront features a museum and some charming restaurants.

Los Gigantes
A smart coastal resort on the northwest coast, Los Gigantes was named after the Acantilados de la Gigantes, the towering cliffs that overshadow the town. Seafood restaurants and cafés line the town’s marina and boat trips to see whales and dolphins can be taken from the harbor. There’s also a black sand beach and the Los Gigantes Lido, a series of saltwater pools with sun terraces perfect for an afternoon of relaxation.

With a beautiful historic center, cobbled streets, unique architecture, and a traditional Canarian atmosphere, La Orotava on Tenerife’s north coast is a hidden gem. There are three volcanic beaches, a botanical garden, and hiking to be had in the Orotava Mountains.
Favorite Places 2012-03-08
+Jugoslav Spasevski
Share
Previous Driving in Majorca
Next Great Places to go Snorkeling in the Maldives