Share
Costa del Sol is a very popular travel destination in the autonomous community of Andalusia in the south of Spain. It is situated between two other coastal areas, Costa de la Luz and Costa Tropical, but these are less frequent. The name Costa del Sol means ‘sun coast’ and is very appropriate for this marvelous and sunny place. The coast stretches along more than 150 kilometers of the Málaga province, from Almeria to Tarifa. 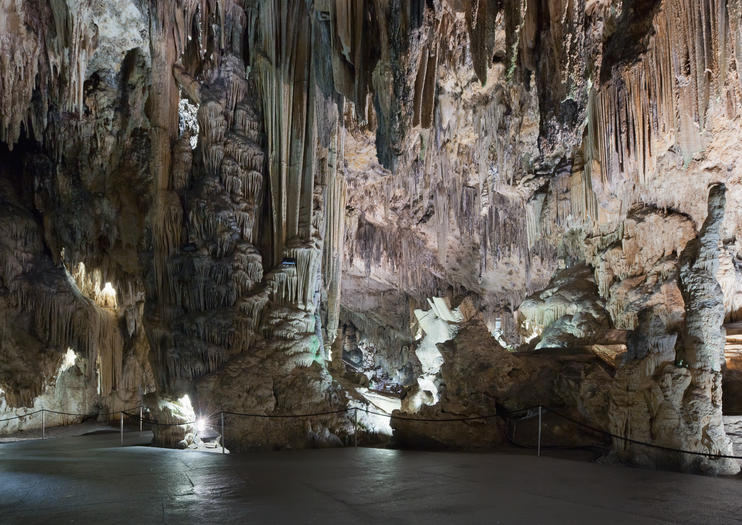 Costa del Sol is densely populated and is also one of Spain’s most popular holiday destinations. An interesting fact, adding to the claim of its popularity, is that there are more jet skis per capita than in any other place in Europe. The climate in this part of Spain is very mild and allows visitors to enjoy the fine sandy beaches and calm Mediterranean waters all year round, and not just during the summer months. 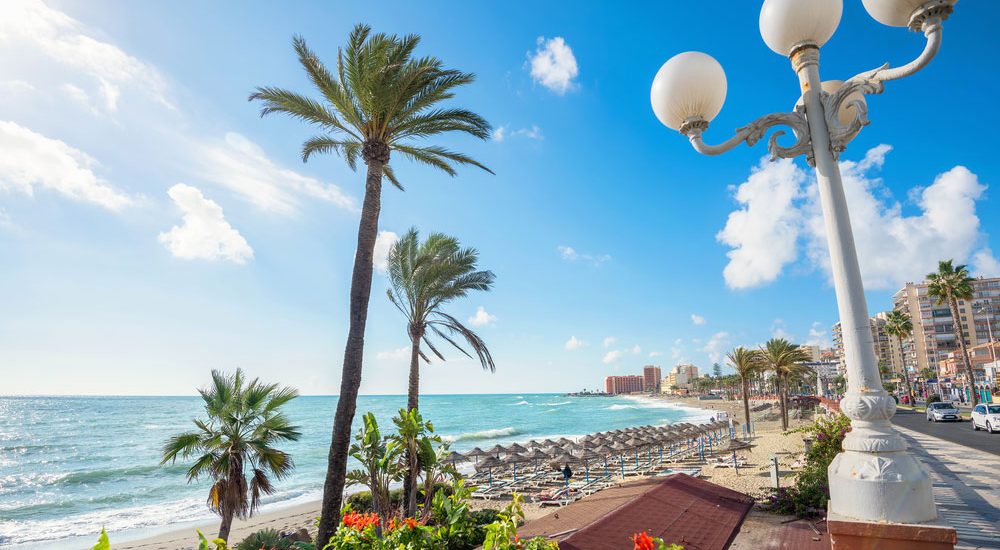 The 100 kilometers of coastline that begins at the city of Malaga, the capital of the Malaga province, and goes west to Cadiz is the western Costa del Sol. This is the more developed part, with better infrastructure and facilities, and thus attracts a large part of the tourists visiting Spain. The Malaga International Airport, situated 8 kilometers to the west of the city, is crucial when it comes to communications. The most important land connection is the recently greatly improved district road from San Pedro de Alcantara to the historic town of Ronda. 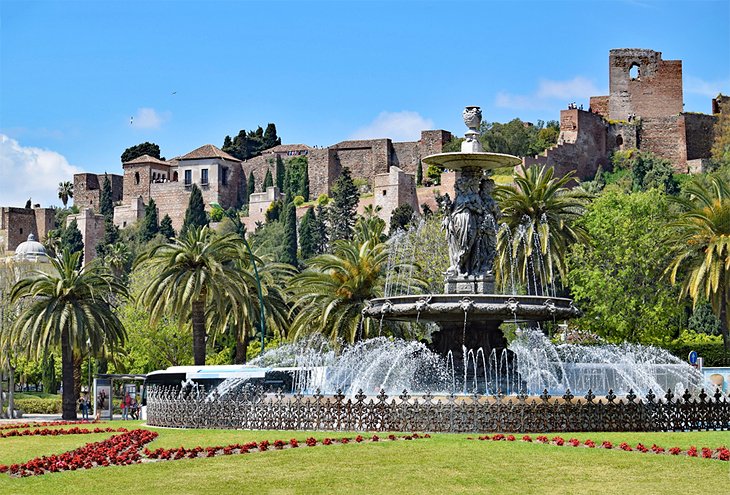 Western Costa Del Sol
The coast that stretches for 54 kilometers to the east of Malaga city is the eastern Costa del Sol. Although very well developed as far as the property is concerned, it is very different from the western part. This is partly because there are cliffs of up to 200 meters eastwards from Malaga, where the Sierra Almijara joins the sea. This section ends at a place called Mara, on a coastal plain. The eastern part of the coast has an urban landscape and is surrounded by traditional agriculture. The most important urban center on this end of the coast is Nerja, which has experienced rapid growth during the last years. The majority of tourist accommodations offered on the eastern part of the coast are in Nerja or in the tourist pueblos that surround it. This town also has a major tourist attraction, the Nerja Caves. They are spectacular and are open to the public. An annual music and dance festival is also hosted in these famous caverns. 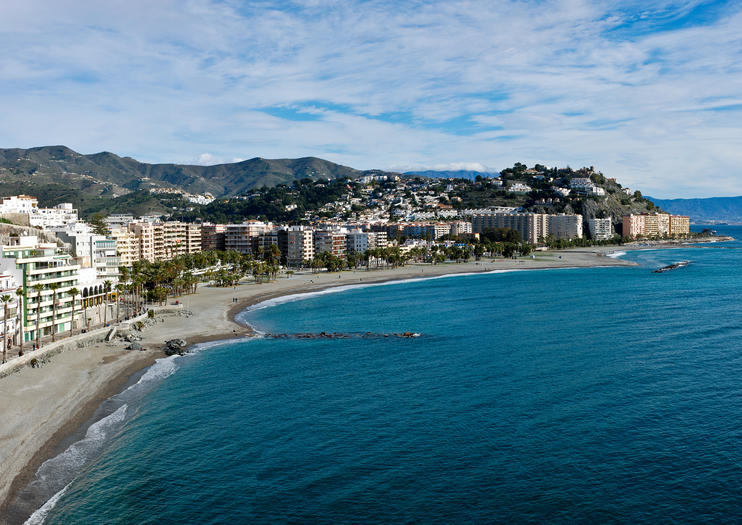 Eastern Costa Del Sol
Costa del Sol has an abundant number of wonderful beaches, from Nerja to Gibraltar, and the tourist often have a hard time when choosing one. These beaches are famous for their white sands and their warm seawater. For visitors desiring more secluded and tranquil vacationing spots, the Sotogrande beaches, well known for their natural beauty and relaxed atmosphere, are a fantastic choice. The Estepona and San Roque beaches are quite different but just as beautiful. The Estepona beaches are mostly suitable for families visiting this area, because they stretch for kilometers and the waters there are very shallow, safe, and warm, ideal for playful children. 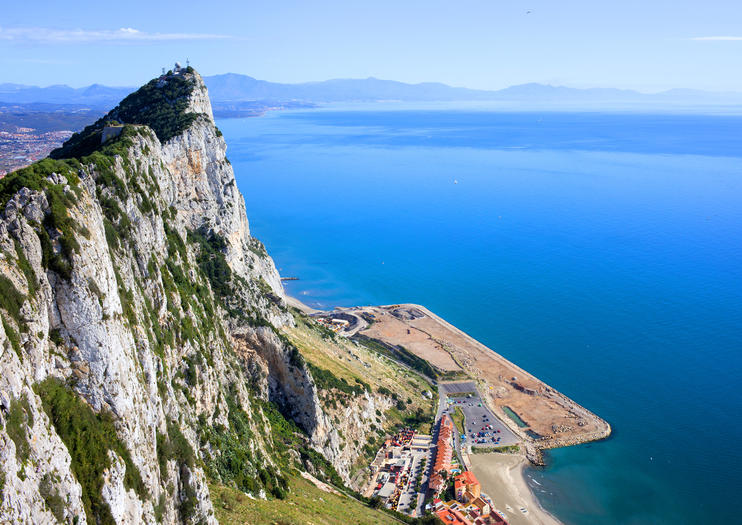 Costa del Sol has many resorts that can accommodate a very large number of tourists. The most popular are Benalmadena, Fuengirola Torremolinos, and Marbella. These resorts have been attracting visitors for years and steadily continue to do so. 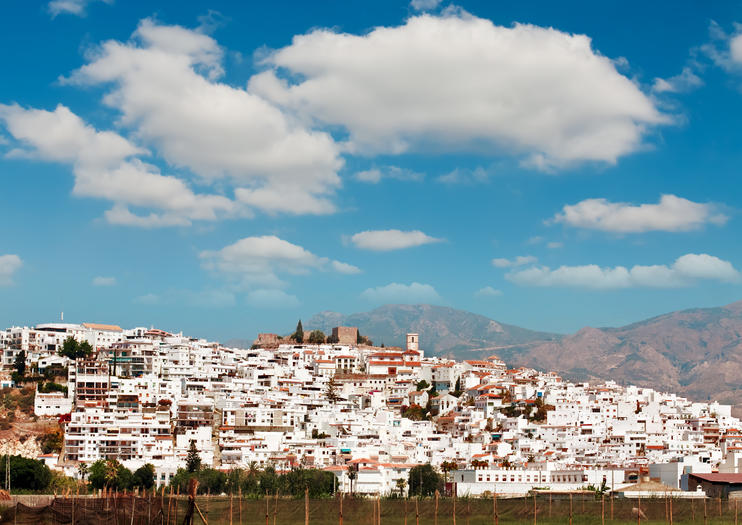 Driving along the coast, all the way from Malaga to Marbella, while visiting the small towns along the way and enjoying the local atmosphere, is an astonishing and amazing experience.
The Costa del Sol is a very large tourist site and therefore offers a vast and exciting variety of activities, entertainment, and relaxation, and caters to people with all kinds of tastes, to the young and old, to the visitors and the locals.
Travel & Honeymoon 2011-08-10
+Jugoslav Spasevski
Share
Previous Corfu Island, Greece
Next Crete, Greece