All About Da Vinci’s Last Supper

The Last Supper by Leonardo da Vinci, is one of the most famous works of art in the world. It is a large fresco-like painting on a wall of Santa Maria delle Grazie in Milan, Italy. It is not a real fresco because it was painted on a dry wall, instead of wet plaster. Unfortunately, the work began to deteriorate soon after it was completed due to the medium used. Therefore, numerous restoration attempts have been made to restore and preserve it over the years.

Although it took over three years to complete, da Vinci did not actually work on it continuously. No one knows the exact date of commencement due to lost and unreliable record-keeping.

Leonardo da Vinci was arguably one of the greatest artists that have ever lived. He was an artist, scientist, architect, author, engineer, inventor, and humanist. In essence, he was a Renaissance man. Da Vinci explored and delved into things which were centuries ahead of him. He was born in 1452 near Vinci in Italy, and died in Amboise, near Tours France in 1519. As one of the early Renaissance men, he was largely underappreciated in Florence, the birth place of the Renaissance, and lived out his days under the appreciative arm of French King Francois I.

His most famous painting, the Mona Lisa stands out amongst the collection of the Louvre, along with his several other works.

The Last Supper is among his most famous works. It is a giant fresco-like painting on the side of a wall of the dining hall of Santa Maria delle Grazie. The painting was commissioned by Sforza and is a perfect subject for a dining hall in a monastery.

Da Vinci depicted a meal as a religious ceremony in his Last Supper. Christ is very much the focal point of the entire piece, and we have a sense of asymmetrical symmetry as he is flanked by his disciples. There are thirteen people in all, and we can see, presumably the figure of Judas Escariot to the right of Christ, as he was still present at the meal. Some have theorized that Mary Magdalene was sitting to the left of Christ in the painting; however, this is a contradiction since there had to be twelve disciples, and she was not one of them.

It is important to note that Christ, as the center piece, is in fact well framed by the doorway. This provides a contrast between his figure and the outside, as well as drawing attention to the most important figure on the piece. 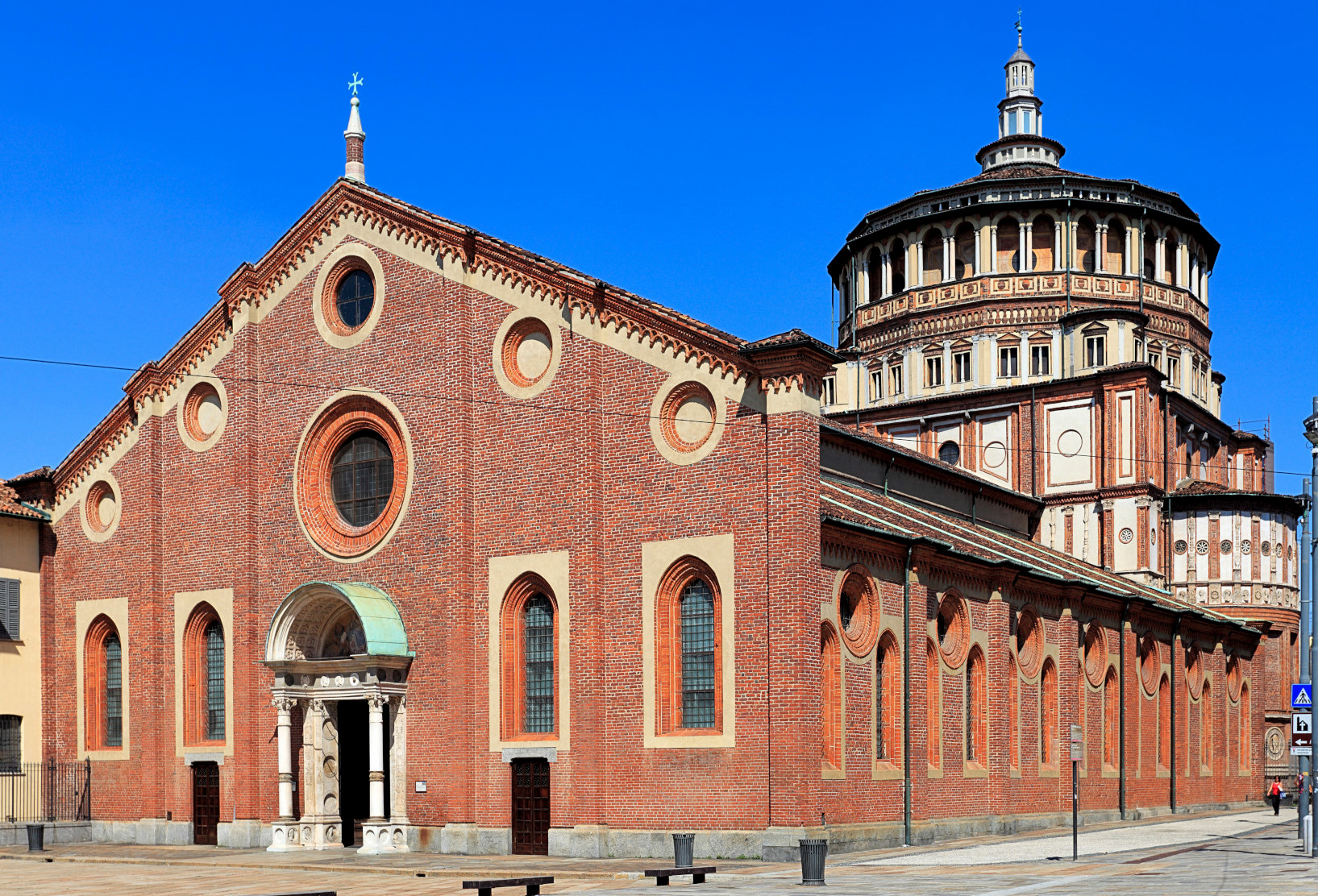 Da Vinci also made use of the symbolism of the number three. For example, Christ’s arms, head and body form a triangle, as well as the space on the left hand side between him and the figure to his left. The disciples are also arranged into groups of three along the length of the table.

One interesting fact is that there are perspective lines that radiate from the vanishing point on Christ’s head, indicating that he is the focal point of the painting. These perspective lines blend in with the ceiling and the walls.

The painting also makes us feel as if we are also a part of it. This formula has been copied and has become the standard for symbolic paintings from then on.

The Last Supper is the final meal Christ had with his disciples before he was arrested and ultimately crucified. The scene depicts the moment after Christ tells his followers that he will be betrayed and leave them very soon.

In the four groups of three, we see the reactions of the apostles to the news. From the far left, we have the first group looking surprised and probably thinking that they would never betray the Messiah. 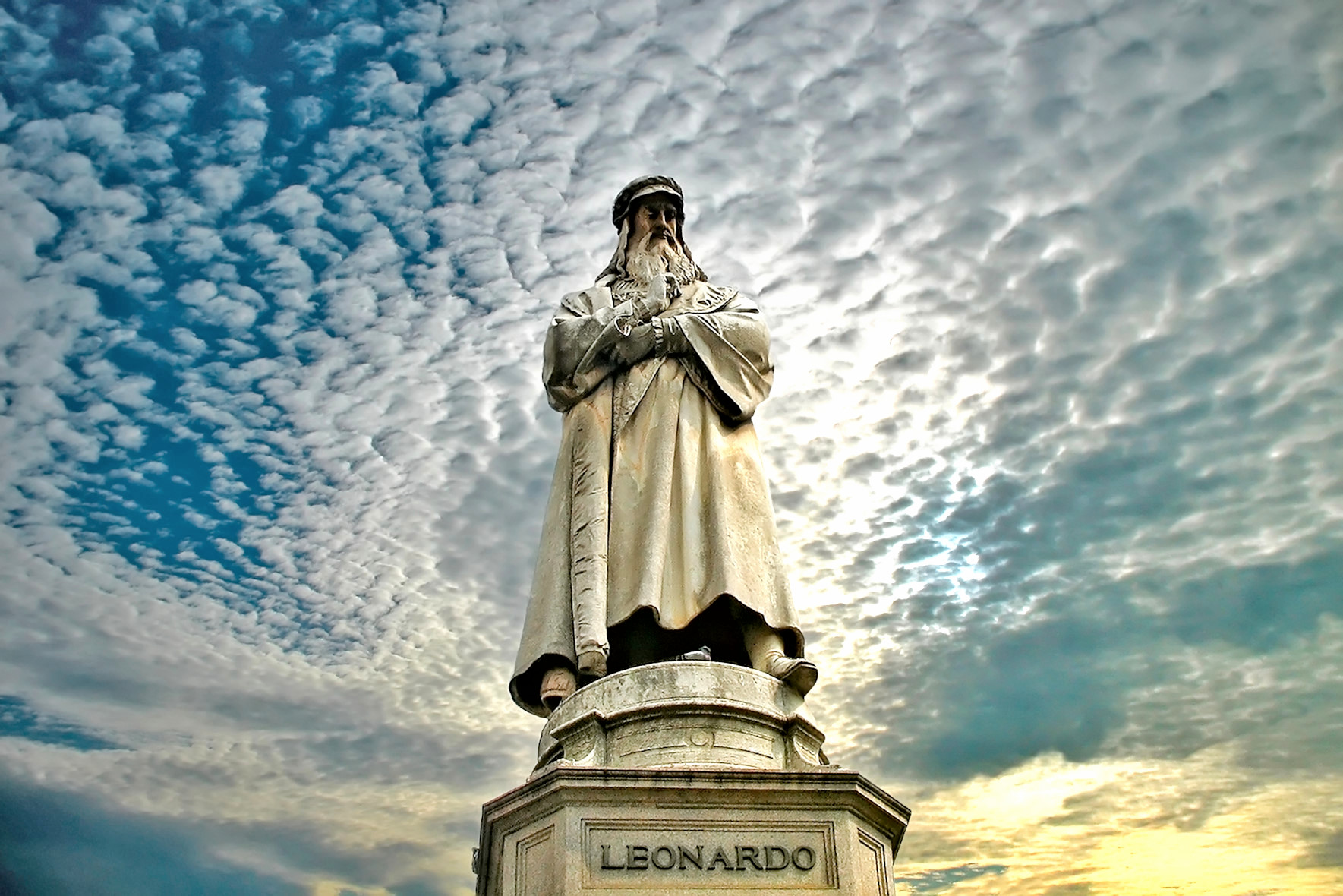 As for the next group, Judas is probably the one holding what appears to be a bag (perhaps of silver?). The apostle behind him might be Peter, Jesus’ number one disciple who appears angry at the news, and the other person is probably one of the younger apostles who appears to swoon. Many have suggested that this is actually Mary Magdalene, perhaps with the inspiration by the famous Da Vinci Code novel.

The group to the right of Christ seems like questioning Christ’s suggestion of betrayal, while the group on the far right seems like discussing the news loudly.

About sixty years after da Vinci had completed the piece, it started to deteriorate. The figures had already begun to appear quite unrecognizable. In the 18th century, a large curtain had been drawn to protect it, but this only made it worse due to the moisture it trapped.

The first attempt at restoration was made in the early 1700’s, but it did not go well. About fifty years later, this restoration work was stripped and a new attempt was made. However, due to public outrage, this attempt was stopped as the restorer repainted all but three of the disciples’ faces.

Over the next couple of centuries, other minor attempts were made to restore it, but none of them was until 1978 when a major restoration attempt was made with modern methods, along with new understanding of the reactions of the figures in the piece. This restoration took around twenty years to complete; however, it also created controversy due to the brightness of the new colors and several forms different from the original. 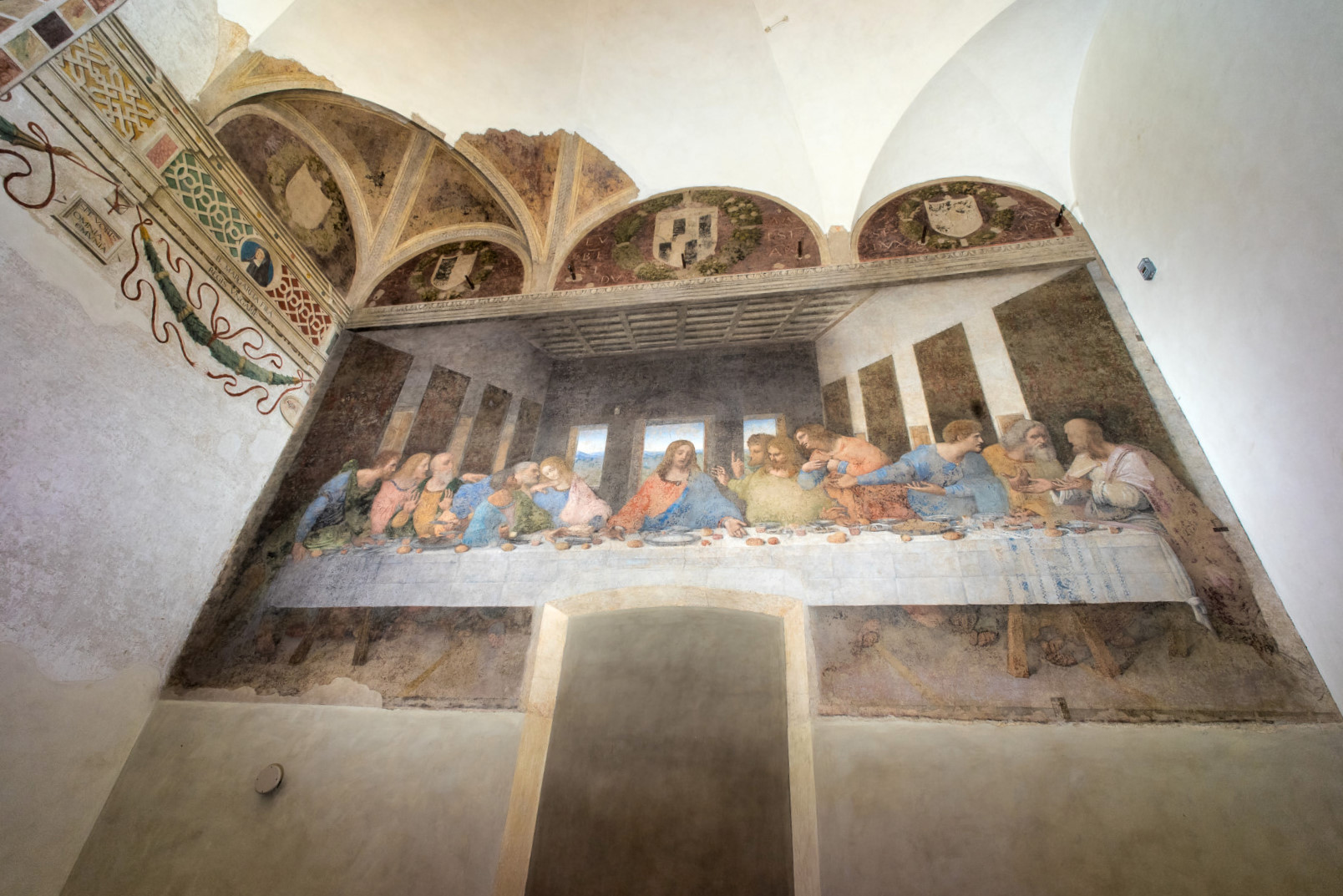 To this day, The Last Supper remains one of the greatest legacies of da Vinci. Despite the second-hand restorations, the piece is still worth to see, and provides an inspiring look into the genius mind of the great da Vinci. It was also a painting that would inspire new artists in terms of perspective and presentation. It certainly was a turning point in art history that directed art onto a new and more realistic path.

The Last Supper is displayed on its original wall painted by Leonardo da Vinci in Santa Maria delle Grazie monastery in Milan. Despite all the restoration efforts, it is still fragile. This is why visitors are allowed to see the painting for 15 minutes at a time. You can make your Last Supper Tour reservations online or get information from the official phone number +39 02 9280 0360.