For many travelers, a trip or vacation to England would not be complete without delving into the life and history of one of the greatest writers of all time, English poet and playwright William Shakespeare. If you are interested in literature and are planning a trip to the United Kingdom and England in particular, make a point to visit one of these Shakespeare attractions located around the country. 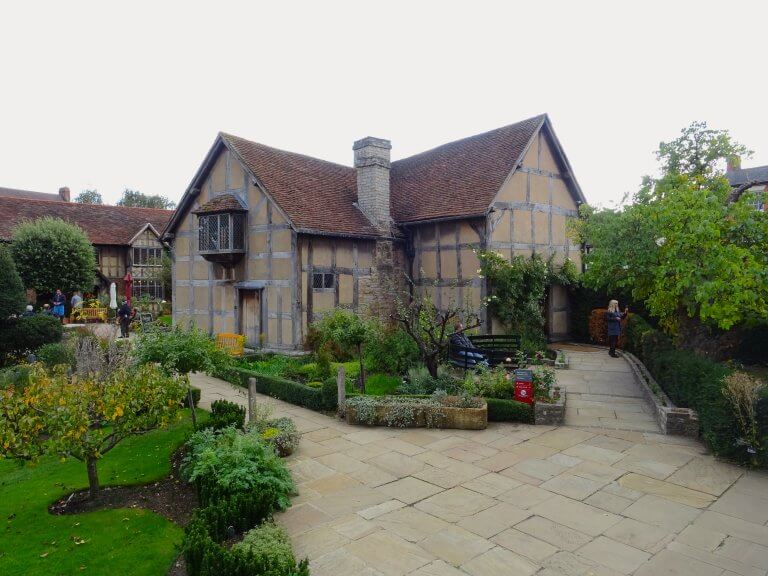 Many travelers are interested in learning more about England’s greatest writer while visiting the country, even if they have not read many of Shakespeare’s plays or sonnets. Despite having lived and worked in the Elizabethan age, Shakespeare is still a huge part of popular culture, with modern films like Romeo and Juliet keeping the literary giant relevant in the minds of young people beyond just the academic and literary crowd. Not to mention, Shakespeare authored a plethora of funny insults that will keep you chuckling. You will be surprised at the many different sides of the Bard you will get to know if you make a point to include his fascinating history in your travel plans.

Many of Shakespeare’s fans are surprised to learn that there is more than one William Shakespeare house you can visit on your vacation to England. If you visit Stratford-Upon-Avon, make a point to at least walk by the house that Shakespeare was born in on Henley Street. You can’t miss it: crowds of fans are always gathered outside snapping pictures of the home where Shakespeare was born in and lived in until a few years after he was married. Make sure to get a look at Shakespeare’s famous coat of arms above the door while you are there. If you have time and want to learn more, check out the small museum and walk through the beautiful gardens that England is known for.

After he was married, Shakespeare moved to New Place. He lived there until his death. While fans might arrive at New Place expecting to be able to walk through the Bard’s final home, the house was torn down in the 1700s as the new owner was tired of Shakespeare fans loitering on the premises. Even though the house is gone, the gardens of New Place are still beautiful and act as an outdoor museum on the life of Shakespeare, featuring interesting facts and artwork scattered along its paths. Close by, there is another small museum dedicated to the Bard’s life.

2021-06-06
+Jugoslav Spasevski
Share
Previous Martha’s Vineyard, Massachusetts Known as a Popular Summer Colony
Next Why should you visit Miami?