Share
The great walled city of Angkor Thom (literally means Great City), which lies 4.5 miles (7 kilometers) north of Siem Reap, has a massive coverage of three square kilometers, highlighted with numerous monuments and wall-carvings that define the city. Angkor Thom is considered as one of the most important archeological sites in Southeast Asia. Being the Khmer empire’s last and most enduring capital city, Angkor Thom has a remarkable history to be proud of, most of which are intricately carved all over the temple. Most of Angkor Thom’s ruins display bas-relief that shows the gods, goddesses, and other mythological characters of ancient Hinduism. There are also carved dragon-like creatures, as well as actual animals such as elephants, snakes, and monkeys. 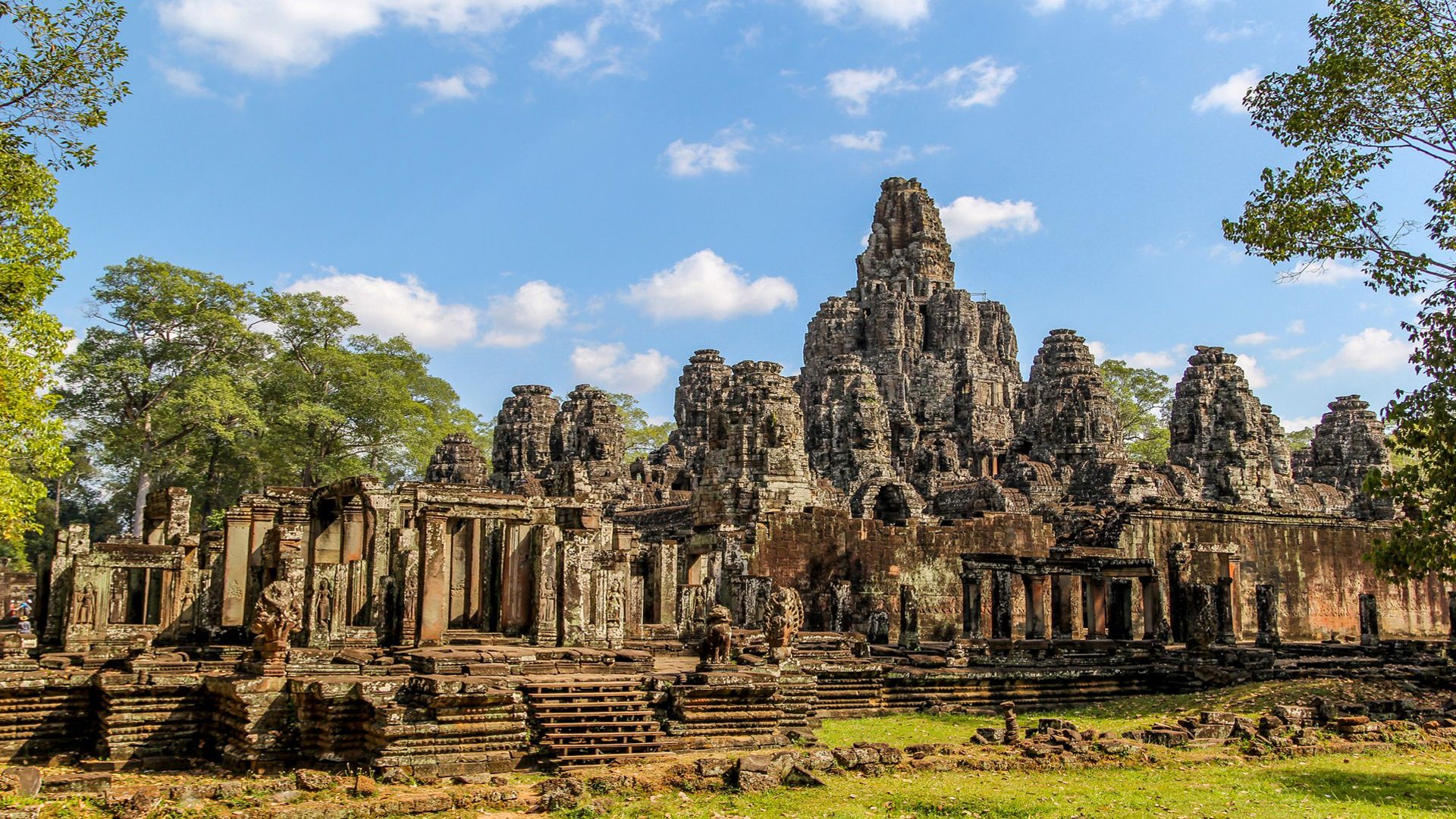 At the center of the walled city of Angkor Thom is the Bayon Temple. This center temple is perceived by early locals as the meeting of heaven and earth. Next to Angkor Wat, the Bayon Temple is a famous tourist spot in Cambodia that never fails to allure millions of visitors around the world. The Bayon Temple was constructed almost 100 years after the temple of Angkor Wat was built. Cambodia is a country rich in temples and structures, and Bayon Temple stands out due to its undeniable size of 9 square kilometers. But of course, it cannot be denied that what makes the Bayon Temple known all over the world is its display of gigantic stone faces, almost 216 all in all, carved in the 54 towers of the temple. The massive faces are believed to depict either King Jayavarman VII or Bodhisattva Avalokiteshvara. 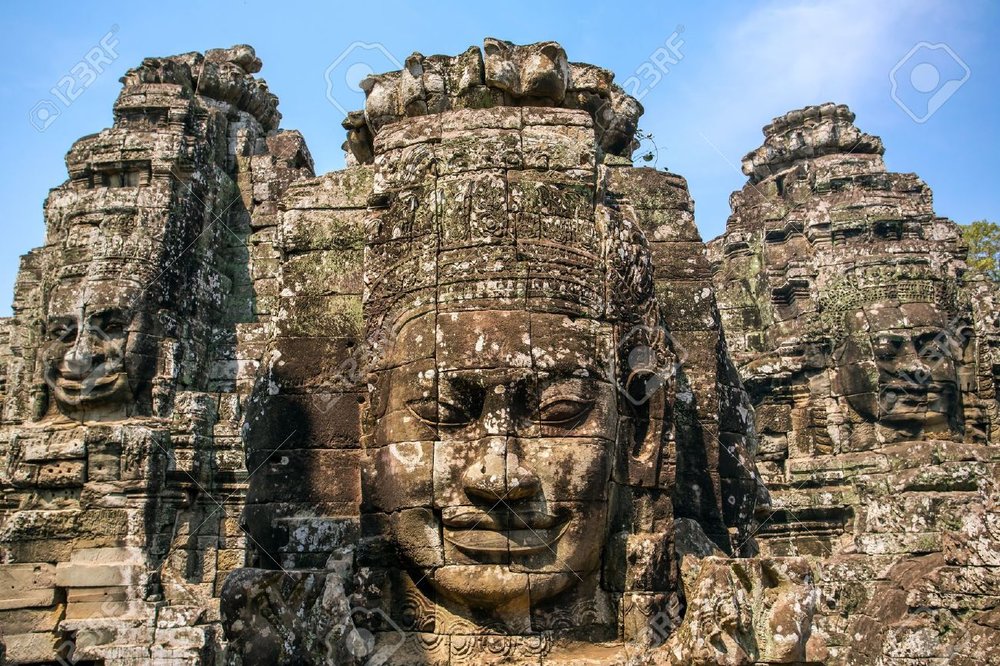 The Bayon Temple is composed of an upper terrace and two galleried enclosures where a full-length of about 1.2 km. of almost 11,000 carved figures of historical and legendary events of the Khmer empire are displayed. There are four notable faces seen in the Bayon Temple’s towers which symbolize the omnipresence of the king. The famous “Smile of Angkor” is reflected in the massive stone faces of Baylon Temple: thick forehead, downcast eyes, wide nostrils, and thick, curled-up lips. Five gates are surrounding the gallery of Baylon Temple, decorated by the Bodhisattva Avalokiteshvara’s head carving. The surrounding walls, on the other hand, served as the capital city’s protector and shield. Because the Baylon Temple boasts of countless scriptures that own historical relevance, UNESCO has established a protection program to safeguard this iconic site and its symbolic surroundings. 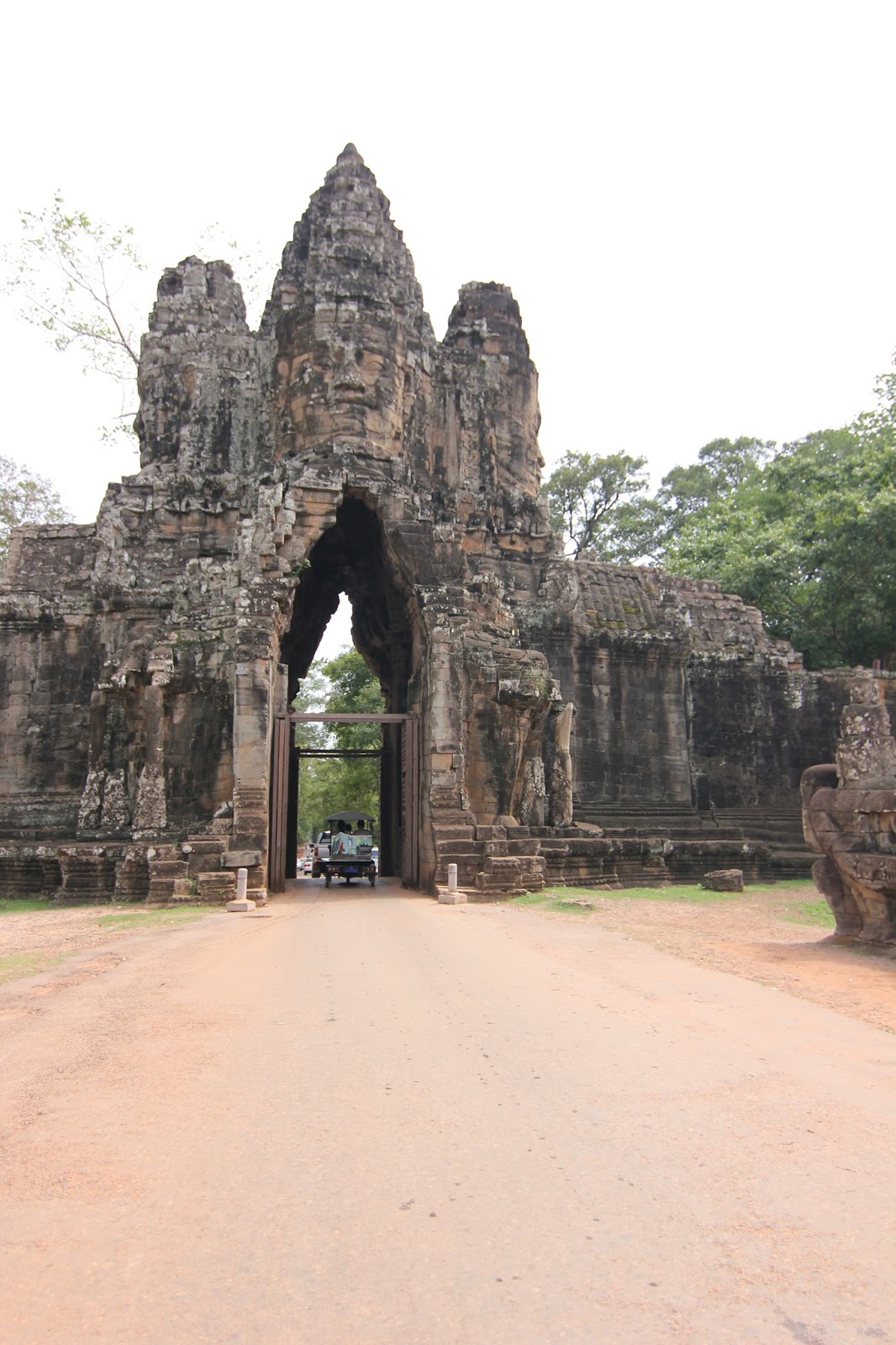 Tourists going to the Bayon Temple never leave the place without soliciting high praises to this majestic Cambodia treasure. One cannot help but be amazed by its historical representation, while the majority regard it as a sacred place due to modern-day worshippers that are every day present in the Bayon Temple. The scent of the incense used by the worshippers even adds to the sacredness and mystery of the place. 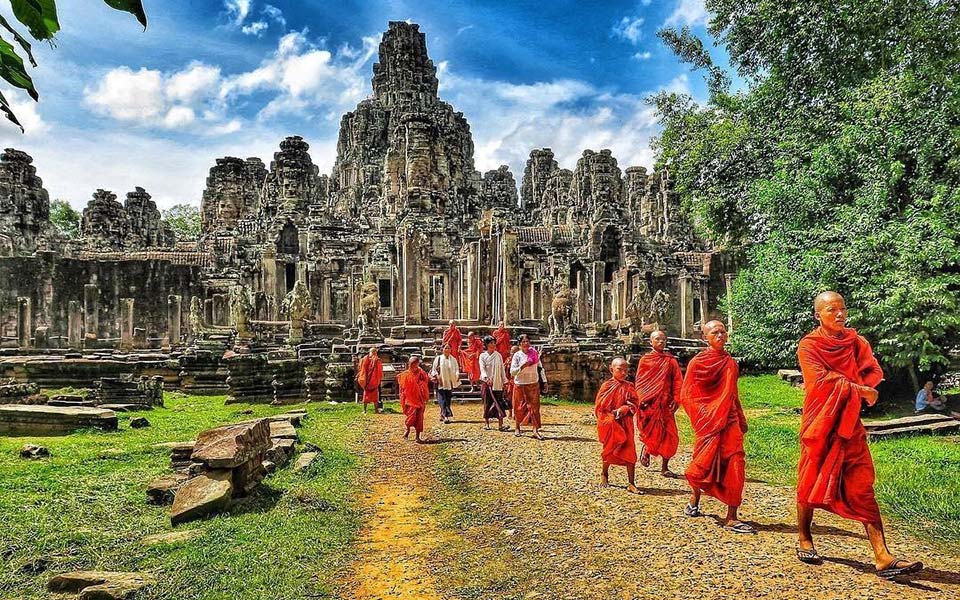