Share
Located in Siena, Italy, Siena Cathedral is a famous medieval church. Since its construction, the church has always been dedicated as a notable Roman Catholic Marian Church. Currently, the cathedral is dedicated to the Santa Maria Assunta or simply, Holy Mary, Our Lady of the Assumption. According to historical accounts, the cathedral was in itself designed and constructed from 1215 to 1263. The site that the cathedral sits on used to be of another structure. The main distinguishing features of the cathedral are a Latin cross that features a projecting transept, a bell tower, and a dome. 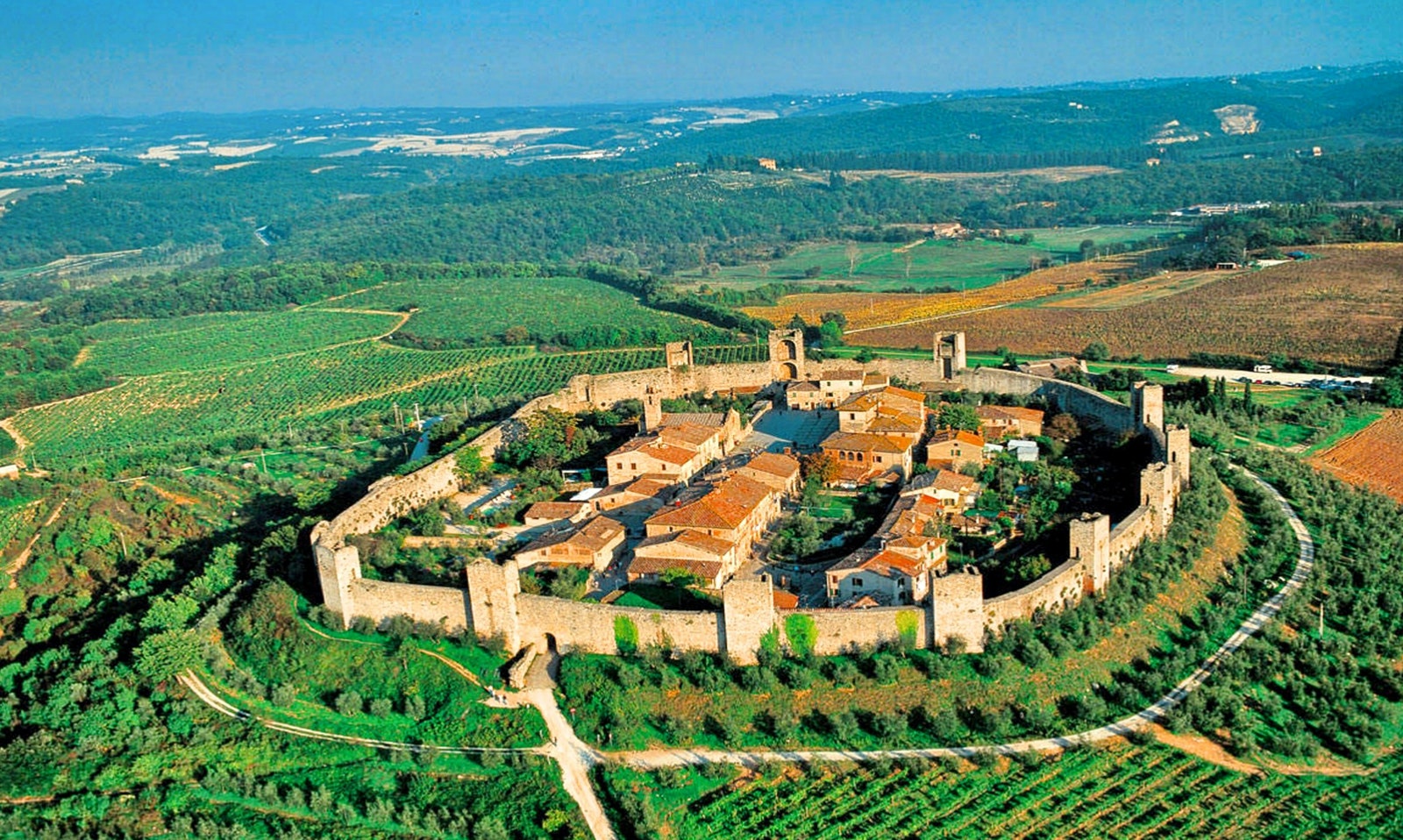 The cathedral’s dome has supporting columns and rises from its hexagonal base. Gian Lorenzo Bernini is credited for the addition of the lantern at the top of the dome. Semi-circular arches separate the nave from the cathedral’s two aisles. The interior and exterior are constructed with greenish-black and red marble in beautiful, alternating stripes. Its façade also features a beautiful addition of some red marble. The main symbolic colors of Siena Cathedral are white and black. Etiologically, the cathedral is linked to white and black horses of Aschius and Senius who are the legendary founders of the city. 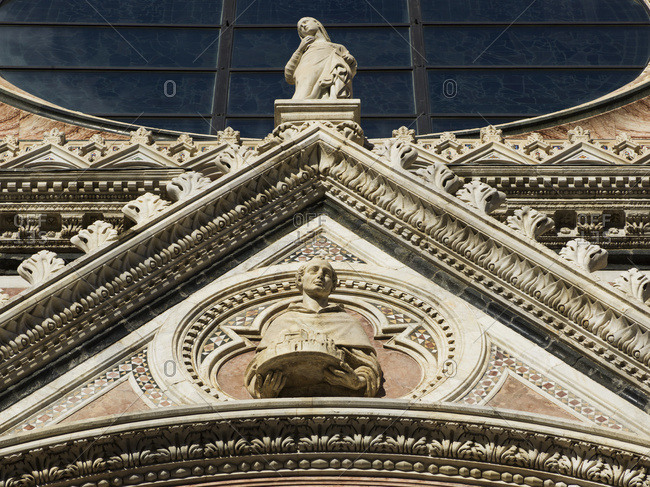 Siena Cathedral boasts of having one of Italy’s most fascinating façades and there is no doubt that it is Siena’s most impressive façade. Each of the four cardinal points of the façade, i.e. south, north, east, and west boasts of having their distinguishing work. The west façade is by far the cathedral’s most impressive façade. The western façade acts as the major entryway to Duomo proper and boasts of having three unique portals. Most of the interior of Siena Cathedral features white and black marble stripes uniquely decorating the walls. The beautiful columns are eye-striking as well. 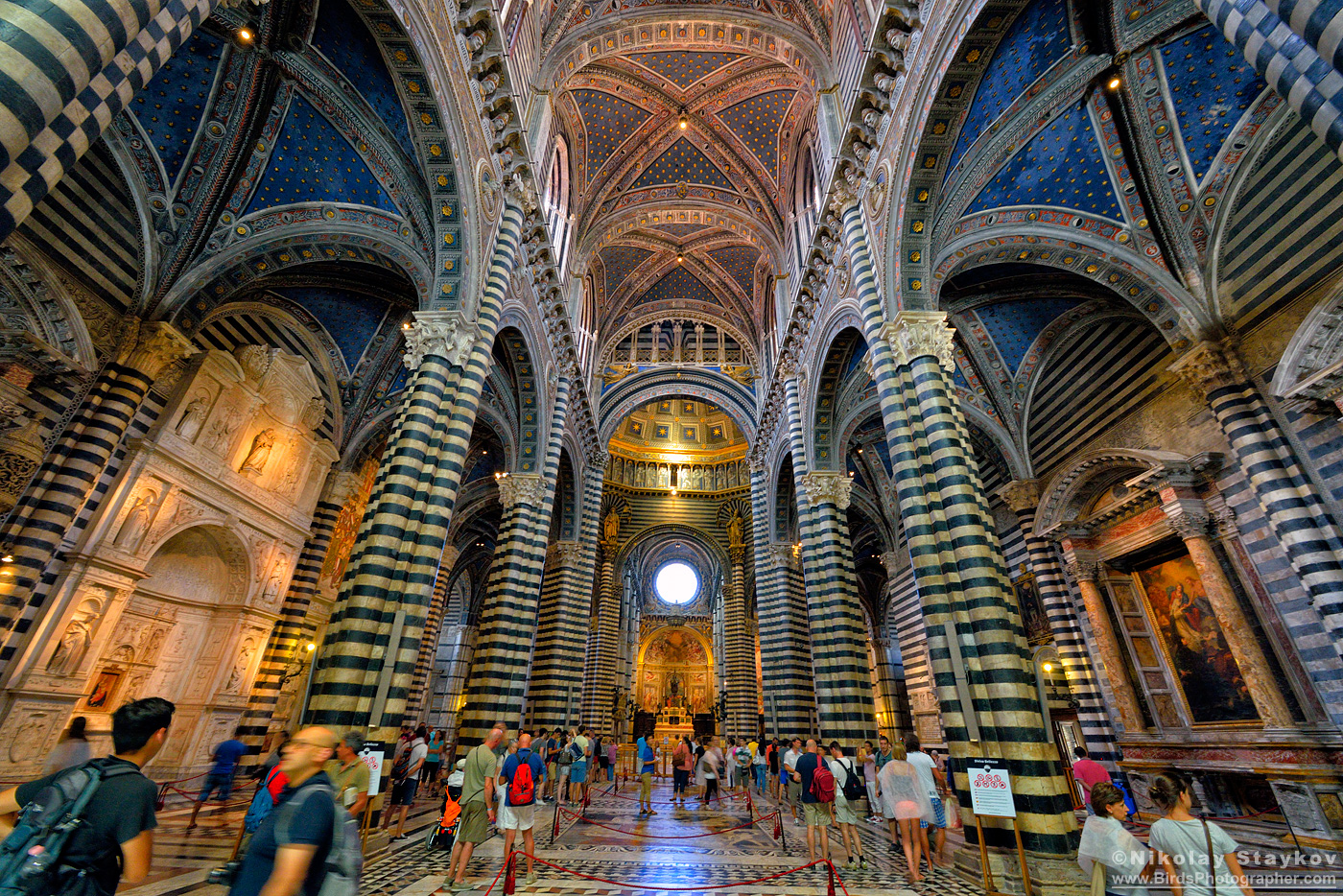 Another highly attractive part of Siena Cathedral is the pulpit which generally comprises of Carrara marble. According to records available, the pulpit is believed to have been sculpted between 1265 and 1268 by some of Italy’s most popular artists like Nicola Pisano. This pulpit is an expression of the northern Gothic style that was adopted by Pisano but still shows some of his most notable classical influences. Ideally, the whole message that this pulpit aims to pass on is largely concerned with the Last Judgment and doctrine of Salvation. The seven scenes at the top level are a narration of the Life of Christ. 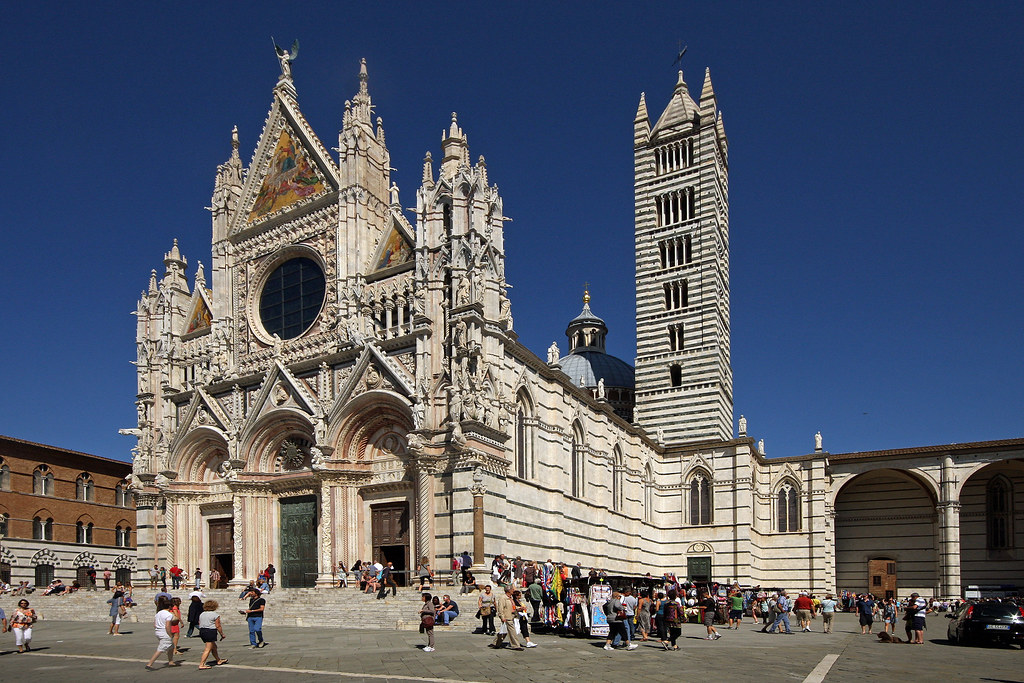 There are many figures found in each of the scenes and comes with their chiaroscuro effect and shows a surface richness, narrative, and motion. The statuettes at the middle level of Prophets and Evangelists and are an announcement of mankind’s salvation. Ideally, the pulpit boasts of the earliest remaining piece of work for the cathedral. Also, there is an old staircase that dates back in 1543 and it is claimed to have been constructed by Bartolomeo Neroni. Siena Cathedral is one of the most famous religious attraction sites in Italy and receives numerous visitors from all over the world. 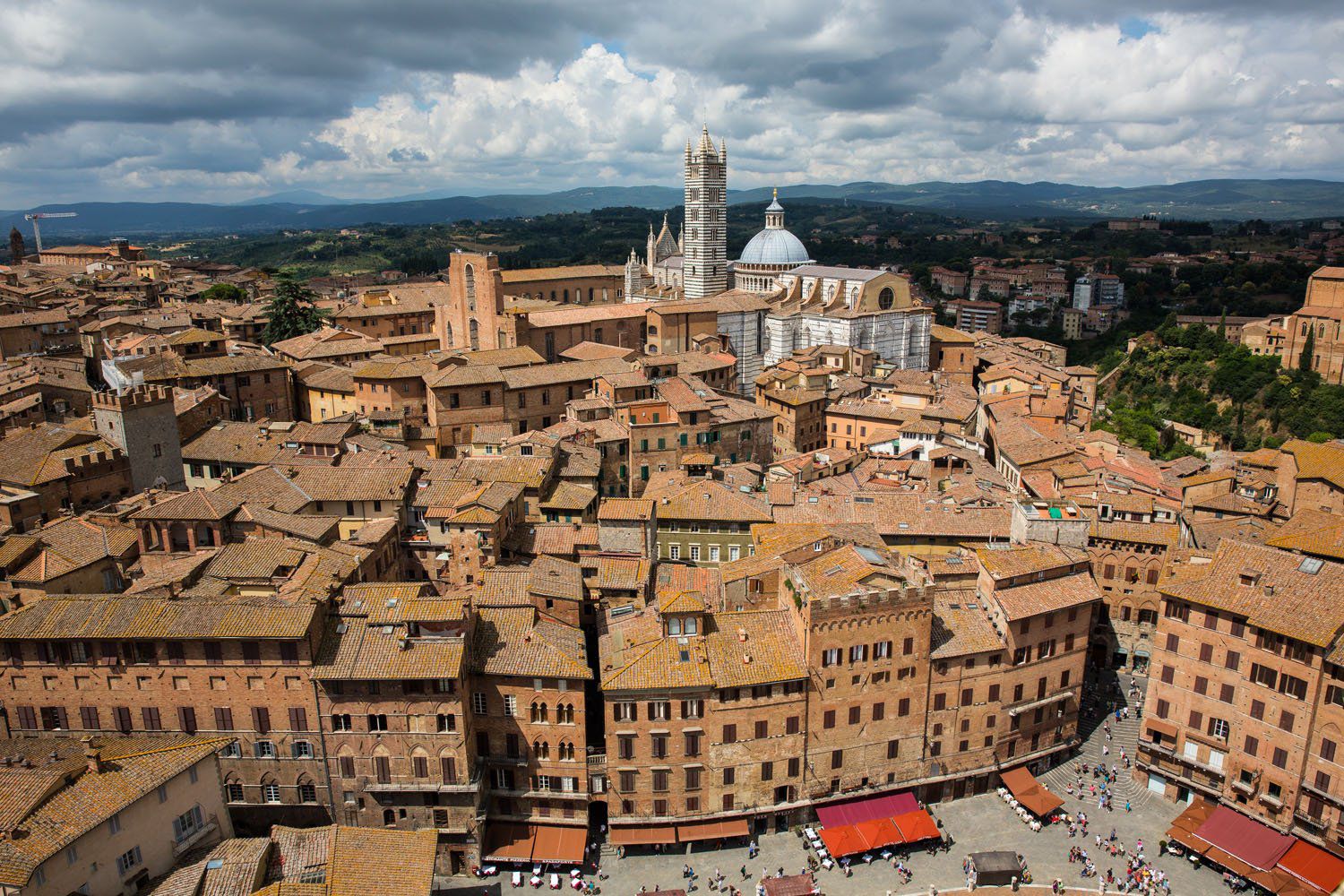