Share
Marshall Islands boasts of having Majuro as the capital city which is also the largest city as well. Most of the more developed areas of the city are situated on the eastern parts of Marshall Island on the northern side of the airport. The city is divided into several smaller towns including Dorrit, Uliga and Delap which are linked to one another by land stretches. Majuro city can be accessed easily by using a boat at the Uliga dock. Visitors can as well fly in through Amata Kabua International Airport where Continental Airlines offers several flight connections from Honolulu. Flights can sometimes stop at the various atolls located along the way which gives the destination scenic surroundings. If you reserve a hotel, you will get free transfers to/ from the airport but you can still opt for a taxi which is also cheap. 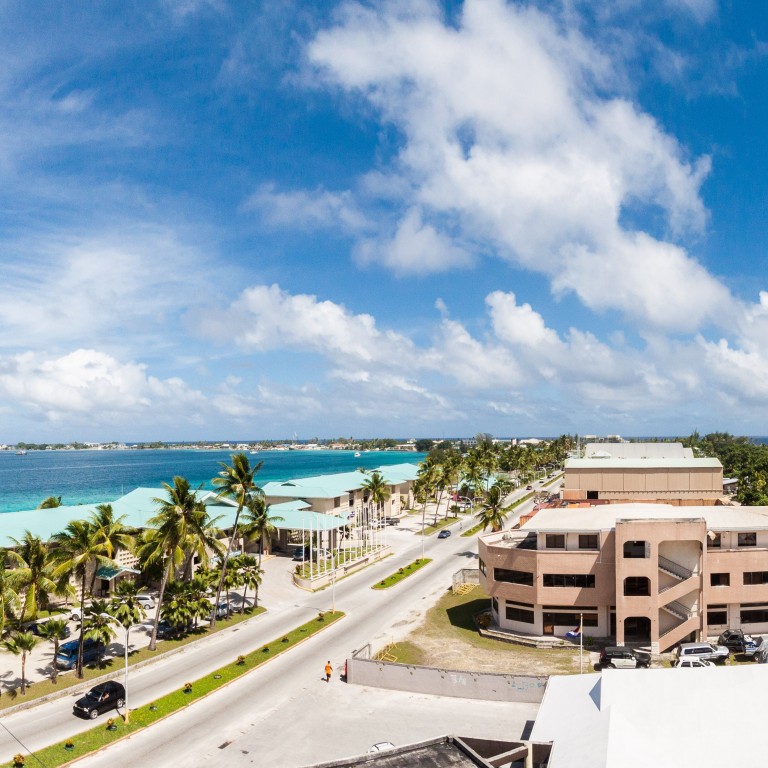 In Majuro, don’t be surprised to note that the city has just a single road. The locals are very kind and friendly and you can always expect free rides from the police and locals when going in the same direction. The entire island is relatively small and easily explored by foot especially when you are not in a hurry. However, you can’t go walking around Laura Beach and taxis to this beach are quite expensive but you can also wait for the bus services which are cheaper. The most common activity in Majuro is hiking which is also very safe. When you are walking around inhabited parts, be careful about packs of dogs that sometimes attack tourists. In fact, you don’t even need to prove them as they will just attack you and it is essential that you walk with some rocks and a rod to scare away the dogs. Car rentals are also available in Majuro which is also relatively cheap and you can use them to explore the island if you don’t prefer walking. Being an island, you can expect the usual attractions found in such a destination. The best place for exploration is Majuro atoll where you can also connect to surrounding islands from here. Laura Beach is the major tourist attraction in Majuro city but it is a little further away from town. Even the taxis will charge you more to go to the beach and it is better that you hire a rental car. Additionally, trips to Eneko Island are also quite exciting and adventurous and you can also spare some minutes to visit it. One of the most expensive things in Majuro is internet access. However, try to surf the internet at the National Telecommunication Building as it is a little affordable but not cheap either. Most of the shopping at the island is done at Formosa Supermarket despite being small in size. You can get all the basic supplies and some groceries as well. Payless supermarket is bigger but located further from the main atoll. There are several restaurants where you can address your gastronomic needs like Timetable Restaurant where you can get internet access and quality but cheap food.
Pinspirational Travel 2013-06-30
+Jugoslav Spasevski
Share
Previous Juba, South Sudan
Next Jamestown, Saint Helena