How to Plan the Perfect Budget-Friendly Las Vegas Honeymoon

Share
Your altered gown is hanging in the closet, and you have the perfect cake topper waiting to adorn your three-tier, buttercream wedding confection. Everything is perfect, but there is one final detail to plan: your romantic honeymoon in Las Vegas.
Thousands of newlyweds travel to Las Vegas to enjoy their first official holiday together, but unfortunately many plans with their heart instead of their head and end up spending more money than necessary. When it comes to organizing an intimate Las Vegas honeymoon, it comes down to timing, perks, and knowing the casinos with the cheapest buffets.
The Best Time to Visit
When it comes to Las Vegas vacations, the term “ off-season” really doesn’t apply. The city’s hotels, casinos and entertainment venues are hectic all year, but you might find it easier to snag a great deal on your hotel and airfare during the sweltering summer months.
One time you may not want to travel to Las Vegas, though, would be during the NCAA’s Final Four-weekend tournament. The madhouse that is Las Vegas instantly transforms into every traveler’s nightmare during this one weekend in April, so do yourself a favor and avoid the city at this time. 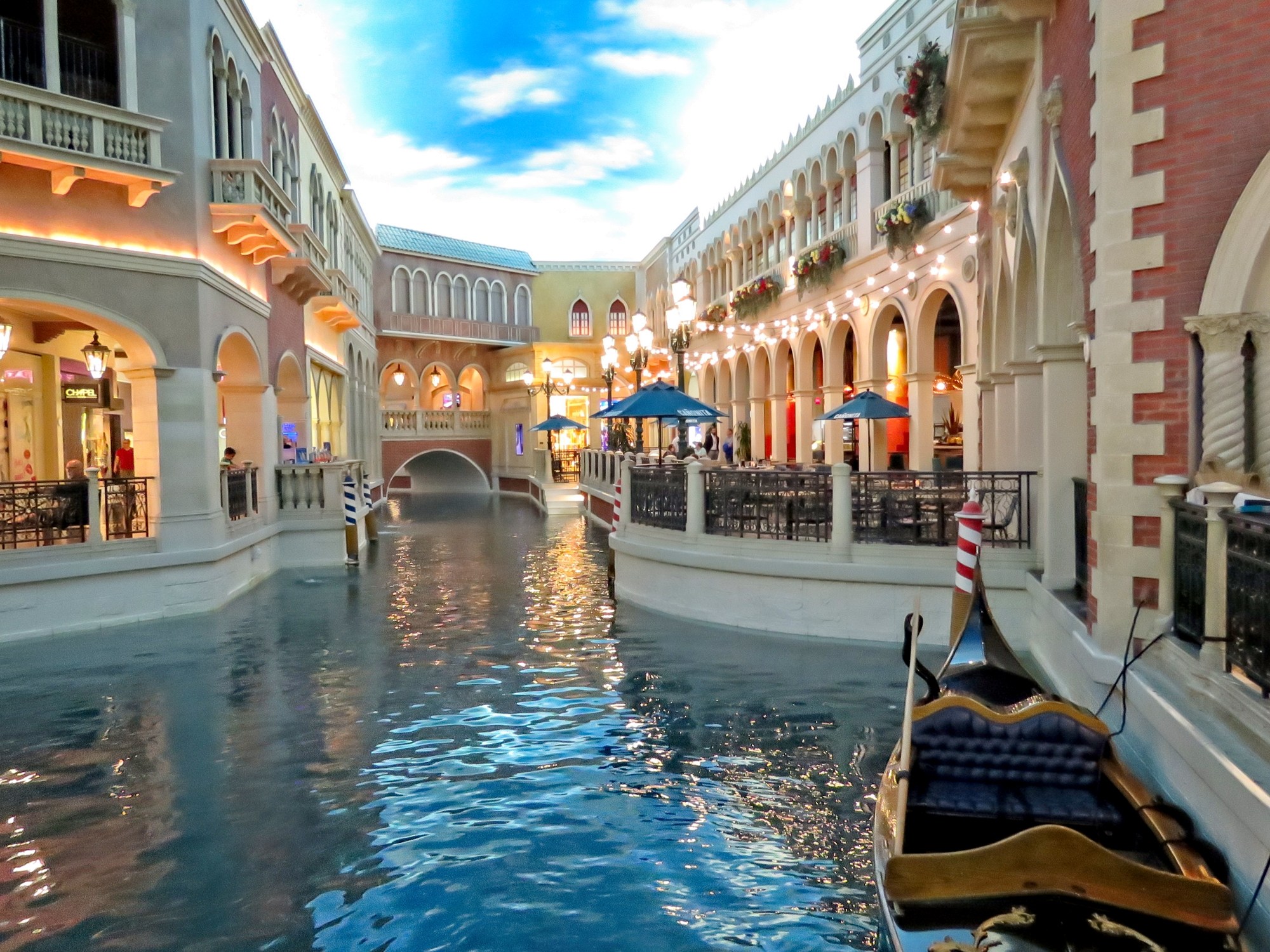 Hotel and Airfare
Everyone wants to book cheap flights to Las Vegas, so prepare to fight for that window seat during the busiest travel days, which are typically Friday and Sunday. If you can, book an early flight on a Tuesday or Wednesday morning. Many smaller airlines offer package deals, two-for-one airline passes, and a variety of incentives, so look into these lesser-known carriers before booking with the big boys. When it comes to hotels, steer clear of the glitzy, overpriced casinos and instead consider staying in a moderately priced chain hotel located off the fabled strip. You might have to catch a taxi or walk several blocks to get to a show or casino, but it’s worth the money you’ll save on a hotel room you only use to shower and rest. 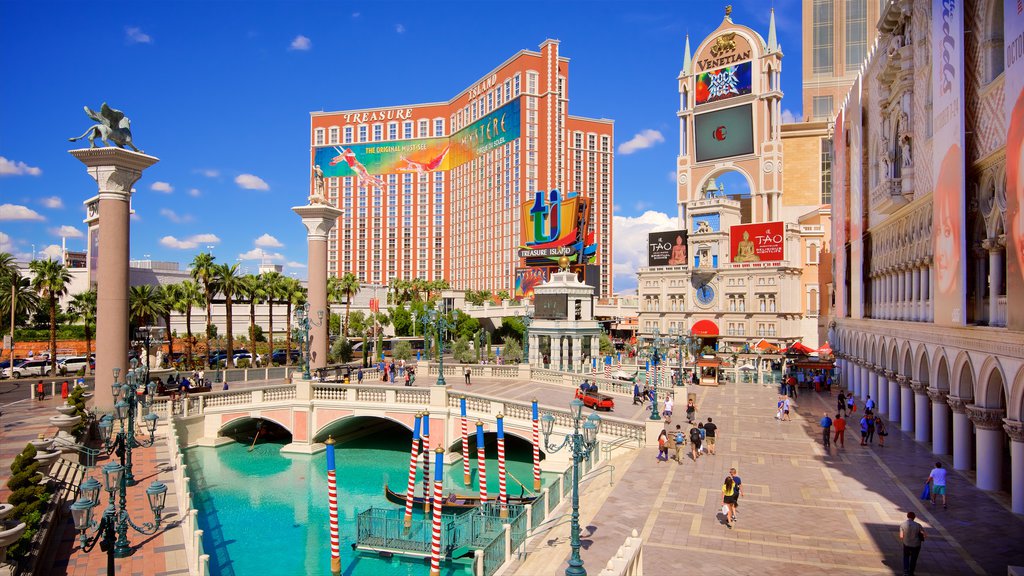 Inexpensive Entertainment Options
Some of the most respected and seasoned entertainers have set up shop in Las Vegas, but before you set your heart on seeing any of them live, it’s important to note that you’ll pay a premium for the experience. If you’re looking for more affordable Las Vegas entertainment, look no further than the city streets. There are several live performers and strange characters walking the streets of Sin City, so if you’re strapped for cash, nothing beats an afternoon spent people-watching. When you’re ready to romance your new spouse, enjoy a gondola ride down the canals of the Venetian Hotel, ascend the Eiffel Tower at the Paris Las Vegas, or take the proverbial plunge all over again by renewing your recent vows in front of an Elvis impersonator. 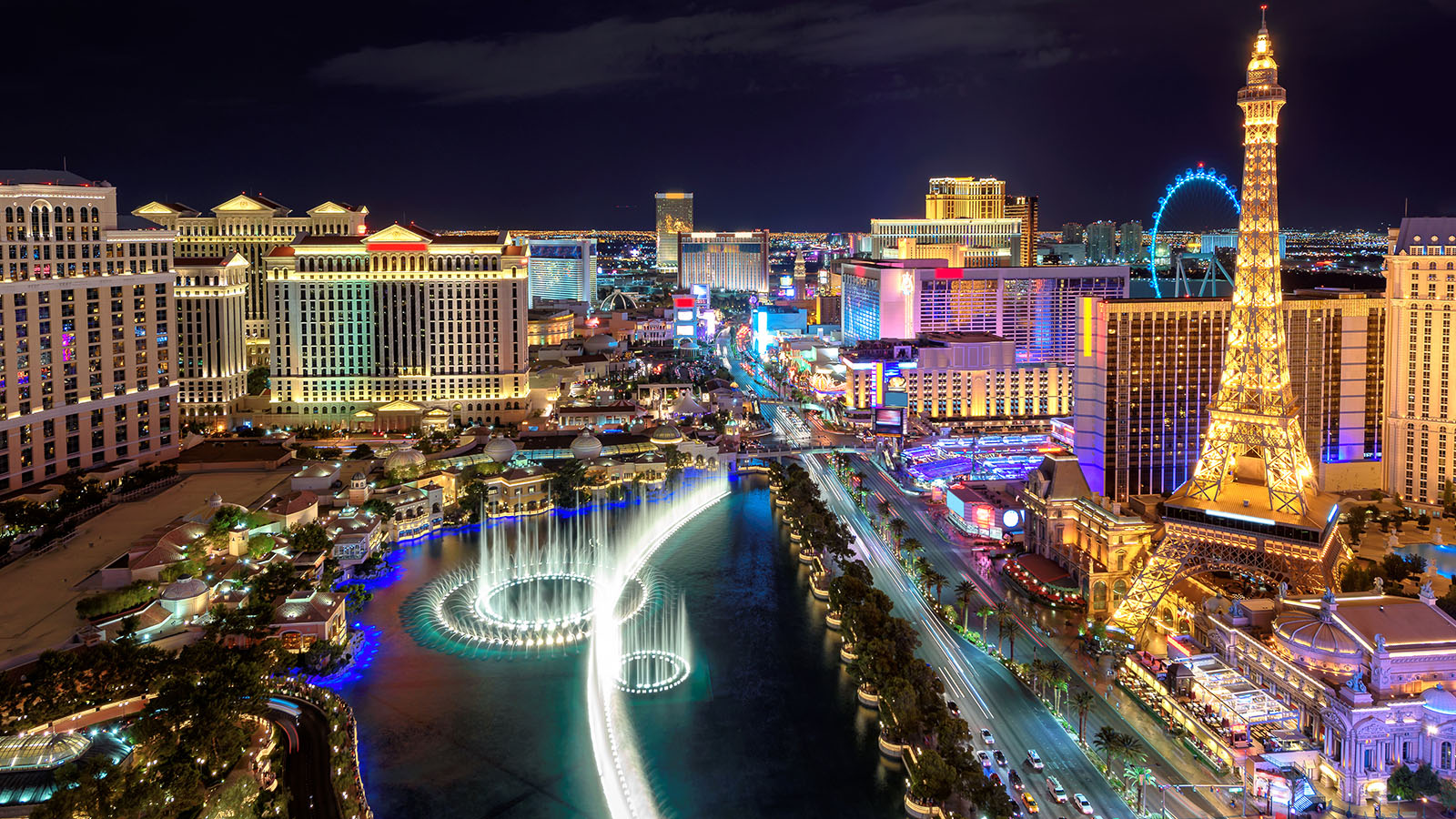 Dining
Almost every casino in Vegas has a few things in common: flashy slot machines, skilled blackjack dealers, and massive buffets. Many are cheap, but standing in line fighting for the last fried shrimp isn’t always the most romantic way to share a meal with your spouse. Instead, consider dining at least once at one of the city’s many amazing restaurants. From The Grotto at the Golden Nugget Hotel & Casino to Alizéin the Palms Casino, there are several intimate restaurants in the city. Remember to call ahead for reservations. 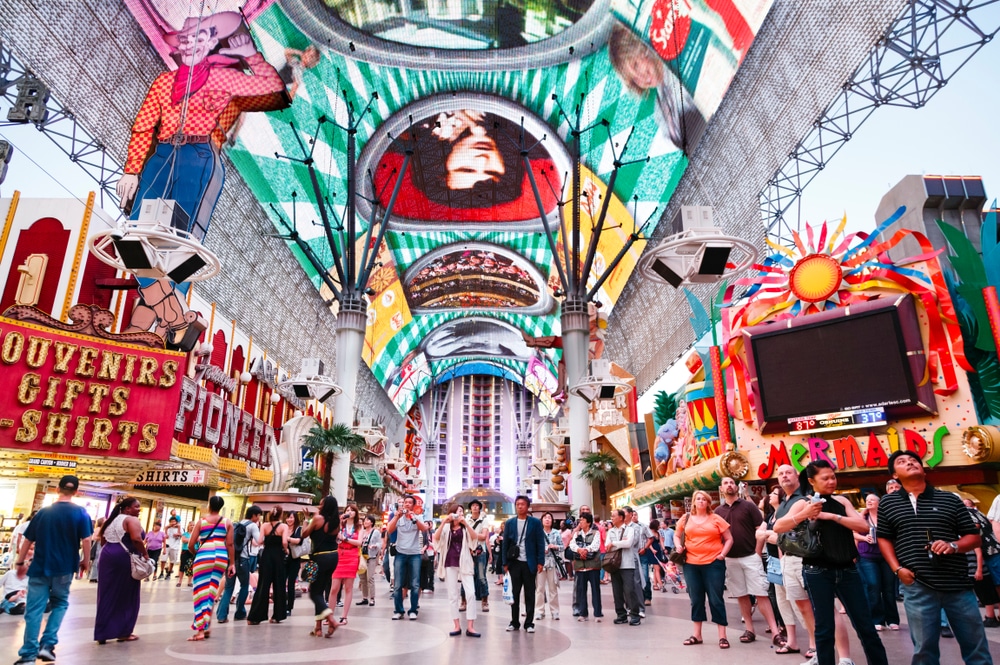 Use Your Newlywed Status
Beyond the decadence, lights, and mile-long buffets, Las Vegas is truly a city for couples, so don’t be afraid to let the airline, concierge, taxi driver, and everyone else you meet know that you’re on your honeymoon. You’ll be astonished at the discounts, freebies, and incentives you’ll be offered simply because you had the foresight to make your newly married status known.
Traveling around Las Vegas is an adventure as well, especially if you decide to visit during the oppressive Nevada summer. If you decide to walk, pack a sturdy pair of shoes or risk of watching your cheap rubber flip-flops melt on the hot asphalt. 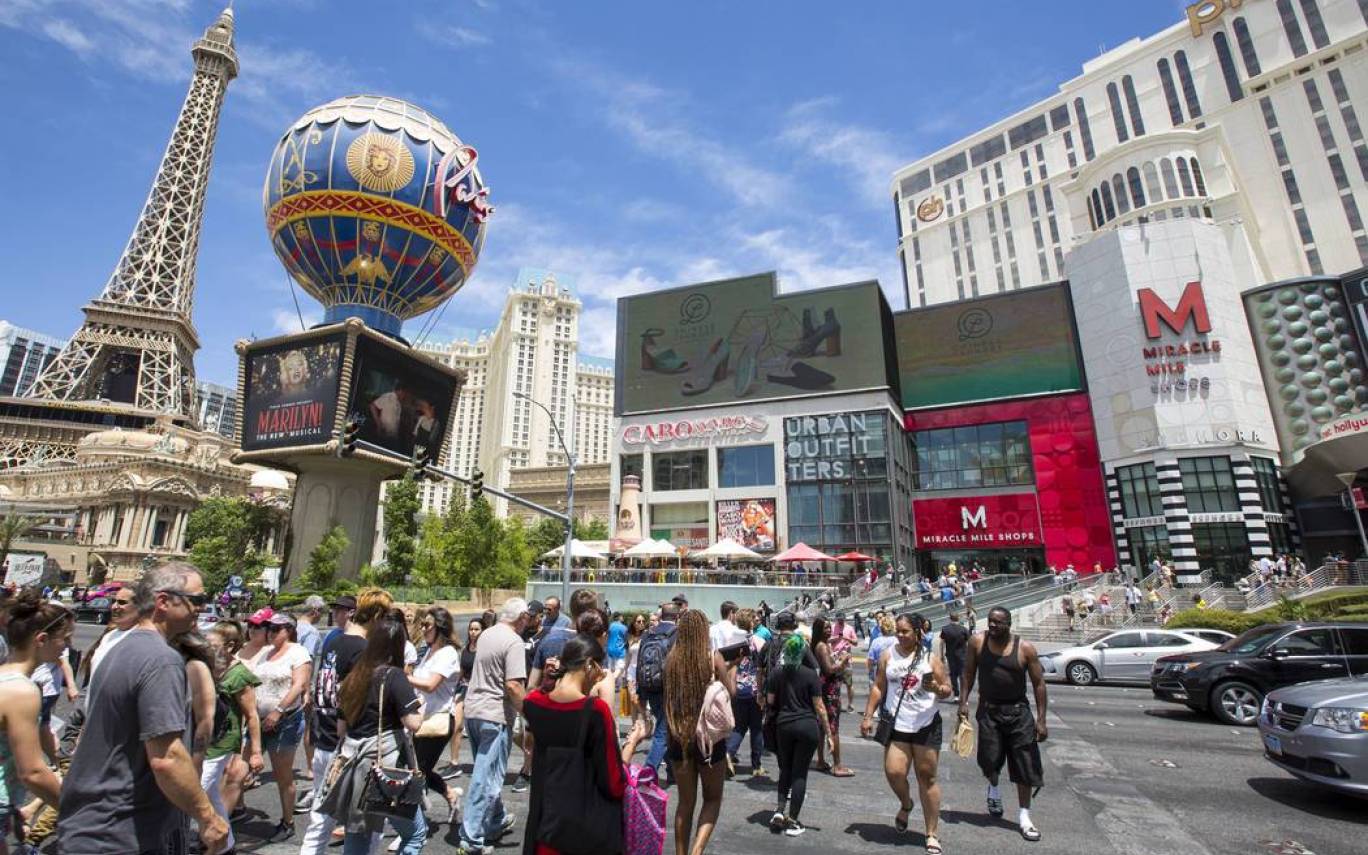