Share
So you’re looking for somewhere different to holiday this year? Thanks to the sheer variety of getaways on offer you can now take your pick from thousands of different experiences. Cheap holidays to Sharm el-sheik, all-inclusive trips to the Algarve, family fun in Florida – it’s all there for the taking. 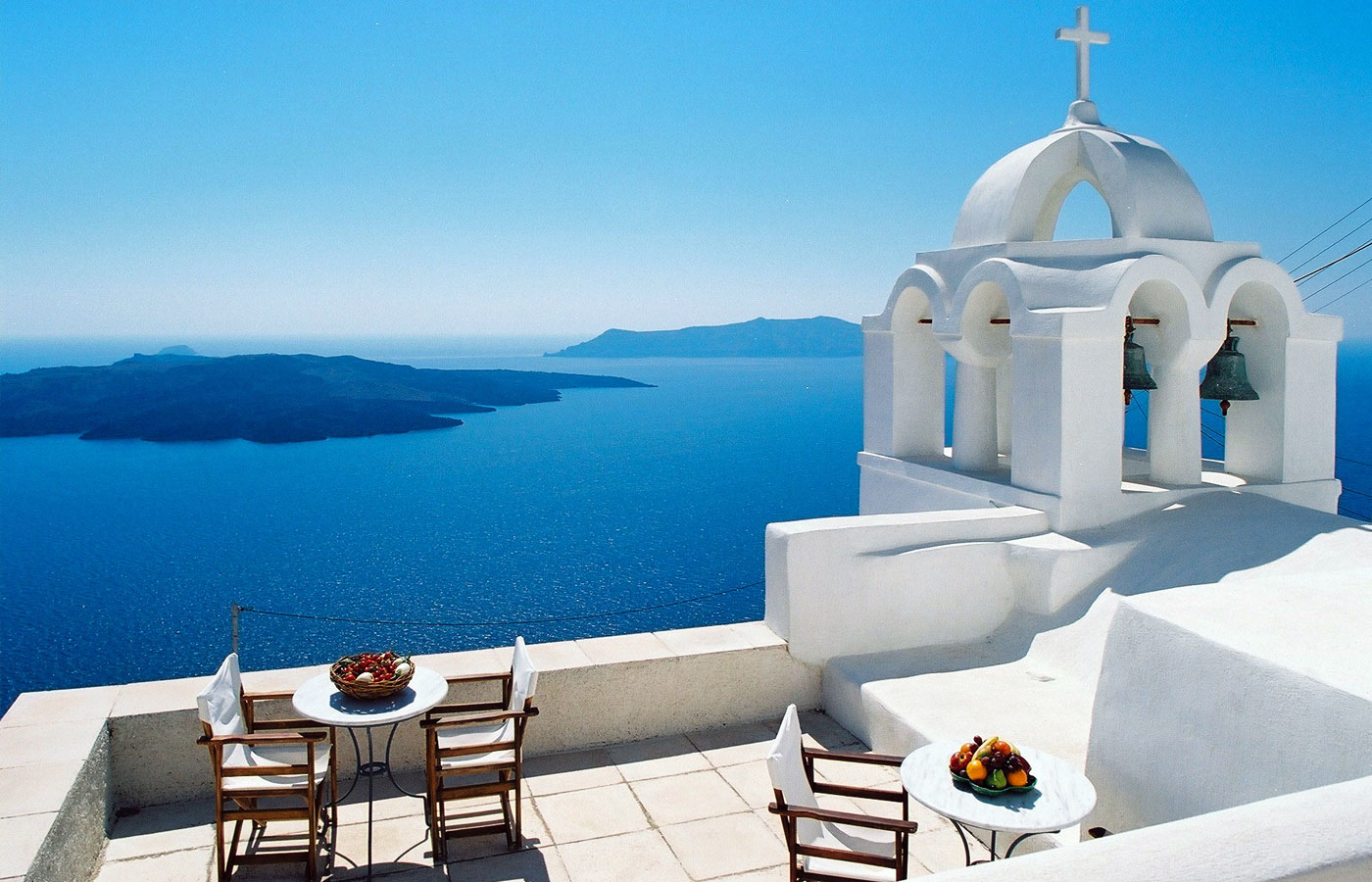 One gem that must be experienced once in your lifetime is Santorini. Whether you travel there under your own steam or jet off on a package holiday with the likes of Thomas Cook, this is a wonderful island that’s a treasure trove of history, Greek Myth, and natural beauty. Voted ‘the world’s best island’ by the BBC in 2011, it is the largest island of a small archipelago some 200km southeast of the Greek mainland and was formed after an enormous volcanic explosion that created the current geological wonder. 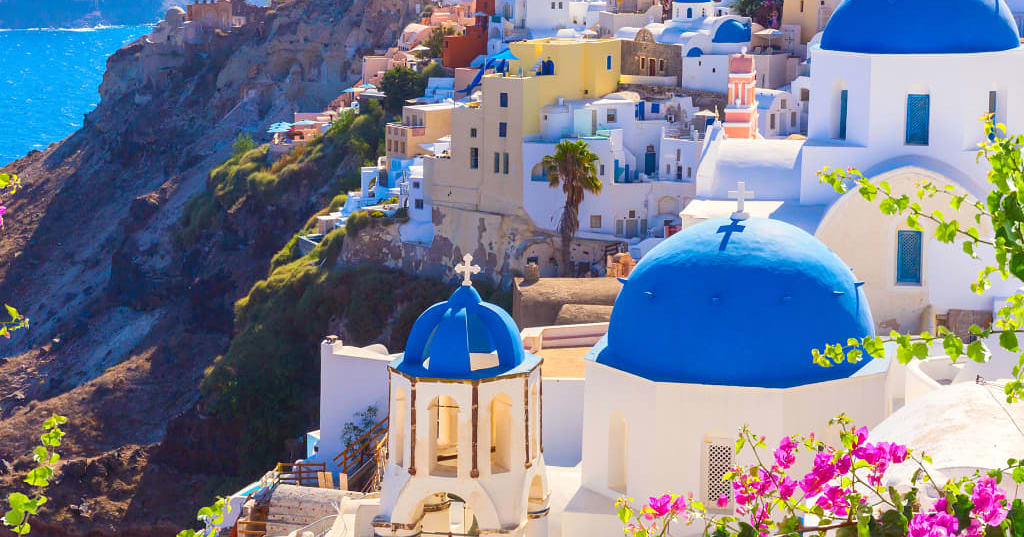 From the steep, rugged cliff faces to the ever-present views across the caldera, evidence of the Santorini’s violent geological history dominates the island. But far from being oppressive, the sheer faces and rock formations make a unique and breathtaking contribution to the island’s natural beauty. 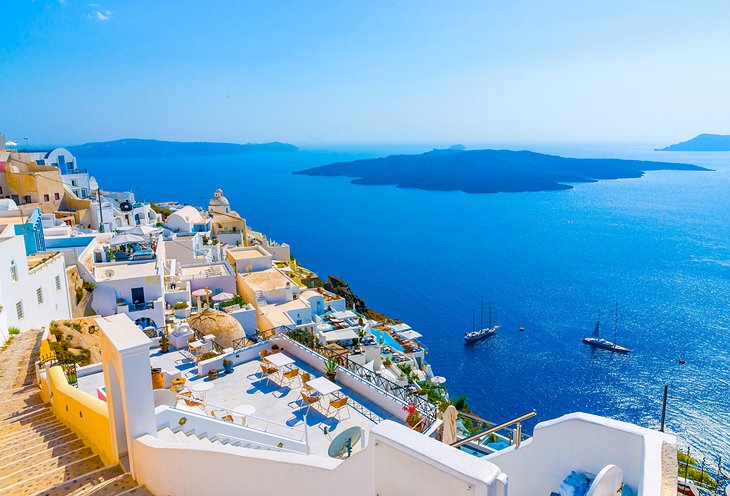 From the picture-postcard cubical-style whitewashed houses, some painstakingly decorated with colorful volcanic ash, to the famous Red Beach, so-called thanks to its red volcanic pebbles, there are many wonders to uncover in Santorini.
One look across the deep blue of the caldera to neighboring islands gives you a deep sense of the island’s turbulent geological past, and reading Plato’s Atlantis may well give you the same understanding, for it is on Santorini where the mythical city is thought to have stood. 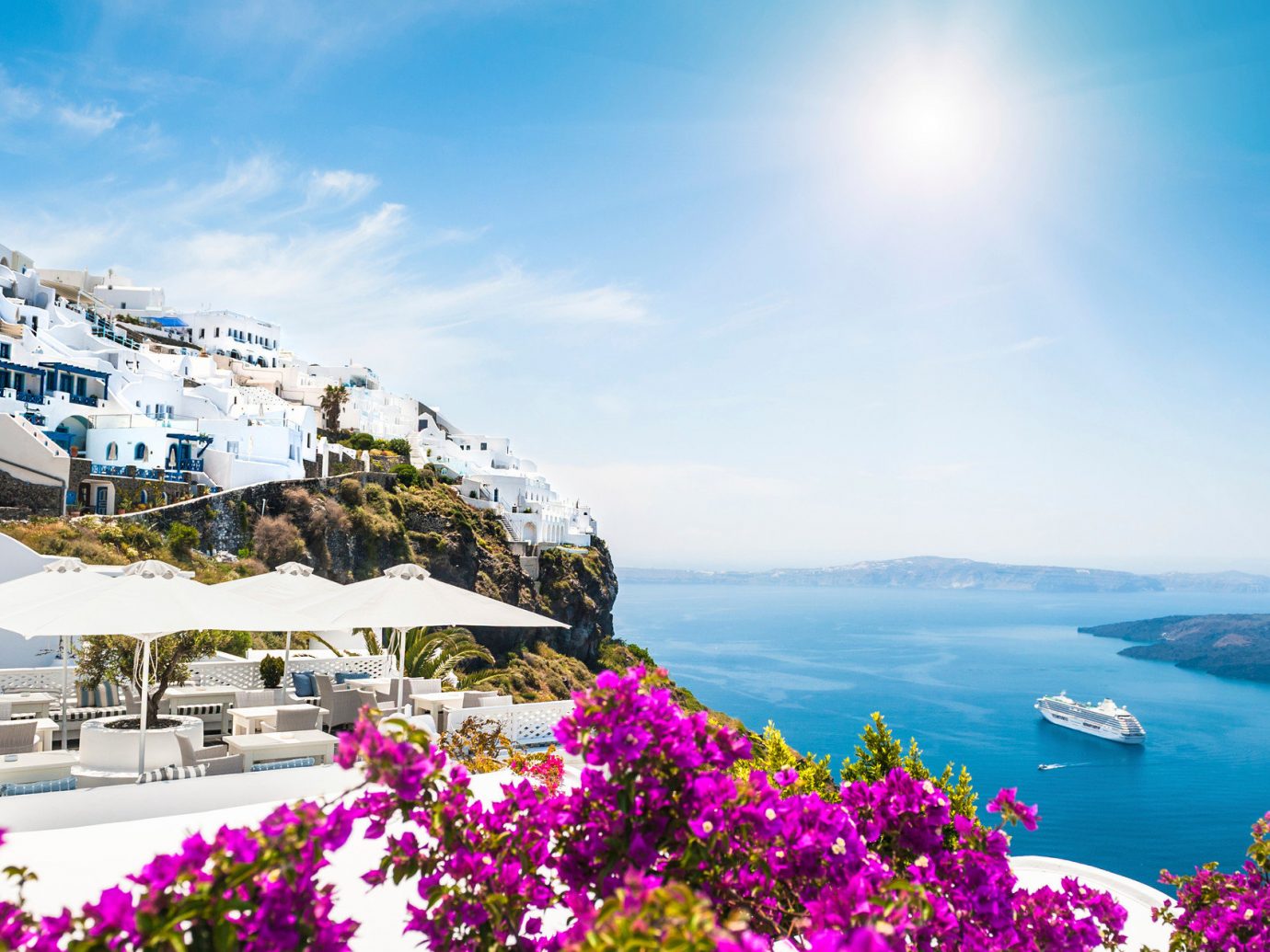 Santorini was the inspiration for Plato’s famous and ‘eponymous’ piece, itself the inspiration for many derivatives, and recently excavated frescoes and a computer reconstruction of the island pre-eruption have both strongly resembled Plato’s descriptions. 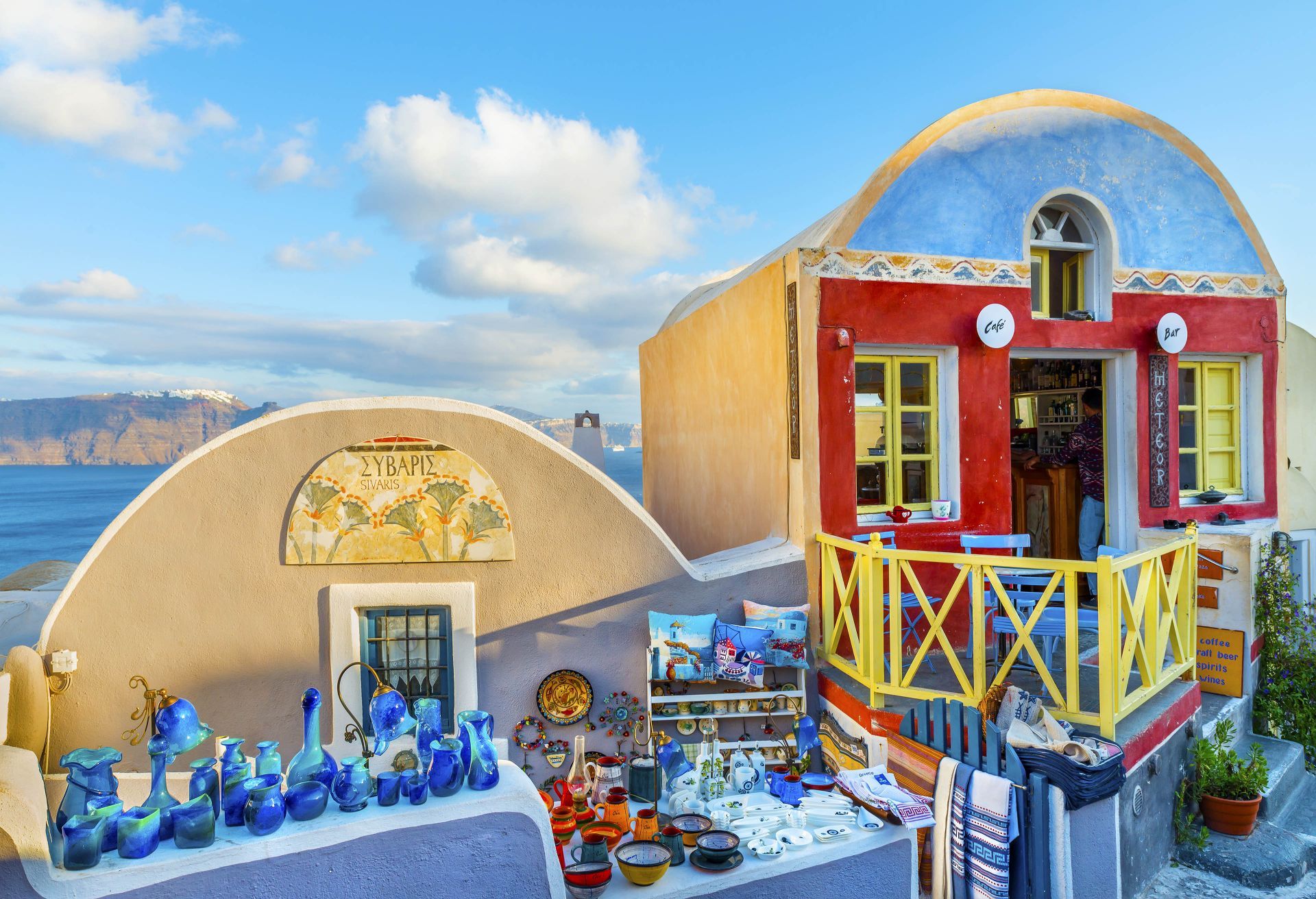 Natural gems abound in Santorini, a place well known for its fertility. The volcanic soil gives rise to a flourishing wine industry thanks in no small part to the quality of the island’s indigenous grape, Assyrtiko, but islanders are most proud of their Santorini tomatoes – cherry tomatoes that are amongst the reddest, sweetest and tastiest in the world.
World Travellers 2012-10-14
+Jugoslav Spasevski
Share
Previous Georgia, Asia
Next Oman