10 Reasons why you will Fall in Love with Greece!

Share
Greece is gorgeous! With a diverse range of Greek destinations on the palate, all tastes will be catered for – from serious clubbers to history buffs. You will rarely find a Greek panorama you won’t love. But, that being said, there are some which are particularly dazzling.

Out of the countless breath-taking historical sites in Greece this is considered to be the most important surviving embodiment of Classical Greece. It is an excellent and harmonious ancient Greek temple, built to honor Athena, the patron goddess of Athens. It is undisputedly most closely associated with the city of Athens, a true symbol of ancient Greek culture and its universal values. 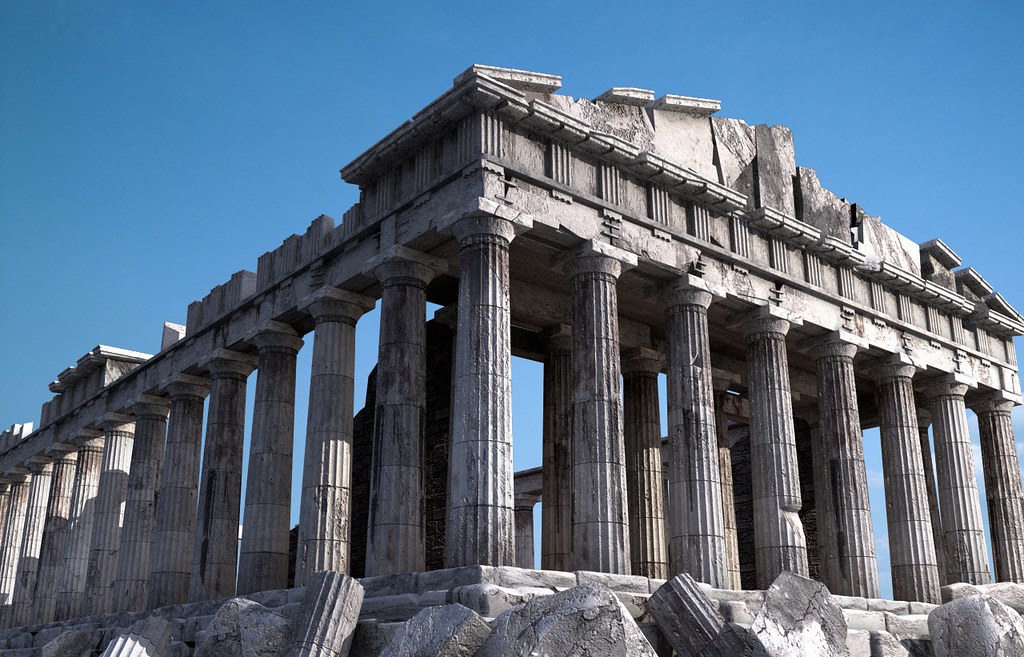 Santorini:
Undoubtedly one of the most beautiful and romantic islands in the world, Santorini is perfect with its sensational sunsets, traditional whitewashed houses, and the breathtaking sights of the ocean. The iconic little town Oia is a must-visit. Every postcard shop in Greece will have photographs of Santorini and once you visit you’ll be left in no doubt. 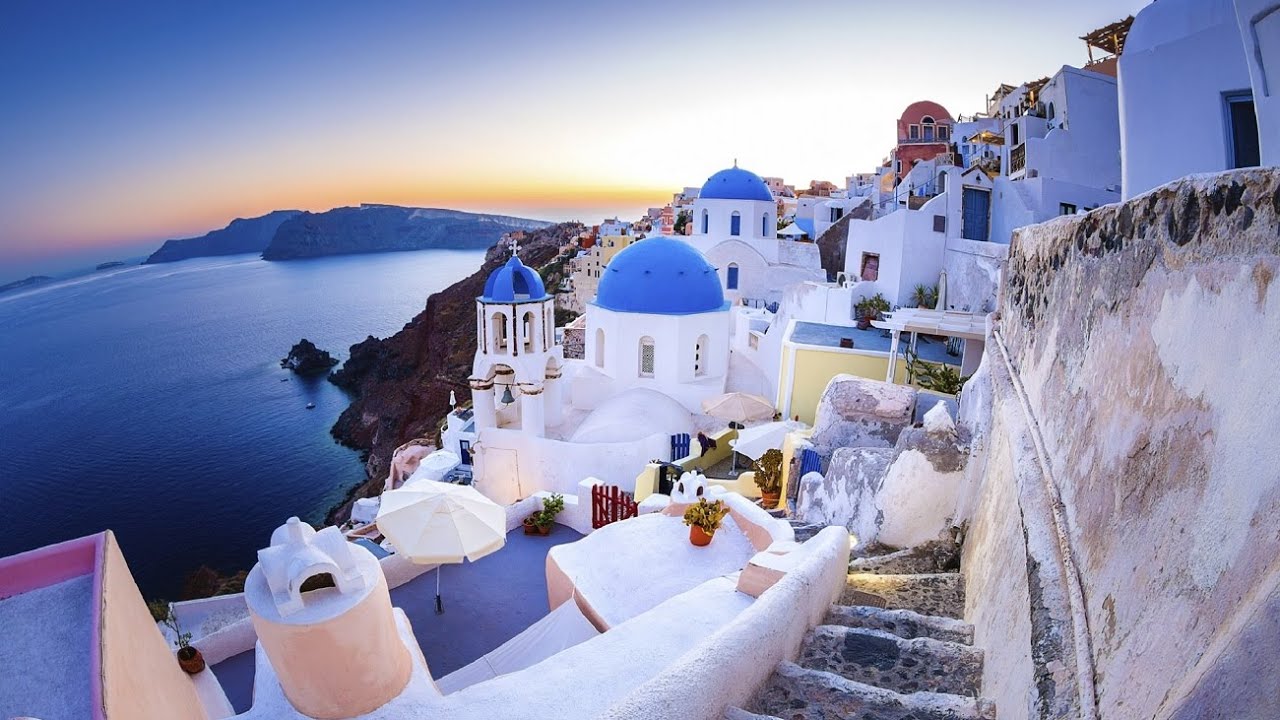 The Temple of Poseidon in Cape Sounion
Take your postcard-perfect snaps of Temple of Poseidon on a scenic afternoon trip from Athens complete with stunning sunset views and world-class Greek ruins. The temple with its magnificent view of the Aegean Sea is the perfect place for the cleansing of the mind and spirit along with being thrilling to the soul and heart. Don’t miss it! Cheap car hire in Greece might be a good option, as it’s an easy and beautiful drive on good roads. 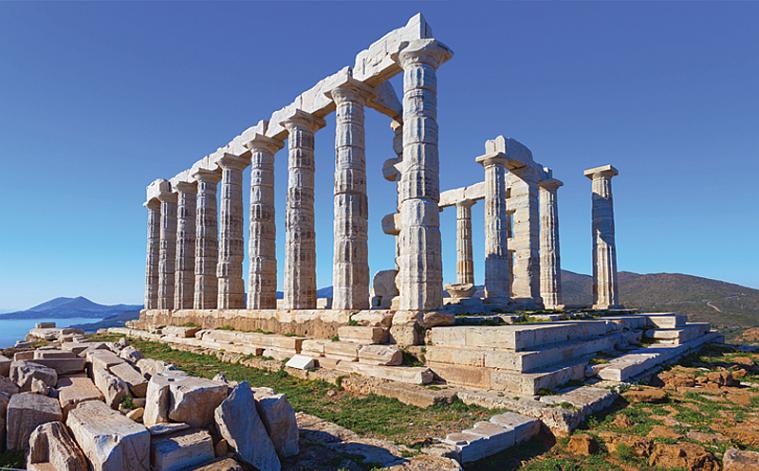 Delphi Theatre, Phocis, Greece
Delphi, a UNESCO world heritage site, is both an archaeological site and a modern town in Greece in the valley of Phocis. The Delphi theatre was constructed on a hill facing the beautiful valley in the 4th century. The absolute beauty and enormity of the landscape easily make it worth the effort to reach there. 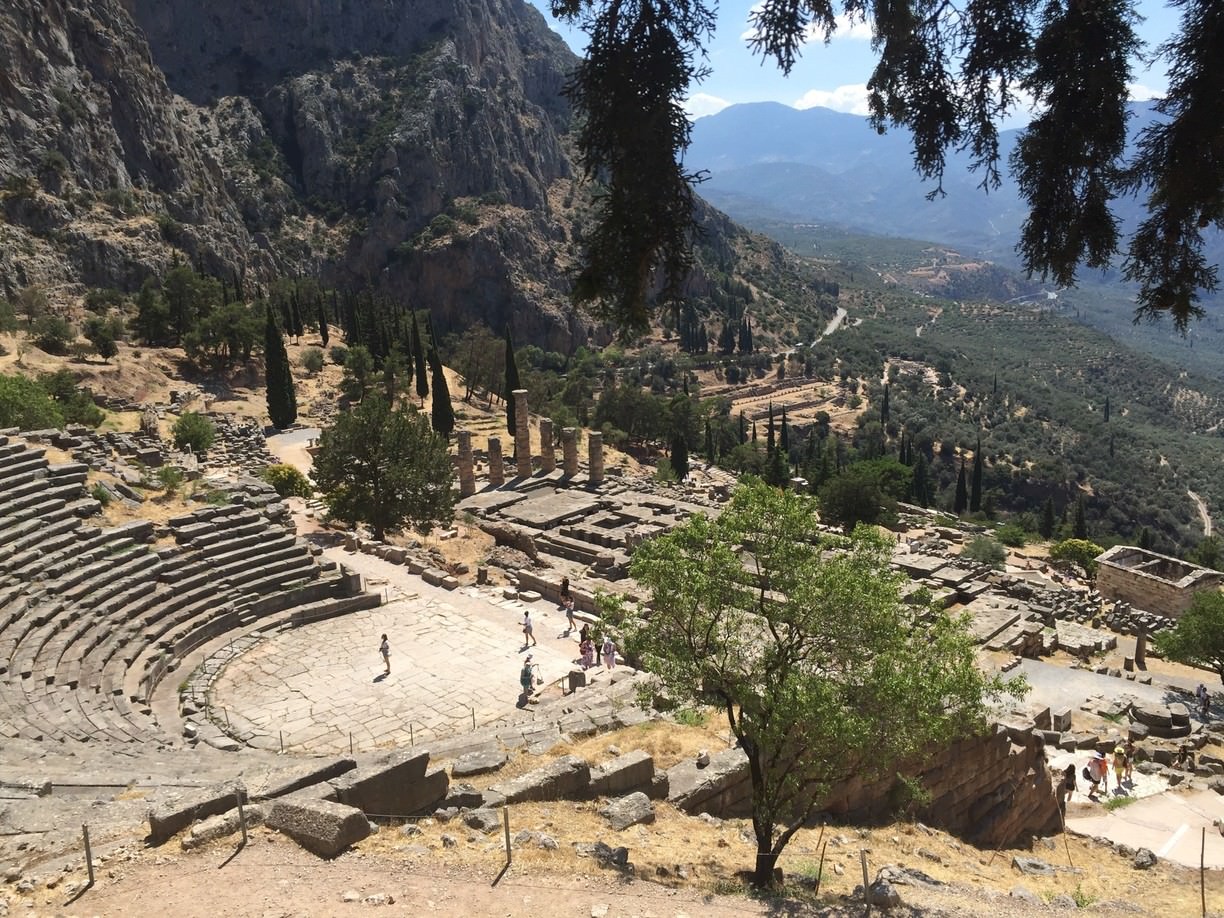 Crete
Crete is the largest island in Greece. Here, tourists can admire the remains of brilliant civilizations, explore divine beaches, impressive mountains, numerous coves and bays, steep gorges, and indulge in the island’s rich epicurean pleasures. Crete is undoubtedly a tiny universe bursting with beautiful treasures that one will probably need a lifetime to discover! Crete simply has it all! 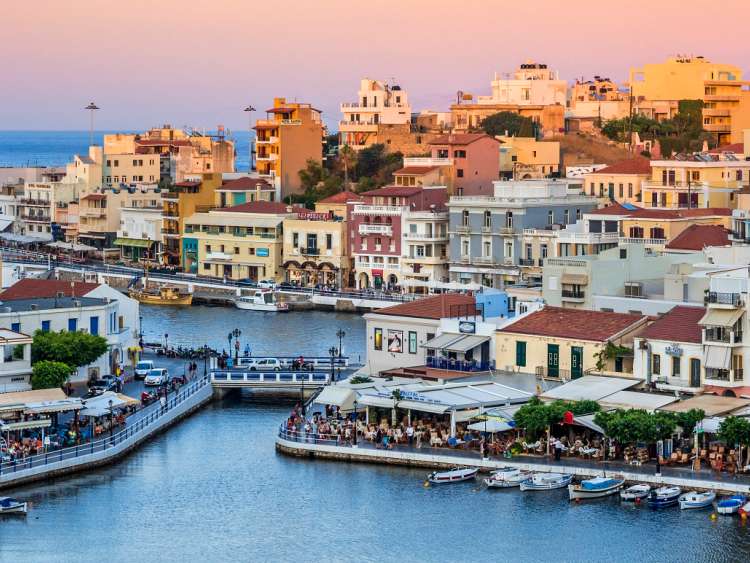 Mykonos Island
Among the series of islands in the Aegean Sea lies the tiny jewel of Mykonos Island – the hip and happening cosmopolitan party town. From private four-hand massage by the ocean, dinner by torchlight on the beach, to a magical underwater exploration dive, this extraordinary retreat will make dreams you never knew existed come true. Though it tends to remain crowded in peak season with like-minded party-goers, there is an amazing aura. 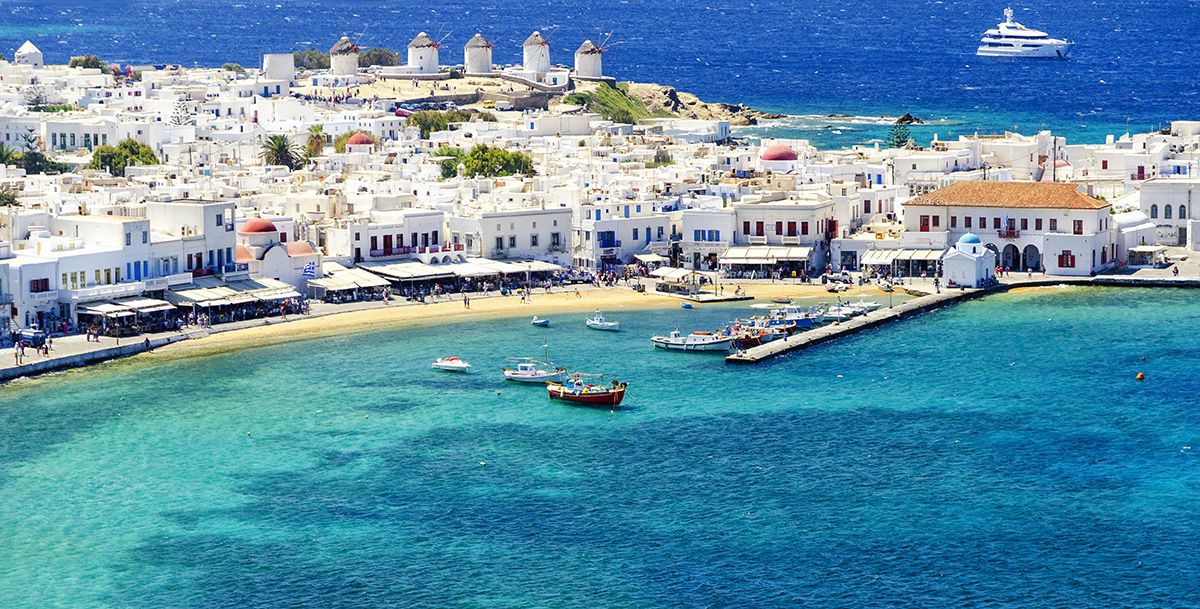 Knossos, the Minoan Palace
Knossos is the largest archaeological site in the city of Crete. It is grander, more complex, and flamboyant than any other place. The palace radiates joyous exuberance through the elaborate architectural planes and volumes and brings you the majesty of Minoan life at the palace a little closer. It is said to be the inspiration for the story of the Labyrinth and the Minotaur. 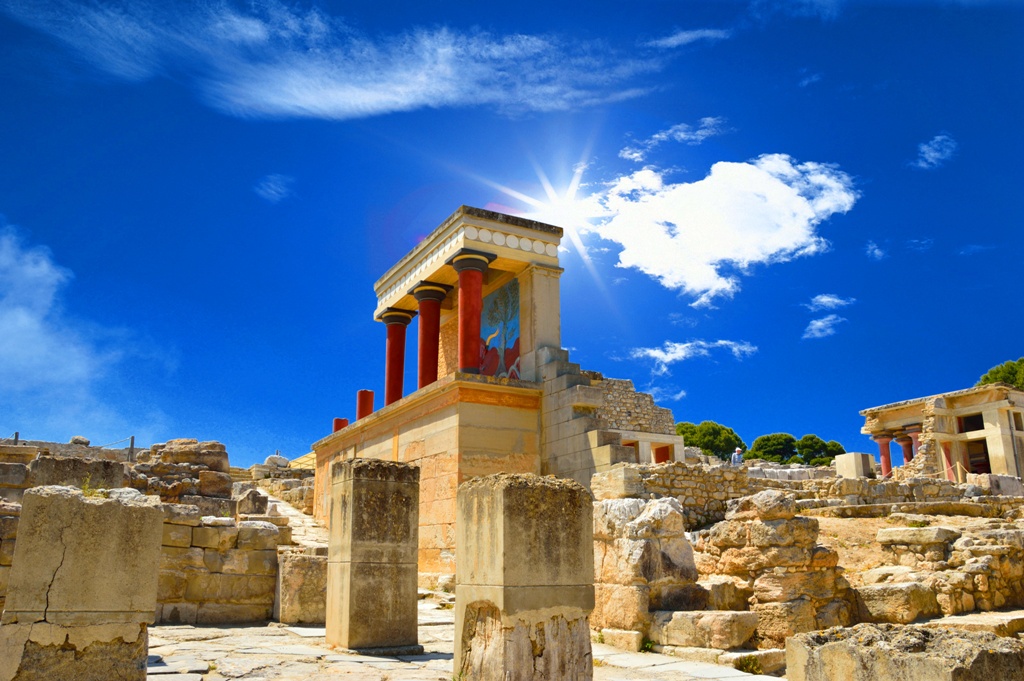 Meteora, Thessaly, Greece
A place of great beauty Meteora is mentally, physically, and spiritually refreshing. It has some of the most enchanting views of lush green hills and valleys. Meteora is surrounded by magnificent rock formations of which have the distinction of having Byzantine monasteries built on top of them during the 14th and 15th centuries and monks were hoisted up the cliffs in baskets. 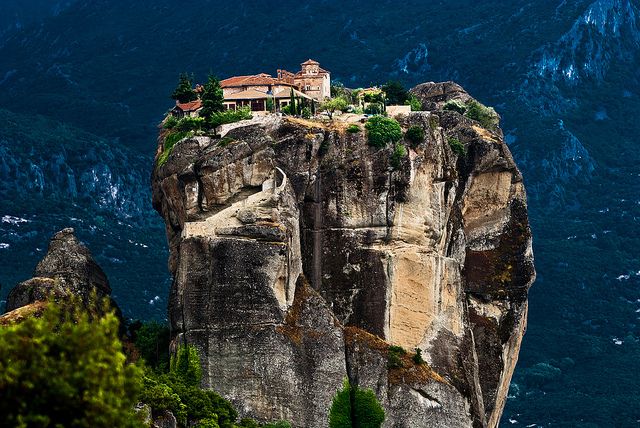 Myrtos Beach, Kefalonia Island
Myrtos is just a beautiful beach with no resort attached; it is situated off the main village road at the end of a track. The sheer contrast of the vivid turquoise waters and the sparkling pebbly white beach leaves you dazzled especially when viewed from the very steep mountains and cliffs. This beach offers a relaxing time in an unruffled lone setting, all you have to do is unwind. 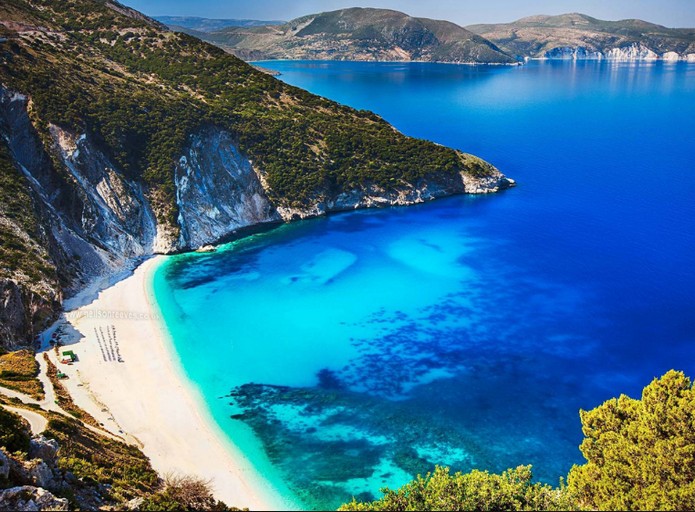 Naxos Island
Naxos is an authentic affirmation of all that completes Greece – pure, natural beauty with equal treasures of civilization. Relatively undiscovered by the tourist masses Naxos is the greenest island in the Cyclades with dominating mountains, lush valleys, and perfect beautiful beaches. The traditional white painted villages and winemaking factories are also other draws. 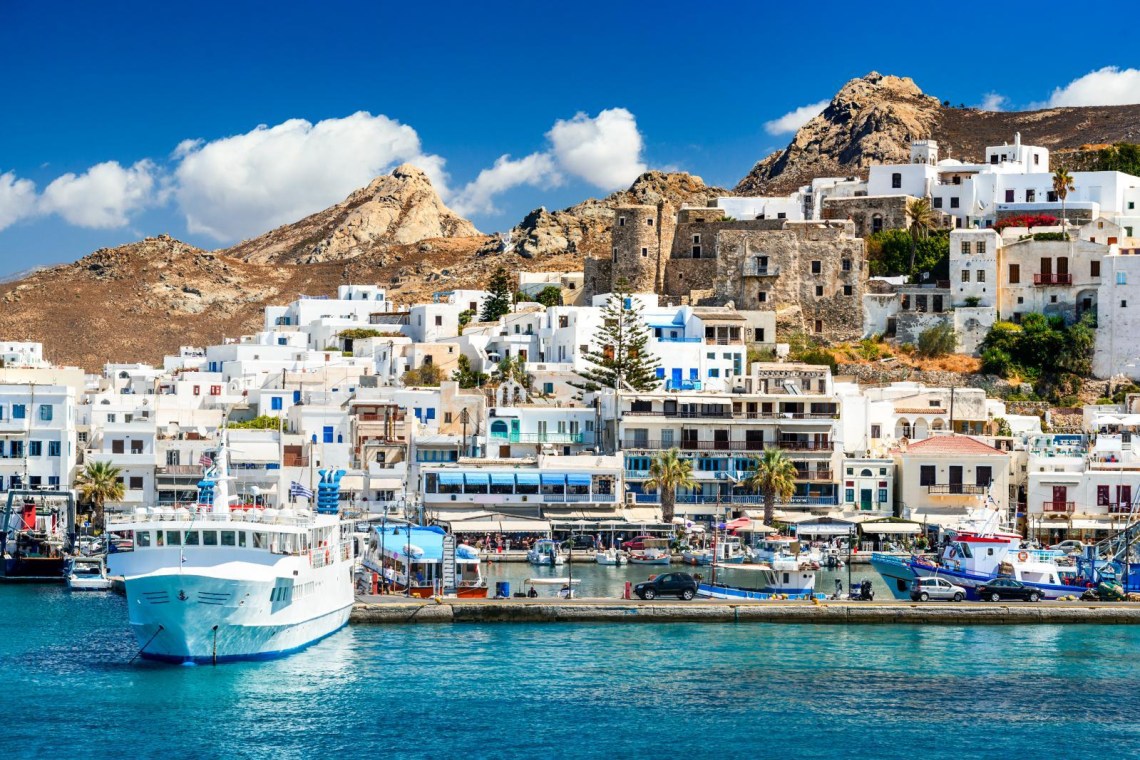