Share
As a landlocked country surrounded by Brazil, Argentina, and Bolivia, Paraguay has the world’s largest drinking water reservoir called Guarani Aquifer. The country is nature-blessed with diverse resources and natural landmarks. It is also the fifth-largest soya bean producer and houses the biggest hydroelectric generator. Paraguay’s thriving tourism sector is every nation’s ambition because this nation has been the most aimed tourist destination for most international travelers. 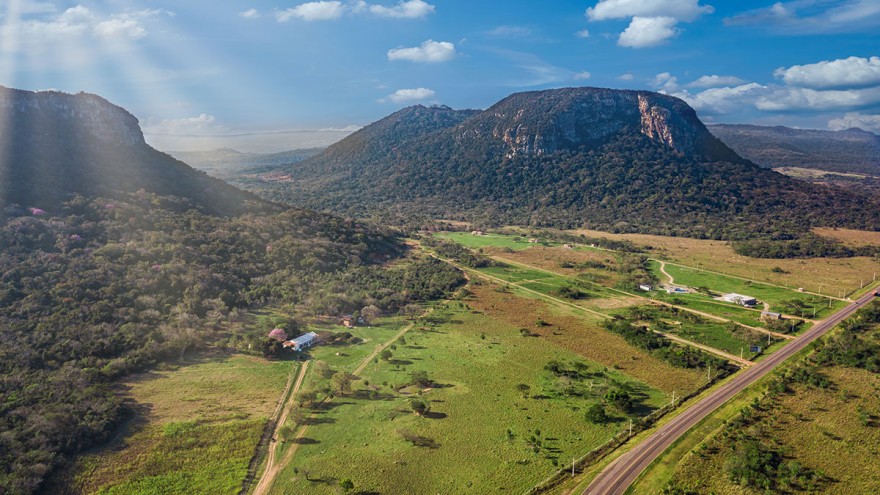 You can get to Paraguay by plane, bus or boat. There are regular flights to Paraguay’s capital city Asuncion coming from various South American cities. From Sao Paulo, Brazil, there are two daily flights to Ciudad del Este. There are no direct flights from the U.S. so if you’re coming from the north, the best option is through connecting flights in the neighboring countries. Paraguay is well-connected to the rest of South America through a network of bus lines. 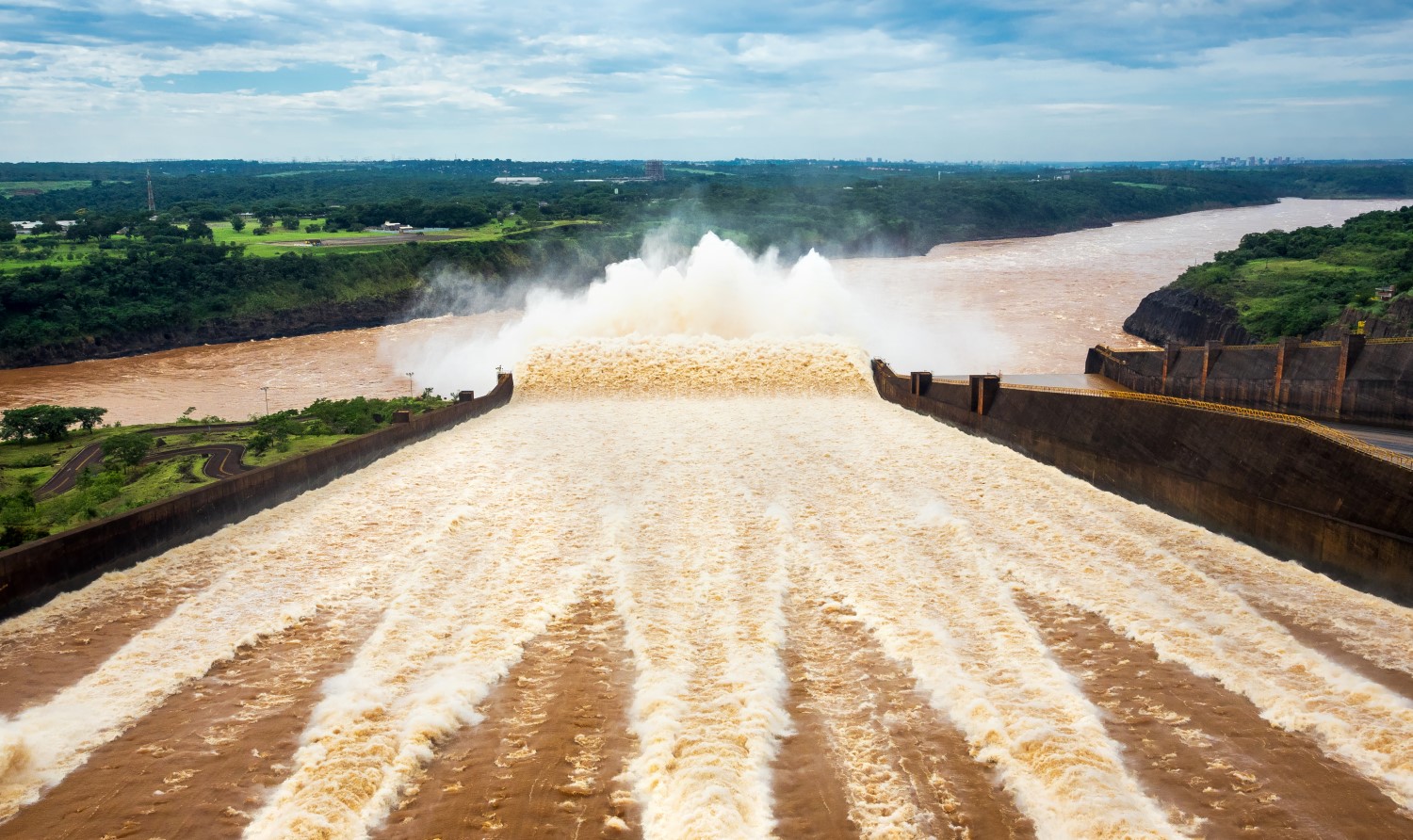 You can take a bus from Sao Paolo and Rio de Janeiro in Brazil, Buenos Aires and Cordoba in Argentina, Santiago in Chile, Santa Cruz in Bolivia, and Montevideo in Uruguay. Most of these buses are very comfortable and can be fully reclined. Passing through the Paraguay River and stopping in Asuncion, the boats are not usually meant for passengers so expect a not-so-comfortable ride. On the bright side, you could buy anything on board and they even serve beers! 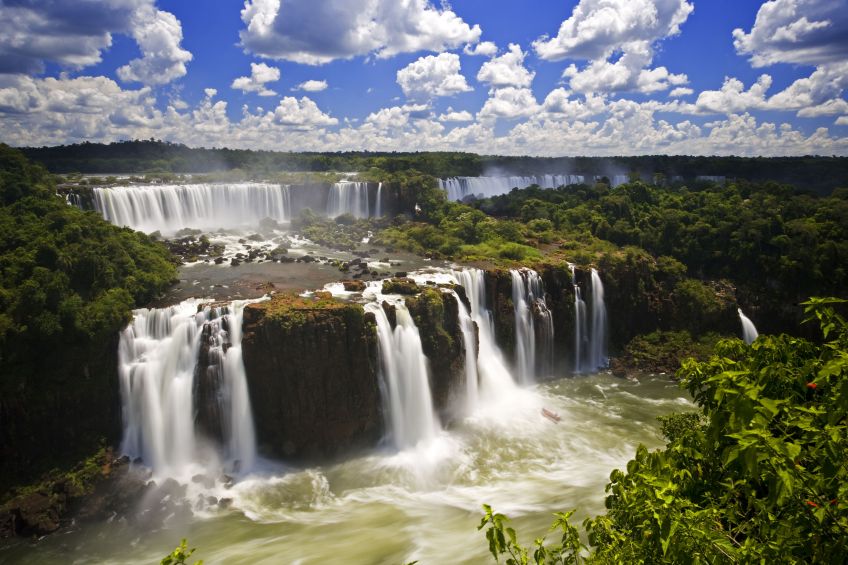 Accommodations in Paraguay are fairly cheap and are abundant in the major towns. The only exception is on Ciudad del Este, where prices are pretty expensive especially those located near bus stations. Nevertheless, expect a good night’s sleep in this area. Among the most famous spots to visit in Paraguay are the petroglyph sites such as those in Gary Rock and Ita Letrá. The petro-glyphs feature ancient writings, some of which are still visible until now. This has given rise to some theories about Celts and Viking settlements in the country. 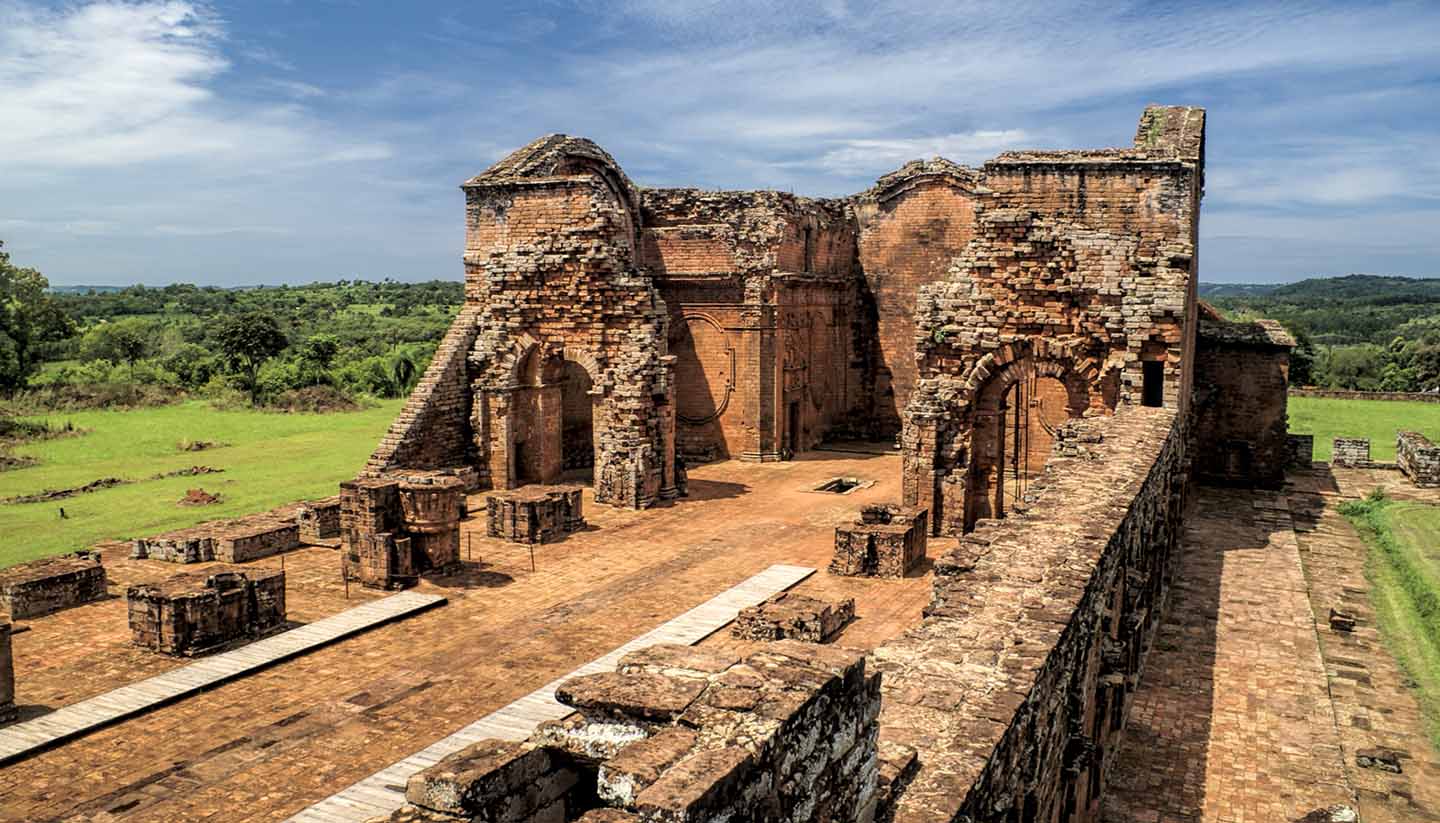 If you are a nature lover, you will be mesmerized by the amazing waterfalls that this country has to offer. Among the most popular are the 58-m tall, free-falling Aguaray Iguazu Falls and the 45-m tall, 120-m wide Monday Falls flowing through the Monday River. The 50-m Carapa Falls located in the Mbaracayú Forest features numerous small steps within the jungle. Not to be missed is what people call the “Niagara of Paraguay”, the Sunday Falls. This wonderful gift of nature will take your breath away with its scenic location. 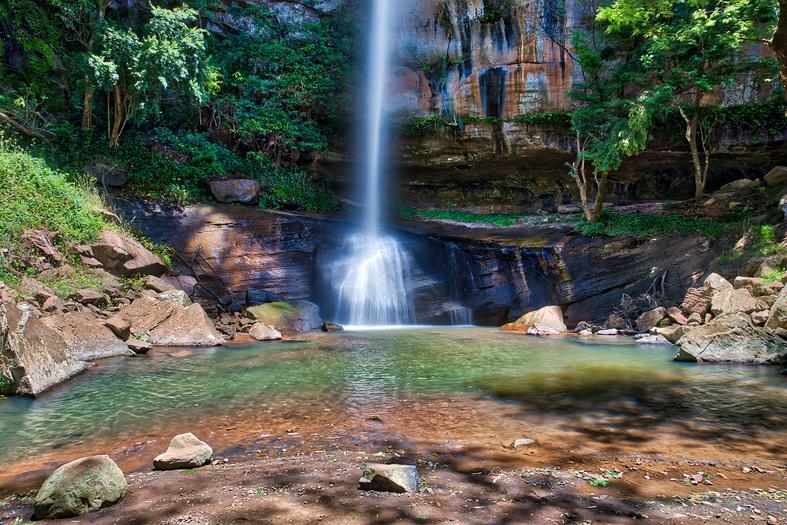 Other natural landmarks in the country that you shouldn’t miss are the Caverna Kamba Hopo, Cerro Koi, and Cerro Chorori, Ojo del Mar which features a small lake amidst the forest, and San Lázaro Caves, Vallemí from which you will see various stalactites and other cave formations.
Paraguay also prides itself on having several man-made landmarks, the most well-known of which is the La Santísima Trinidad de Paraná. Built-in 1706 by the Jesuit Mission, the ruins feature a decorated church and several other buildings. Other Jesuit Mission ruins include the Mision de Jesús de Tavarangué and Santos Cosme y Damián.
World Travellers 2012-09-15
+Jugoslav Spasevski
Share
Previous South Korea
Next North Korea