South Dakota is located in the Midwestern region and is bordered by the states of North Dakota, Minnesota, Iowa, Nebraska, Wyoming, and Montana. The state is named after the Lakota and Dakota Sioux American Indian tribes. Its capital is Pierre City.
South Dakota’s largest and busiest commercial airports are the Sioux Falls Regional Airport and Rapid City Regional Airport. Railroads also play an important role in the transportation sector in South Dakota. Road transport is the most used form of transport here. For tourists, there are several scenic byways. These include the Peter Norbeck National Scenic Byway found in the Black Hills, the Native American Scenic Byway along the Missouri River, Badlands Loop byway, and the Wildlife Loop Road Scenic Byway. 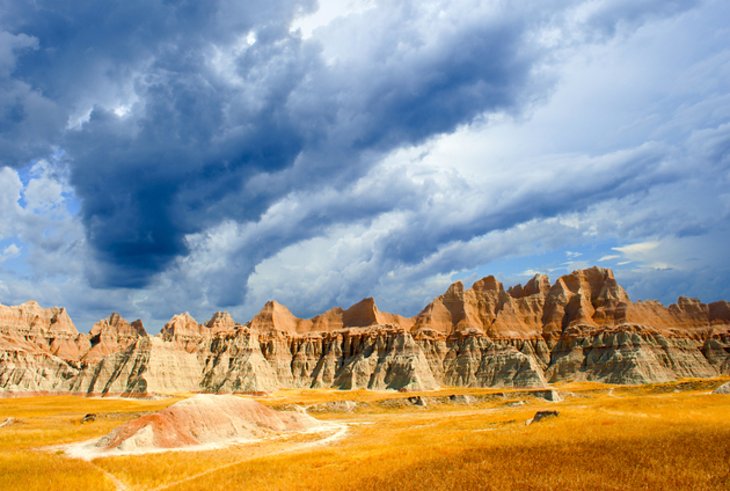 The Mount Rushmore National Memorial is often referred to as America’s “Shrine of Democracy.” It was carved into the side of granite on the Black Hills in 1927 by an artist named Gutzon Borglum. This national monument is now among the most visited tourist sites in South Dakota. 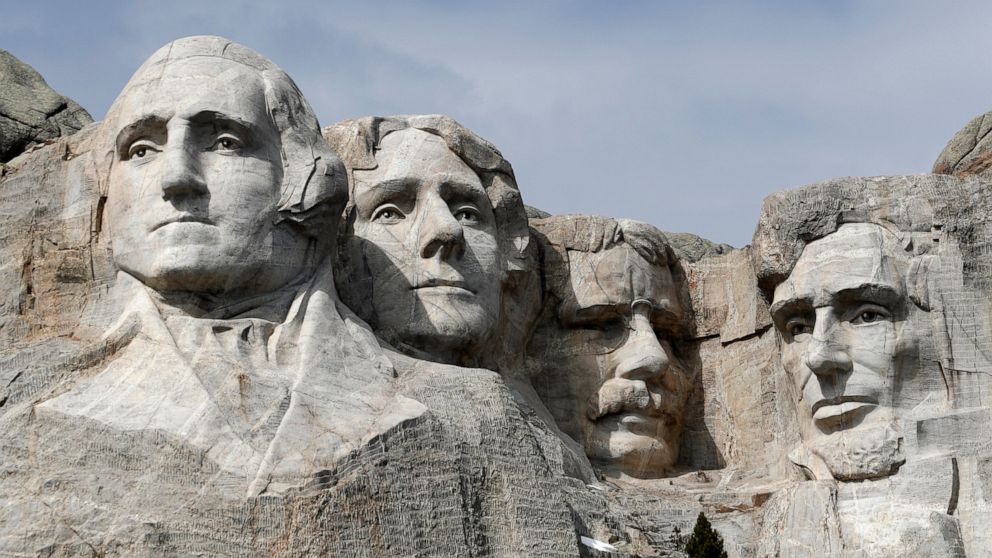 One of the most interesting attractions in South Dacota is the Corn Palace. This is a facility that is built-in 1892 and it is famous for the arena which hosts lots of cultural and sports events. This is an amazing creation that expresses the rich agricultural heritage of South Dacota. 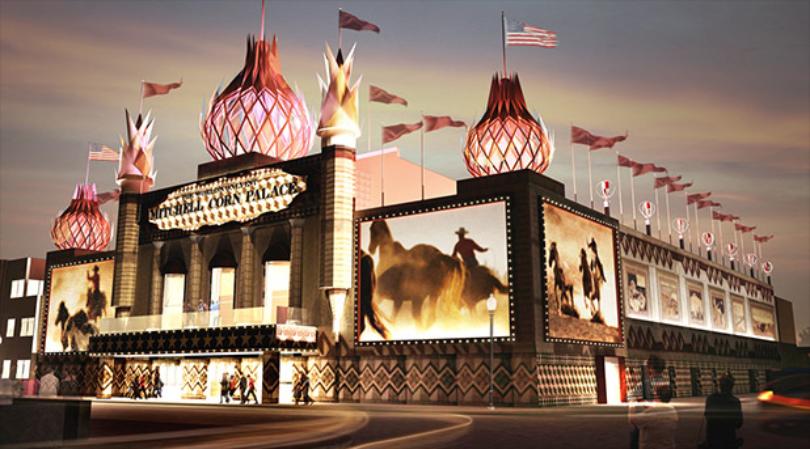 Crazy Horse Memorial is another important caving in South Dakota. The memorial meant to honor the culture and traditions of North American Indians is the world’s largest mountain carving in progress. Tourists flock the region to see the progress of the mountain carving. 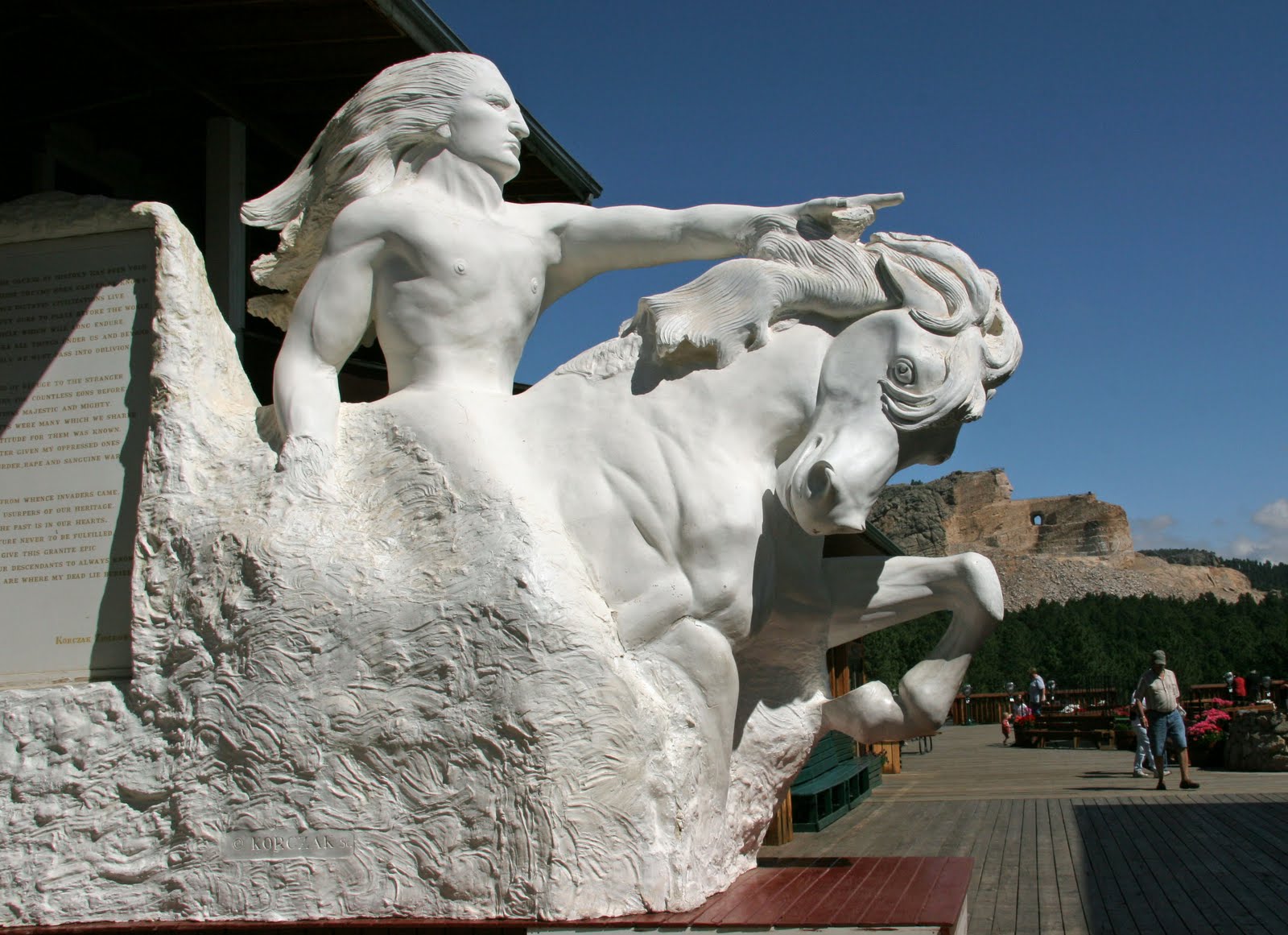 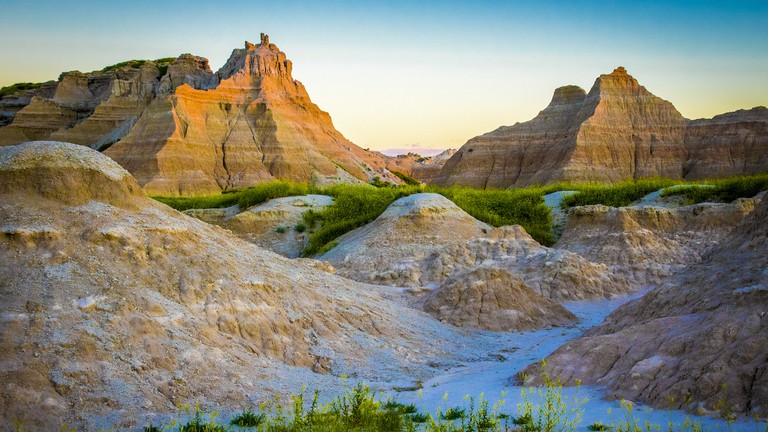 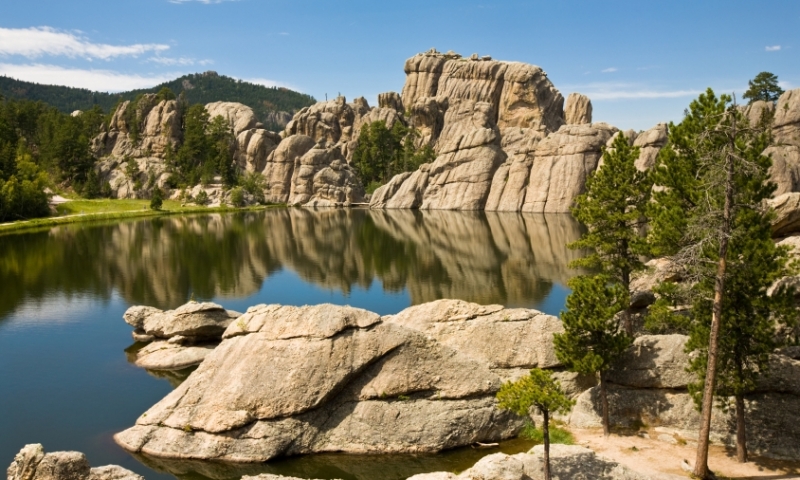 Several annual events celebrating South Dakota’s ethnic and historical heritage take place around the state. Custer State Park’s Buffalo Roundup, in which volunteers on horseback gather the park’s herd of around 1,500 bison, is the most popular annual event, other events include Czech Days in Tabor, Cinco de Mayo festivities in Sioux Falls and the annual St. Patrick’s Day.
The Minuteman Missile National Historic Site is situated adjacent to the Badlands National Park. It contains the Delta One Launch Control Facility and the Delta Nine Launch Facility. These are some of the nation’s oldest wartime technology dating back to the Cuban Missile Crisis in the 1960s. And only minor modifications have been made to the deactivated sites, and much of the original mechanical equipment and historic furnishings remain intact.

Wind Cave National Park was established in 1903 in the Black Hills and its famous the extensive cave network of a cave. Wind Cave is one of the world’s longest and most complex caves. The national park is also known for its large herd of bison. The Jewel Cave National Monument, also located in the southern Black Hills is the second-longest cave in the world at 141 miles. It is named after its colorful calcite crystals which form jewel-like formations. The official length of Jewel Cave is continually growing as explorers find new passageways.