Share
China is a country famous for its descendant background in an unforgettable culture, legends, and spectacular flora and fauna. Among these wonderful creations is the Huangshan Mountain range also known as The China Yellow Mountain. This feature lies in the east part of China in a province called Anhui. It is strategically reachable since one has to arrive at the Huangshan City and travel fifty kilometers northwards to reach the Huangshan Mountain. 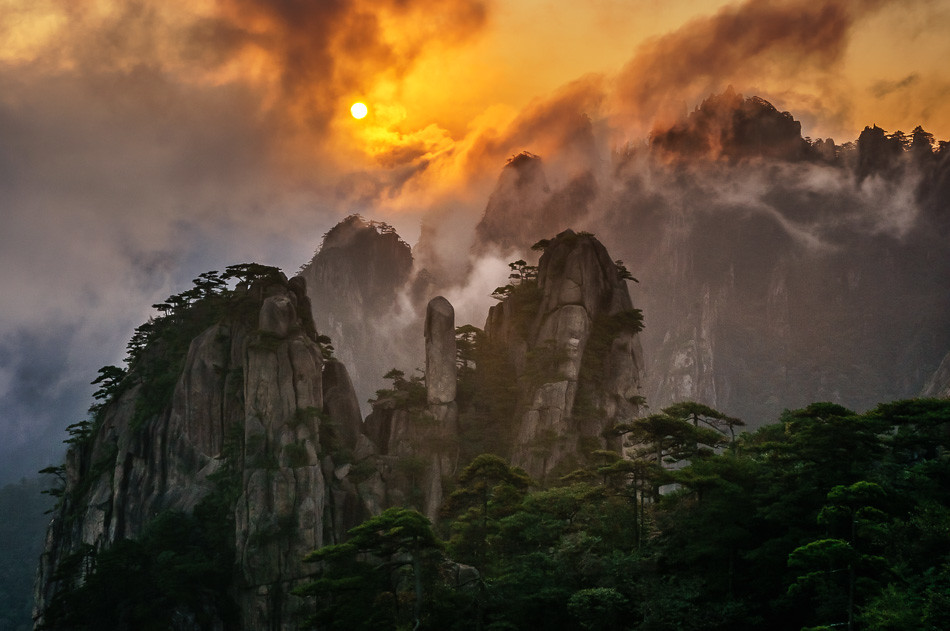 The China Yellow Mountain is a scene that experiences frequent visits by both local and foreign tourists. It covers a land area of one hundred and fifty-four square kilometers. The view when you reach the place consists of numerous mountain peaks, brilliant lakes, unending waterfalls, heavenly springs, and attractive plants. To name some of the peaks: The Bright Summit which is more than six thousand feet (one thousand eight hundred and forty-one meters) above sea level, and The Heavenly Capital Peak that is one thousand eight hundred meters above sea level. The climate is cool but there is some warmth during the summer season.
There are various fun activities to enjoy at the China Yellow Mountains. The activities are hiking around the region, traveling using cable cars from high latitudes and hot springs to embrace during the summer. 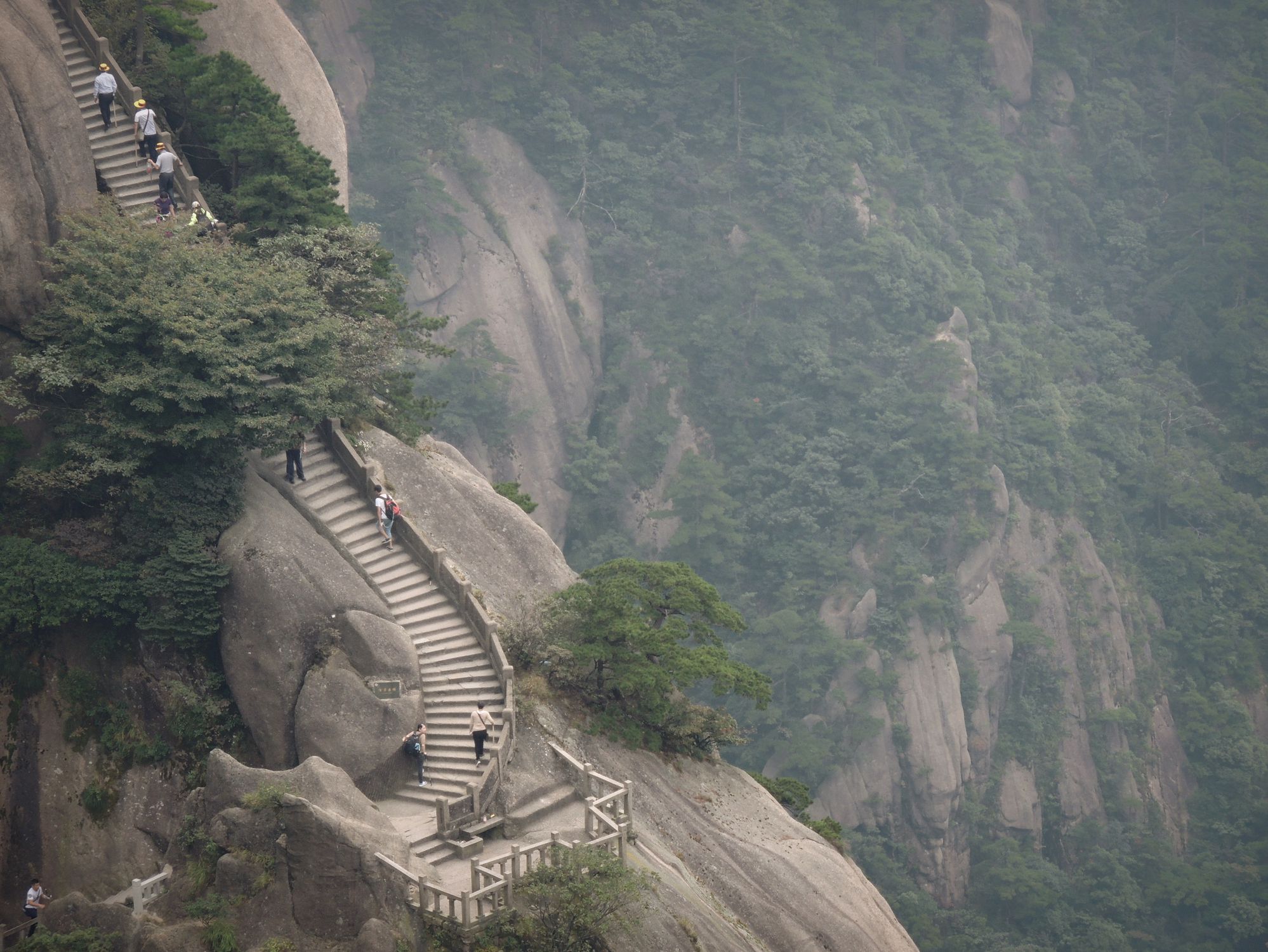 The Huangshan Mountain claimed its title from a popular ancient, legendary person called Huang Di of the sixth century. He was a successful specialist in creating magical pills, which were meant to help people deal with immorality the community of the area that existed by then. The China Yellow Mountain is a tourist attraction that welcomes visitors strictly for two hundred days per year. 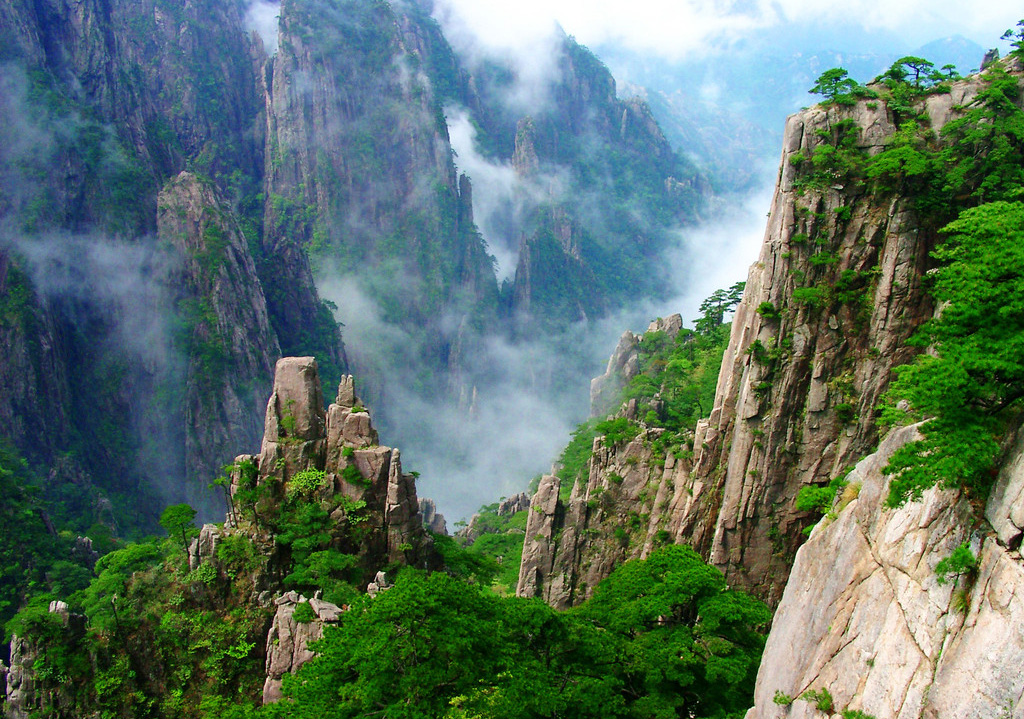 Lying in the northern hemisphere of the globe and close to the North Pole, Huangshan Mountain experiences strict shifts of seasons. Each season has its melody of shining the unique beauty of the mountain range region. The summer seasons grace the Huangshan Mountain with the bright shine of the sun in the sky, green vegetation, and one to two rainbows around the area. Spring season brings about a freshness of the vegetation and clear skies. Although the change in seasons, some dominant beauties reign throughout the year like the view of clouds, glorious sunsets, rich mountain peaks, splendid vegetation like the Huangshan pine trees.

Huangshan Mountain also has cultural attractions to show and take anyone back to several centuries ago with interesting legends and principles some of which are still prevalent to the present in China. There are unique carvings, the architecture of buildings, and uniquely blended clothing to preserve the ancient Chinese culture.

China Yellow Mountain offers accommodation for visitors to enable them to stay much longer to view more of the region that is undeniable to everyone to explore. The hotels offering the homage hospitality are accessible within five kilometers from the Summer Palace. One of the popular hotels in the region is the Huangshan Xihai Hotel, a four-star hotel that lies at the top of the Huangshan Mountain.
Featured Travel Craze 2012-01-05
+Jugoslav Spasevski
Share
Previous Norway
Next Netherlands – Tourist Attractions in Holland