Share
Amsterdam, with its 1 million inhabitants, is the capital of the Netherlands. With the various Amsterdam apartments offered here, you and your loved ones will surely find this an excellent destination for your vacation. This capital city is undoubtedly the most frequented place in the whole of the Netherlands. It is the center of culture, trade, science, and… fun! The government however is settled in the Hague, so a very informal and relaxed atmosphere prevails in here. Amsterdam is commonly known and labeled as ‘the city of non-conformism and tolerance’. This European city is one of the most charming ones because of its delightful architecture and the water channels which will remind you of Venice. Dutch people are incredibly friendly and most of them, regardless of their age, speak at least conversational English.

Moving around Amsterdam is very easy. Popular places are all near one another. Locals are helpful, so do not hesitate to ask for directions. Numerous attractions bring a lot of tourists. Amsterdam’s lovely canals and more than 1500 bridges give the city a very romantic appearance. Some of the best world museums are here including the Van Gogh Museum, Rijksmuseum and Stedelijk Museum, as well as the Home of Anne Frank. 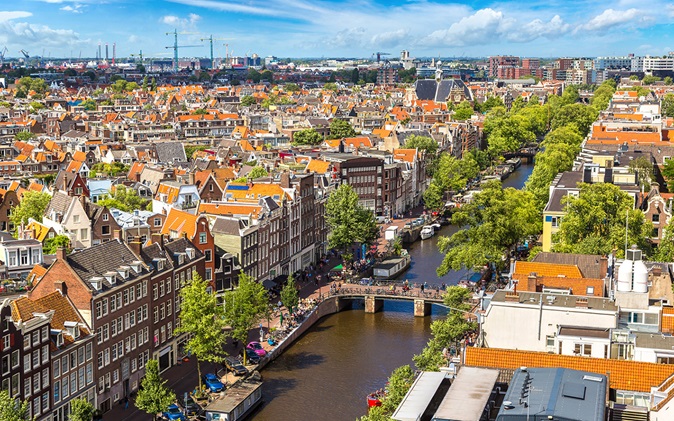 If culture is your main point of interest you may want to know that the worldwide known Royal Concertgebouw Orchestra, the Dutch National Ballet, and the Dutch Opera are located in Amsterdam. The cobblestone paved streets and the old buildings mark a long history. The city spreads very fast and as opposed to the old parts you will also find a great deal of modern architecture in the recently emerged suburbs. Amsterdam is an attractive tourist destination for everyone. From culture and history to romantic vacations and family trips Amsterdam has a lot to offer.

However, those who enjoy Amsterdam the most are young people seeking for fun and recreation. Hundreds of affordable hotels, restaurants and cafes, clubs, and parks make this city a desirable vacation spot for lots of students during summer and spring breaks. Amsterdam promotes a liberal way of living and that is probably the main reason for young people’s high interest in coming here. Law is not that strict when it comes to small amounts of cannabis and hard-partying. However, one should always be careful not to cross the line as police will not tolerate excessive type of misbehavior. 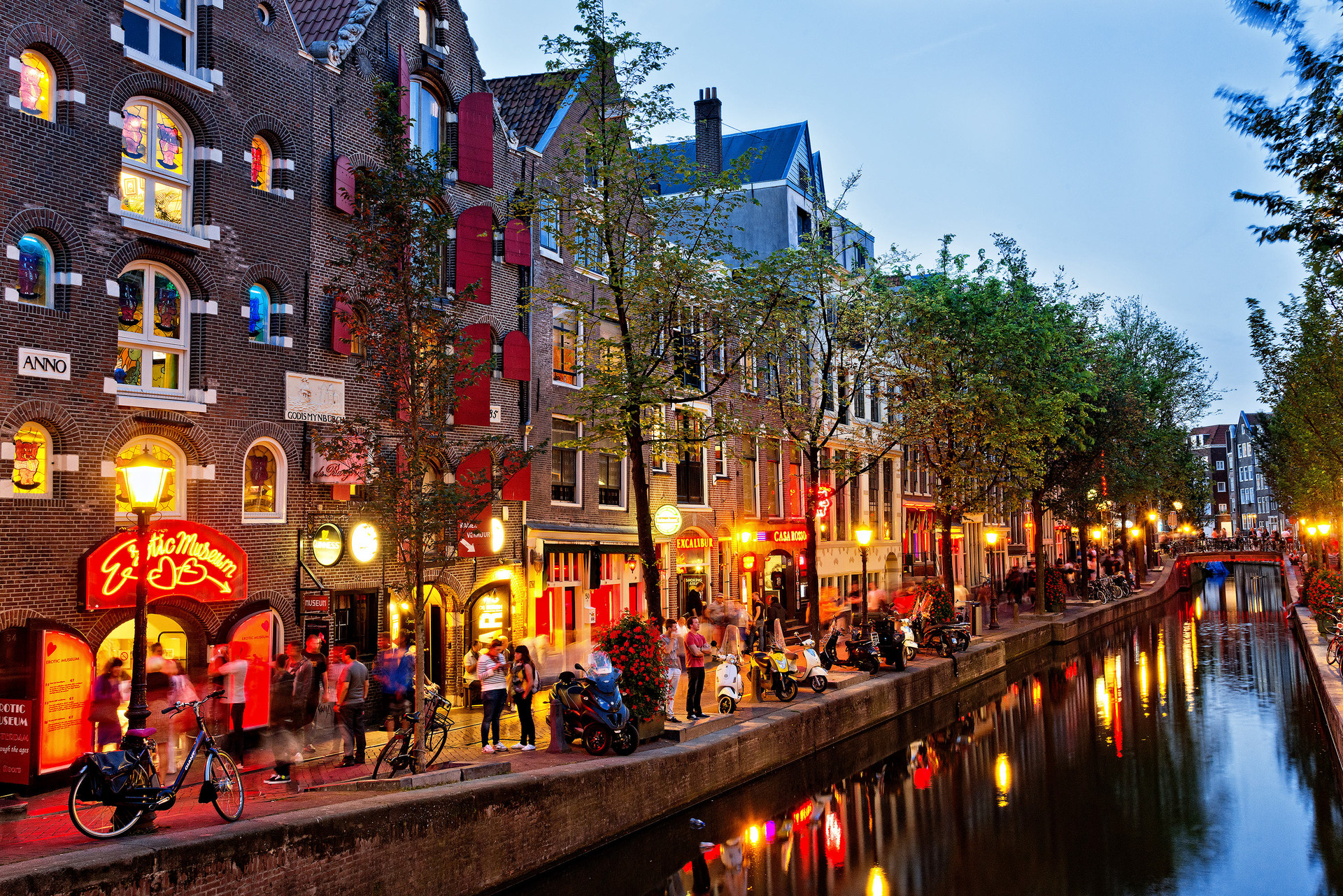 There are a few ways to reach to the Dutch capital. The most convenient one is the modern Schiphol airport, just a couple of kilometers from the city center. At the same time, the airport serves as a train station, offers a lot of shopping possibilities and car rentals. There are train lines to Amsterdam from all the major European cities and once you are in Amsterdam you can take a train to get to almost any other place in the Netherlands. The same goes for the bus service. For those who prefer the alternative way of traveling, Amsterdam is accessible by boat too. The best two options for lodging are the areas near the airport and the city center. Shuttles from the airport to the city center run on daily bases with busy schedules. 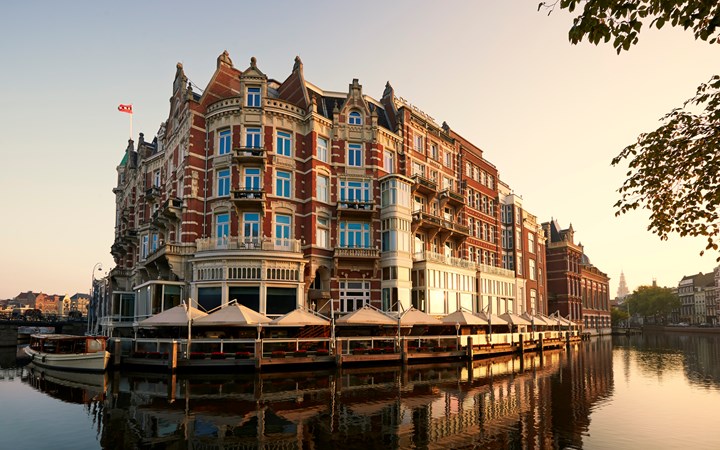 Amsterdam is amazing in spring and summer. Temperatures are not that high and this makes it perfect for sightseeing. Winters are not extremely cold either, but walking in Amsterdam in January or February is not as pleasant as it is in spring. A visit in spring has other advantages two: Queen’s day and tulips which represent a symbol of Holland. 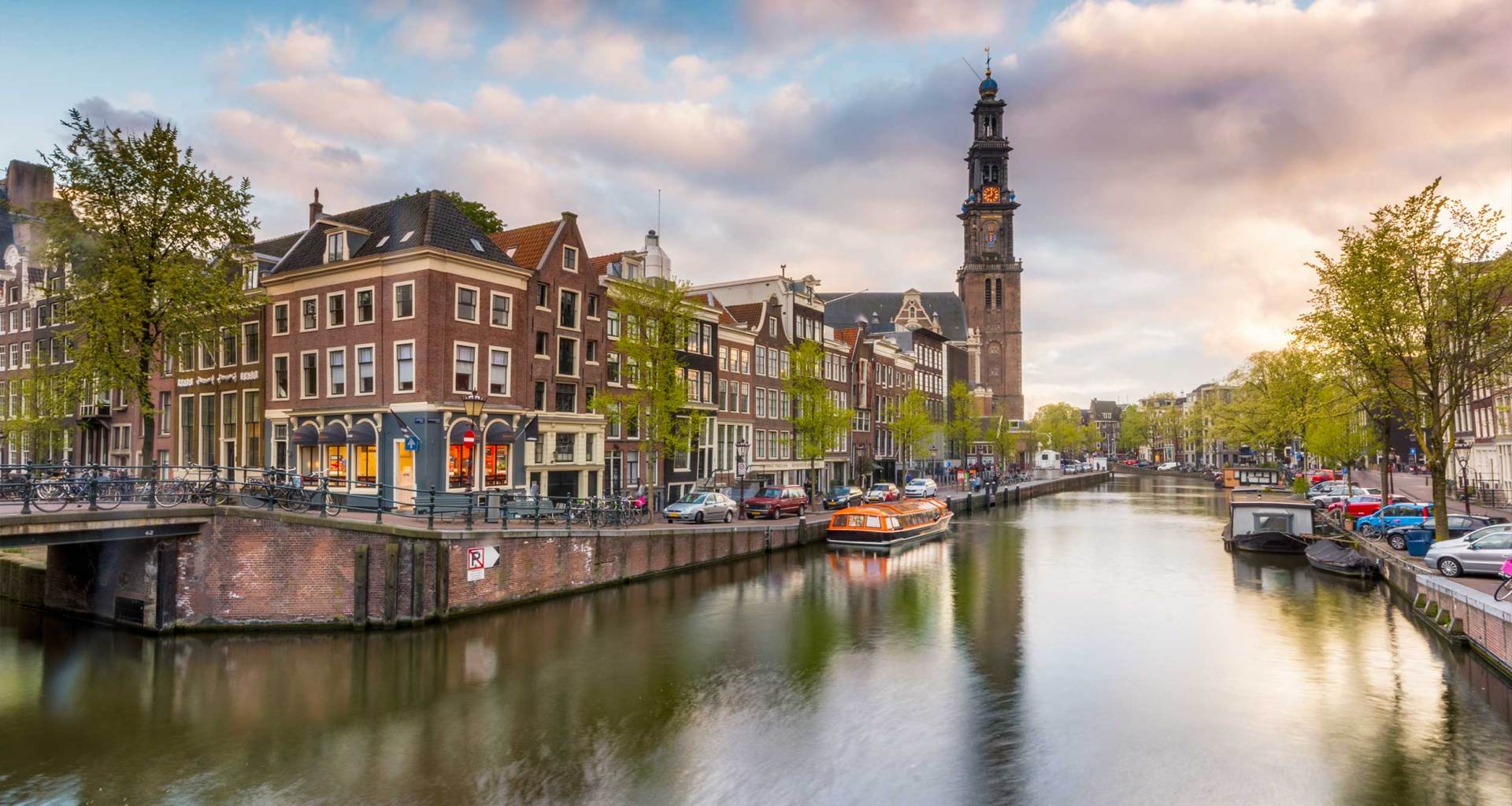 Whatever you have heard about Amsterdam is not even close to the real beauty of the city. There are thousands of things to do and see here. On the same day, you can go way back in history or party in trendy clubs and cafes. A trip to Amsterdam is the perfect combination of unforgettable fun and cultural enhancement.
Featured Travel & Honeymoon 2011-07-11
+Jugoslav Spasevski
Share
Previous Varna, Bulgaria
Next Albena, Bulgaria