Share
Florence is the capital city of the Tuscany region in Italy. It is renowned for its history. It was a center of European trade and finances and the wealthiest cities during the medieval times. Considered by many as the origin of the Renaissance and is often referred to as the Athens of the Middle age. This great history attracts millions of tourists every year to the city with major attractions being the renaissance art and architecture, museums, art galleries, and monuments.
Firenze Santa Maria Novella railway station is Florence’s main national and international railway transport hub. A new high-speed rail station under construction is expected to be completed by 2015 and is planned to be connected to Vespucci airport, Santa Maria Novella train station, and the city center. 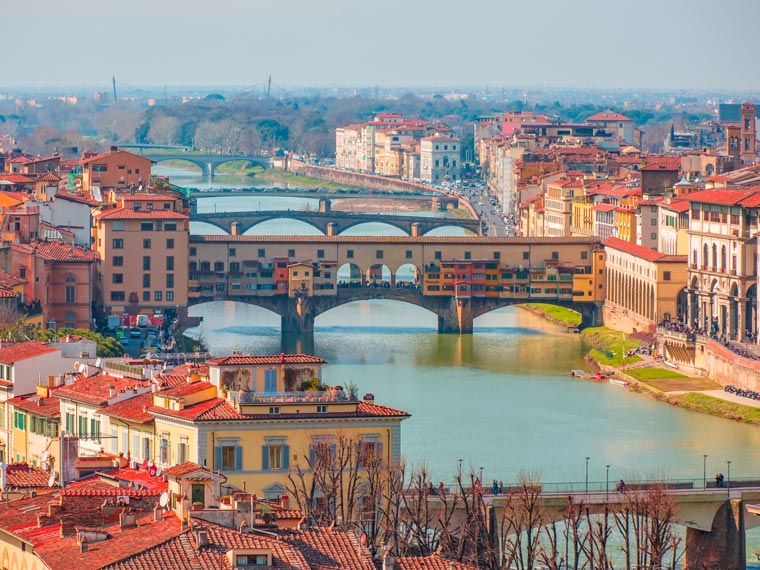 The major road transport network within the city is run by the ATAF and Linea bus company, with tickets available at local tobacconists, bars, and newspaper stalls. Long-distance 10 km of buses are run by the SITA, Copit, CAP, and Lazzi companies. The center of the city is closed to through-traffic, although buses, taxis, and residents with licenses are allowed.
Florence city is an important tourism center with numerous tourist attractions within the city. Some of the attractions are:
The Pitti Palace was built on the quieter south bank of the Arno River is such an important attraction within the city. This is a Medieval family palace contains galleries of their art and treasures. It has beautiful gardens which offer a wonderful opportunity for a relaxing stroll and breathtaking views of the city. 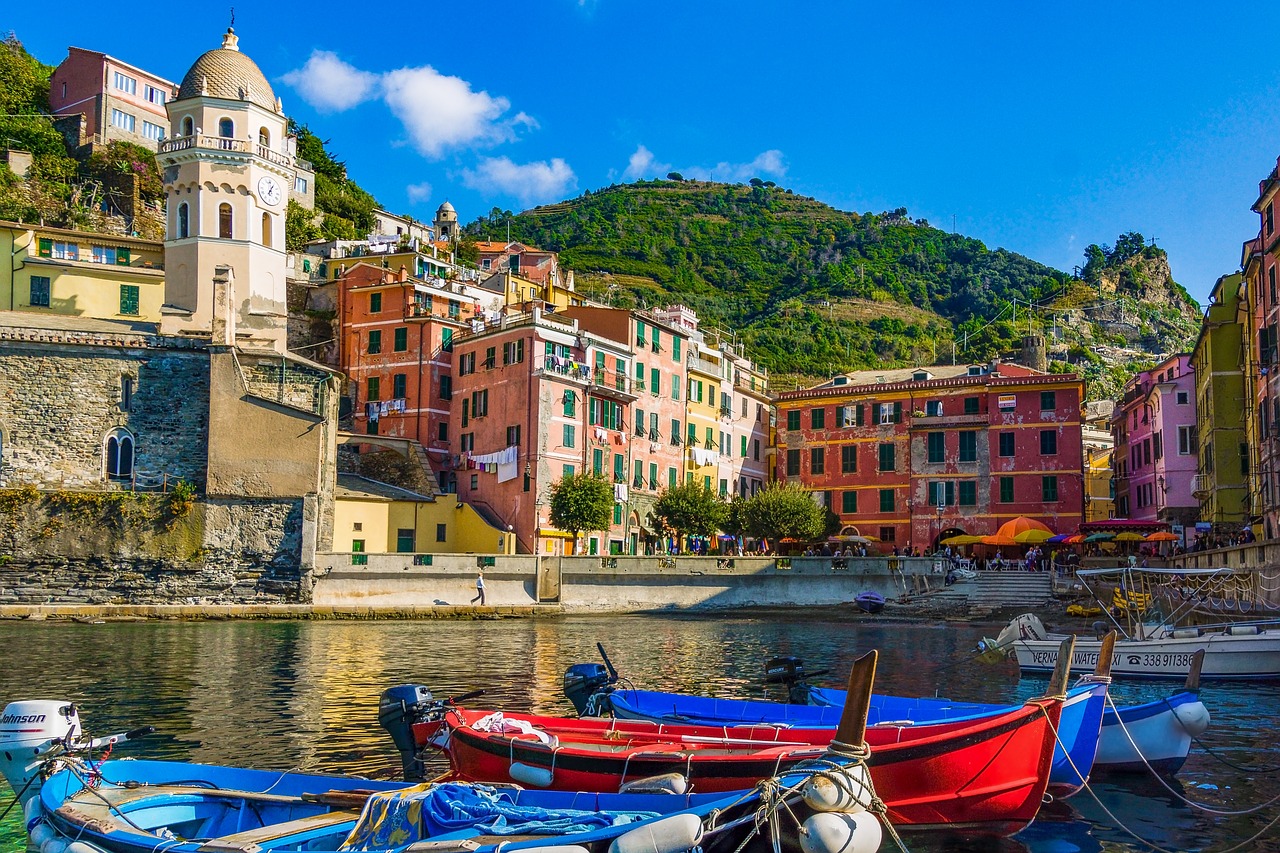 There also several museums worth visiting. The Cathedral Museum which has artworks formerly in the Duomo and surrounding religious buildings, including sculptures by Donatello and another version of the Pietà is one of the most interesting museums to visit. The Institute and Museum of the History of Science, is another great museum in Florence. 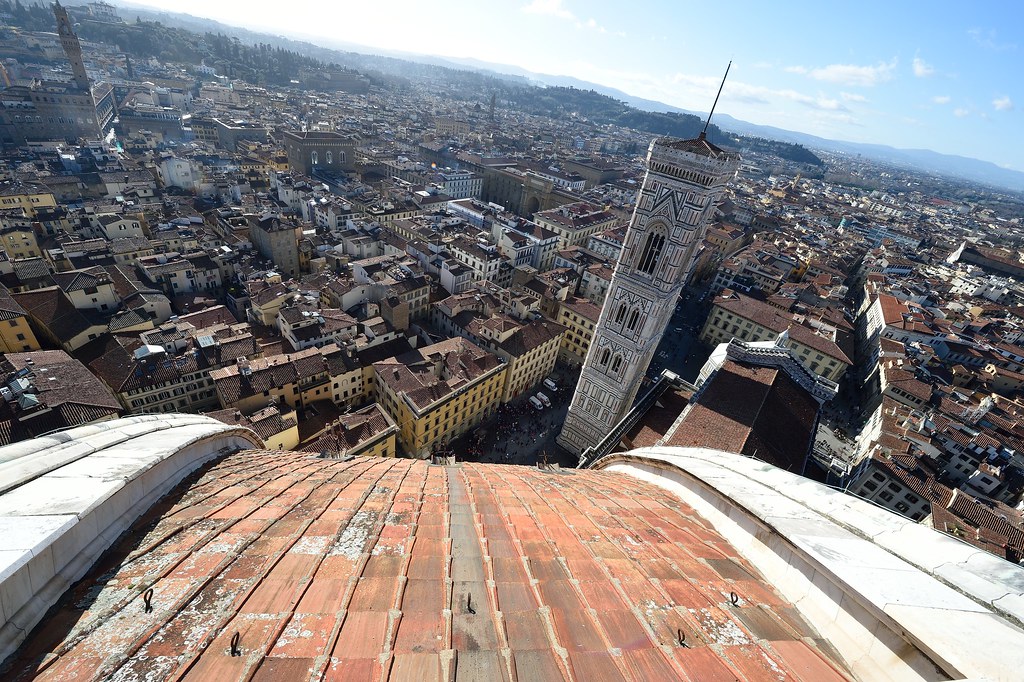 This museum displays various instruments used in various scientific fields such as mathematics, physics, biology, chemistry, astronomy Santa Maria del Fiore, which is often referred to as the Duomo di Firenze is the city’s beautiful cathedral that symbolizes the city. With four hundred and sixty-four steps, Brunelleschi’s huge dome was an engineering miracle during the renaissance.
Santa Croce church houses the monumental tombs of Galileo, Michelangelo, Machiavelli, Dante, and many other notables Italians under its artistic decorations. There is also great artwork in the church Santa Maria Novella is a beautiful church situated adjacent to the rail station and contains great artwork, including a recently restored Trinity by Masaccio. Next to the church there is the Chiostro Verde, which contains frescoes by Paolo Uccello which are unique in style and well worth seeing. 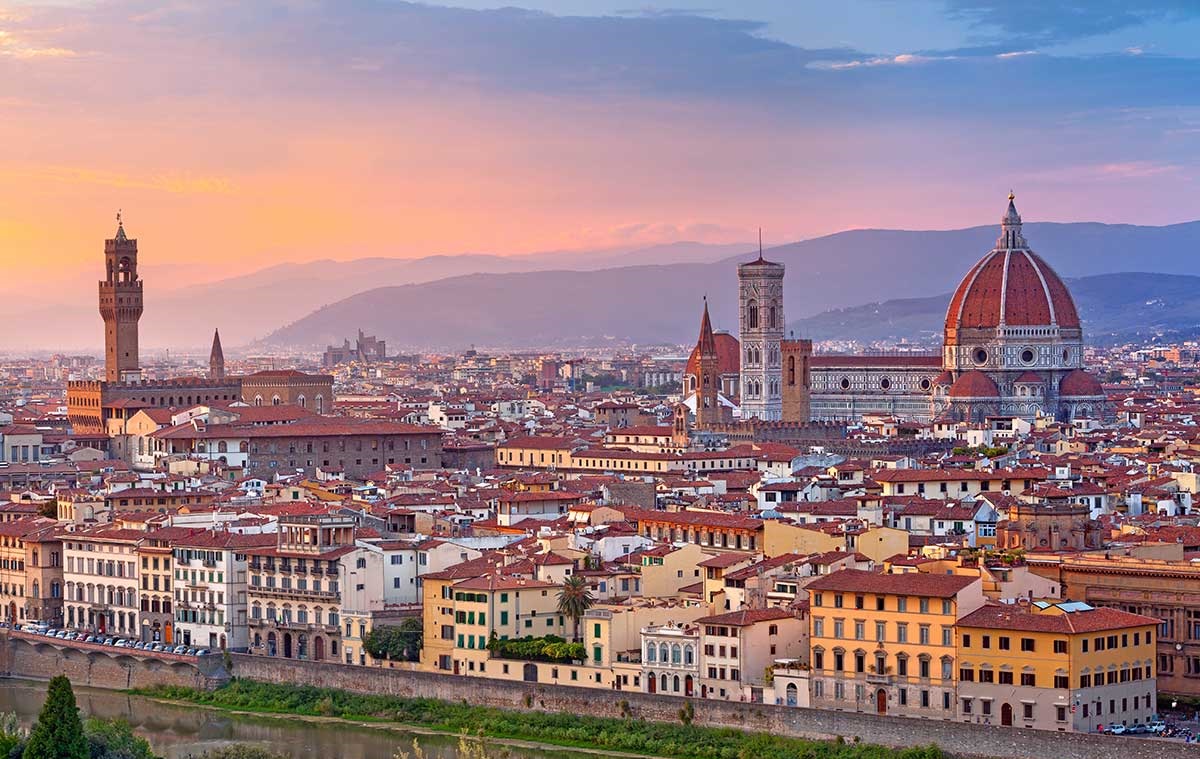 Palazzo Vecchio is a replica of Michelangelo’s “David” and it is placed outside the main door in the original location of the statue, which is a symbol of the Commune of Florence. There are also other displays forming an important collection of Renaissance sculptures and paintings, including the Putto, by Verrochio, and the series of murals by Giorgio Vasari.
My Travels 2011-06-11
+Jugoslav Spasevski
Share
Previous Saint Petersburg, Russia
Next Zimbabwe